I am making a project where I can identify leaves by taking a picture of them and a database. I will use their widths to determine their shape. So, I worked across the stem of the leaf each width and plotted them onto the following graphs.

The data of my graphs are located at: https://docs.google.com/spreadsheets/d/1HnYYA9keX7jjkhp4tocd2gy-i8VtHzYaS28fax-Nofc/edit?usp=sharing

To compare two graphs, I take the minimum of two functions: 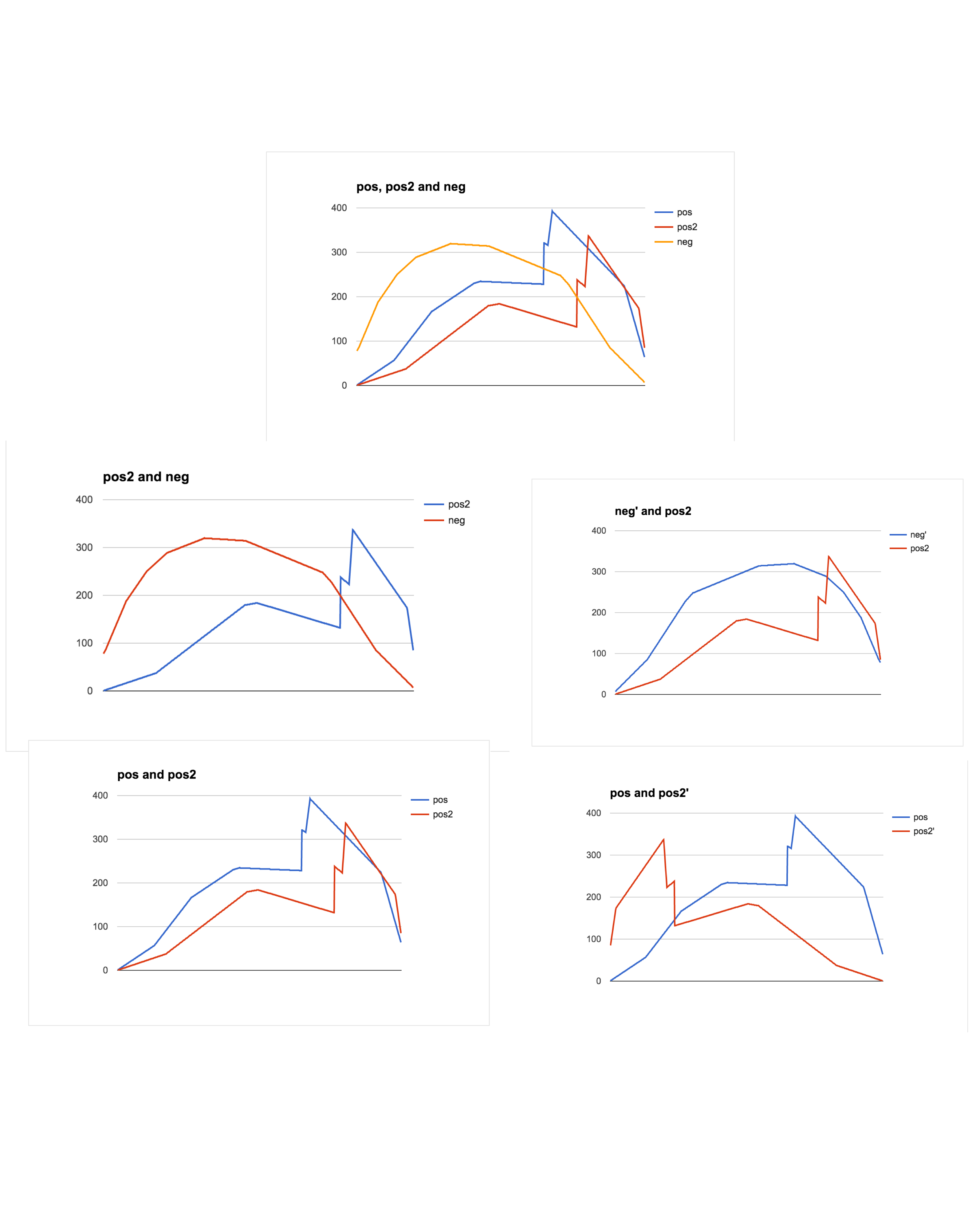 So, the problem is, the difference between two very similar leaves is actually greater than two very distinct leaves.

On the last layer, when two very similar graphs are compared, (both acer) they return a much higher difference, with 40084 (normal) and 85664 (reversed), and returns the minimum of 40084, which is a higher difference than the first comparison.

I’ve tried standard deviation of the differences, squaring differences, Intersection Correlation, but had no luck. So, since the current measurement metric doesn’t work on this, what is a concise, straightforward, and better way to measure the difference between two graphs?

One way to compare similarly-shaped data that is translated in time is to look at the correlation between them.

If I do this in scilab:

then I get this:

Not the answer you're looking for? Browse other questions tagged waveform-similarity or ask your own question.

11
Good metric for qualitatively comparing image patches
0
Audio signal comparison for automatic singing evaluation
2
Signal matching: How to quantify the difference between two signals of varying frequency
7
Calculating similarity between two signal plots
0
Similarity between two Signals: cycle by cycle
1
Comparing two time domain signals in a scale and shift-invariant way
3
How to match two signals that have similar shape but are scaled and expanded?
0
Is mean squared error or absolute error on two spectrograms of two different wav files enough to compare how similar they are?
0
Which algorithm could be used to compare two waveforms from an oscilloscope in XY mode?