I am not sure if this is the right stackexchange community for this question, but here goes.

I am generating a Gaussian Random Field (GRF) of a pre-defined power spectrum. In the image below, the input power spectrum is shown (in each panel) as the solid, smooth red line.

As a sanity check, I get the power spectrum of the resulting realised GRF. In the image below, I show this power spectrum for the original, high resolution random field realization in the upper right panel in blue. As we can see, it follows the input spectrum closely, as required.

Now, for an application I want to downsample the original image (by a factor of 2; that is, every 2x2 block of pixels becomes one pixel in the new image). If I then take the power spectrum of this downsampled (and thus lower-resolution) image, it does not follow the input power spectrum anymore; this is shown in the lower-left panel.

Which leads me to believe that the discrepancy is caused solely by the downsampling. This is puzzling to me however, since downsampling seems so straightforward (perhaps deceptively so). Below, I also give the (python) code used to downsample the image.

So, rephrasing my question for clarity: Why is the power spectrum of the downsampled image not in qualitative agreement with the original power spectrum? 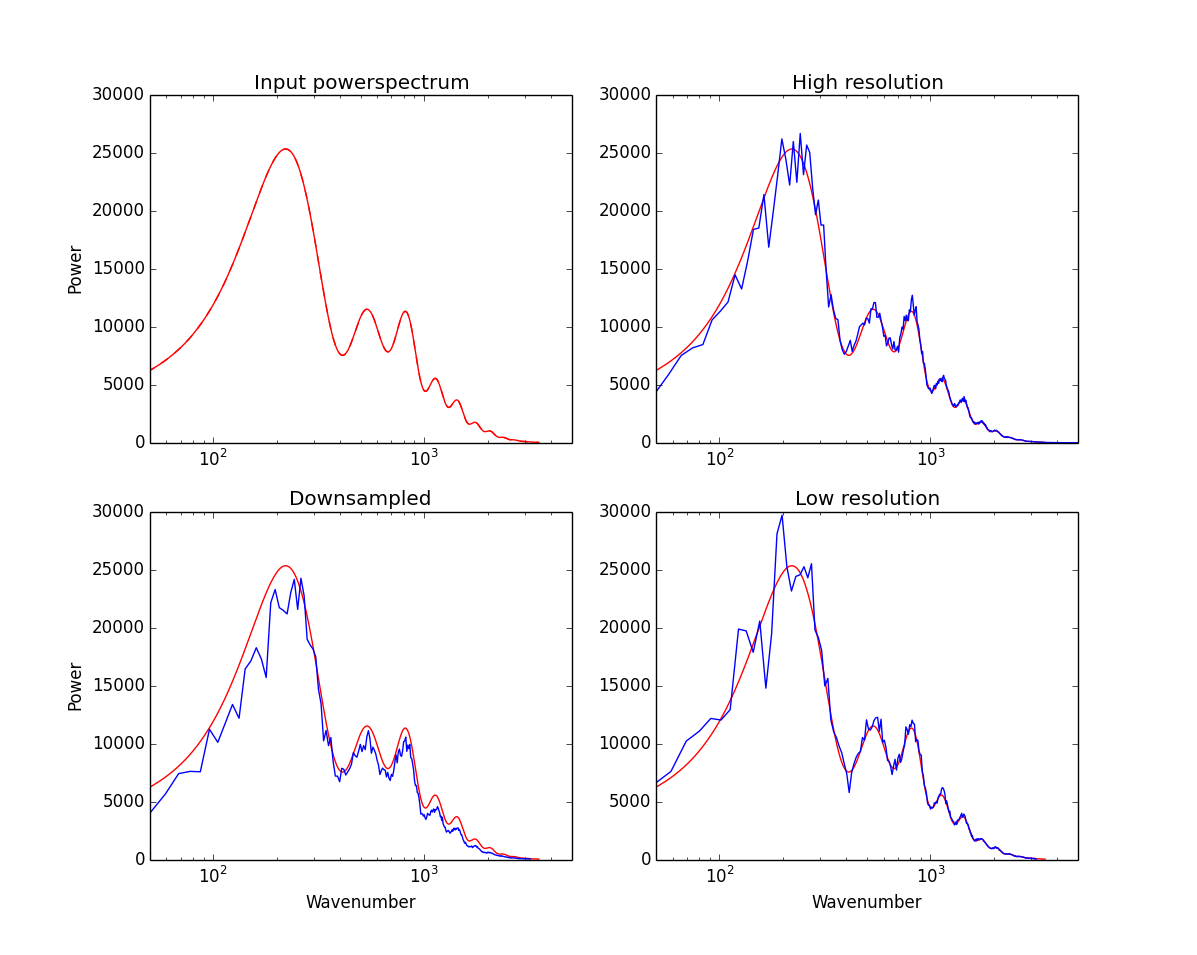 I have solved the problem.

Since I was taking the sum of 4 pixels in downsampling, what I was doing in effect was convolving with a sum of delta functions (that is, one delta function for each pixel). In Fourier space this translates to multiplying with a cosine, which explains the increasingly strong (relative) discrepancy between input and observed power spectrum.

To mitigate this, Wikipedia helped me out. If we first implement a lowpass filter in Fourier space (filtering out high frequencies, to avoid aliasing later on), and then reduce the sampling rate (to 1 in 4 pixels), we get the desired result, and indeed: the observed power spectrum looks nice up until the cutoff: 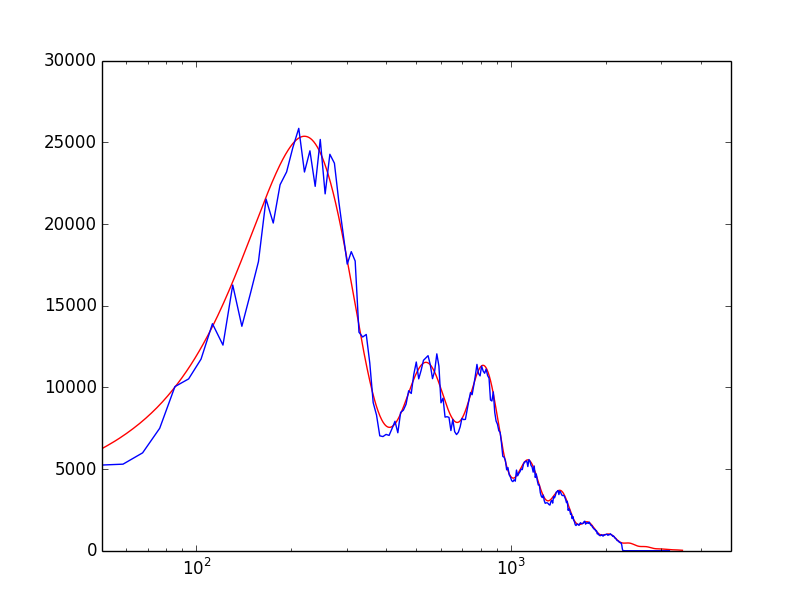 Not the answer you're looking for? Browse other questions tagged power-spectral-density gaussian downsampling or ask your own question.

4
Downsampling oversampled image (smallest size which retains image 'detail' within acceptable limits)
0
Image getting completely white on downsampling
5
Translation invariance in max-pooling and cascading with convolutional layer
0
How good or bad my downsampled data is?
0
How do wavelet levels depend on one another?
0
Downsampling issues
0
Downsampling - how many extra samples to include