Sinusoidal liftering in implementations of MFCC

Some implementations of MFCC apply sinusoidal liftering as the final step in calculations of MFCC. It is claimed that speech recognition can be significantly improved. For instance, if $\text{MFCC}_i$ is a cepstral coefficient, and $w$ is a lifter, then $$\widehat{\text{MFCC}_i}=w_i\text{MFCC}_i$$

is a liftered cepstral coefficient, where $w_i$ for sinusoidal liftering is defined as:

When I look at the equation, I understand the sinusoidal function has a shape such that its maximum is in the middle and approaches to zero at edges. Therefore, cepstral vector's first and the last coefficients are is reduced to zero while the middle one is intact.

Why is liftering applied and how does it improve the speech recognition?

that the reason is because the filtered versions give less weight to the higher coefficients which provide less discrimination than the lower ones.

That paper references this one$^2$ which shows the plot below indicating how the application of window reduces the variability. 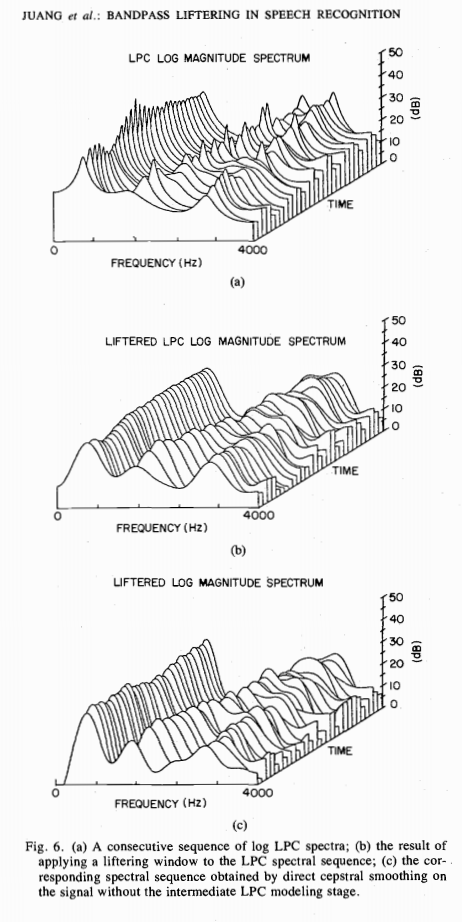 It seems much more likely that this liftering is to do with making the 12 coefficients more equal in variance. That would be useful if you were planning to use an unweighted Euclidean metric for comparison of MFCC vectors later. Presumably you don't need to do this if you have a separate variance normalisation or use a weighted-Euclidean metric.

It just lift the high frequency part coefficients we can refer the HTK book, equ 5.12

We can plot the 12 coeffs while using these condition: 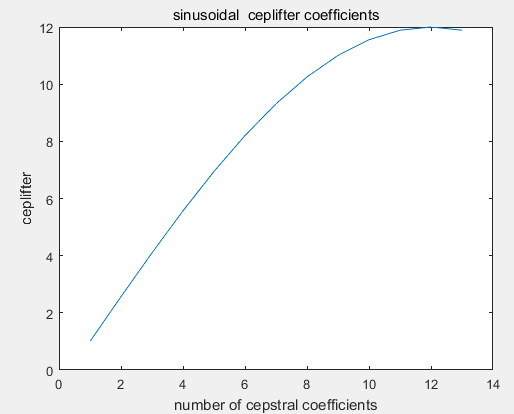 definitely you will get the effection of "lifting" as pic shows

Not the answer you're looking for? Browse other questions tagged mfcc or ask your own question.