Clarification regarding signal after pulse shaping

As can be seen from the figure below, I have plotted a signal before it is pulse shaped and after performing half sine pulse shaping using the formula 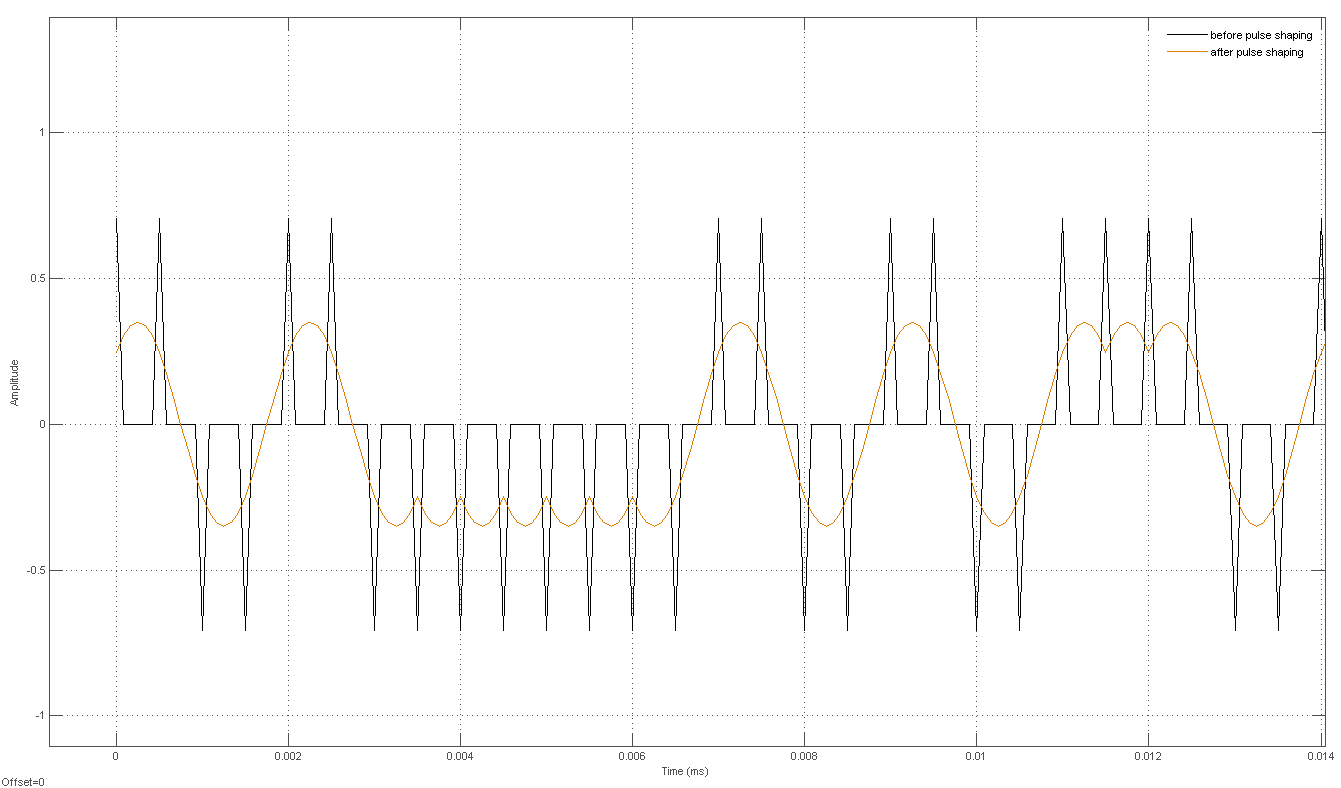 Now I am confused about how to interpret the signal after pulse shaping. For example, between 0 and 0.002, the digital signal (the one before pulse shaping) has 5 peaks (including the peaks at 0 and 0.002). Shouldn't I expect the analog signal to also follow such pattern with 5 peaks or is this something special to the half sine pulse shaping?

If it matters, I am using OQPSK modulation with DSSS to produce the digital signal and then performing half sine pulse shaping.

Generally speaking, and without doing the math, I'd expect $N$ (edit) consecutive same-sign peaks in the digital signal to give rise to $N-1$ peaks in the shaped signal.

Not the answer you're looking for? Browse other questions tagged signal-analysis dsp-core or ask your own question.