This was initially designed for Gaussian noise, and performed satisfactorily. Reviewers asked to test the algorithm on the same signals with Poisson noise, and it performed well also.

In many works concerned with Poisson-Gaussian noise mixtures, authors usually use more involved penalty functions and/or use variance stabilization transforms (such as Anscombe's).

Presenting the work to different signal processing folks, several colleagues (signal and image persons equally) said they were "not surprised" that a simple quadratic term would work well with Poisson noise too.

May a reader offer practical or theorical hints behind this "non surprise"?

For large intensities / large "bins", i.e. "areas for which events are counted and accumulated", Poisson processes lead to nearly Gaussian distributed individual values -- basically, without trying to derive this, I think that's the application of the CLT on a lot of realization of a point process.

EDIT: Shameless plug: I really really like the wikipedia page on "Relationships among probability distributions; notice the arrow between the Poisson and the normal distribution: 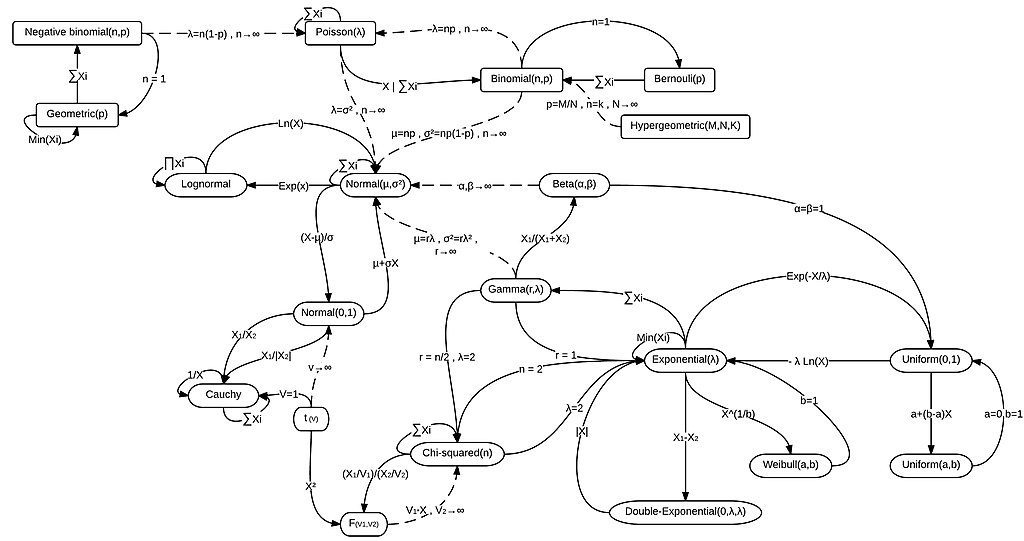 Not the answer you're looking for? Browse other questions tagged noise filtering optimization or ask your own question.