How can I accurately represent an mp3's wave form in respects to time?

I'm trying to programmatically plot a sound wave that I have placed in a 2d array, however, I cannot consistently get the sound wave to reach the end of the window. For example, when you load a sound in audacity, you get this:

In contrast, when I load a sound into my program I will often get something like this (red is the play head that moves at speed of one blue tick mark every second. The Green line is the end of the song in seconds): 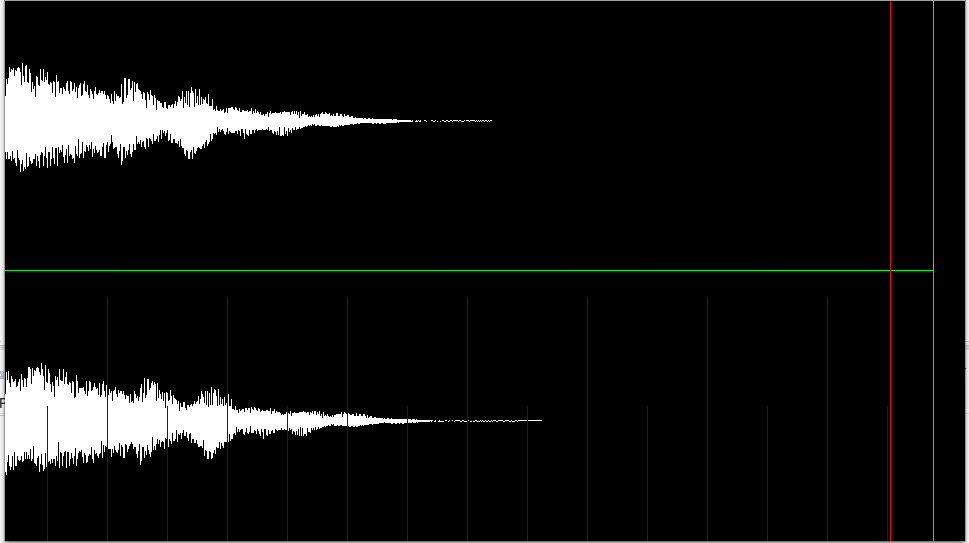 As you can see, I can plot the complete wave form, but it does not sync up with the end of the song. Oddly enough, there are times during this song that the wave form is an accurate representation of what's being played. There are also a handful of songs that do not seem to have this issue (but more than a handful of others that do have this issue).

This is how I'm drawing the wave form:

The renderer.line method signature is

And I get the number of samples by just adding all of the waveForm[x].length together.

Finally, the top and bottom wave forms in the picture below are being drawn differently which is why they don't match. The bottom wave form is the one that is represented by the code above.

I've been fighting with this for a couple weeks now and would be very grateful if anyone has any suggestions that would push me in the right direction.

Storing the samples in a square array is weird. You can't represent all song lengths (in samples) as squares of integer array dimensions but yet the complete array is being plotted.

Your code seems to miss one x+=drawStep when transitioning between rows of the array. Neither does it "connect the dots" across the rows. If the last sample of each row is duplicated at the next row then it's fine as a row represents only waveForm.length - 1 samples.

Additionally, it just might be that x and drawStep are not accurate enough. Try making both doubles instead of floats. If there is an improvement but not yet good enough, calculate x by multiplication before each j loop. You should typecast songLengthInSeconds to double too.

mp3 is a block-based encoding format. Thus a signal may have to be extended by zero padding to fill the last block of compressed data.

Not the answer you're looking for? Browse other questions tagged frequency-spectrum sound time-frequency or ask your own question.

2
Time-varying waveform
0
What is the Sound of a Solution to the Wave Equation?
0
Detecting a specific pop in a real time audio signal
2
Sound reflections plot
1
Generating sound of particular frequency matlab
0
Sine Wave spectrum showing multiple frequencies - Audacity
0
How to transform SoundWave Picture to sound?
2
Pitch perception - Why does our ear not directly detect the missing fundamental frequency?
1
How to accurately compute the Winger-Ville Distribution of an exponential