I'm writing code for a 3x polyphase interpolator using a total of 9 coefficients. This is organized as 3 parallel FIR branches with 3-taps each that are summed at the 3x sampling rate.

The problem I have is the impulse response looks correct (I get my 9 filter coefficients as output) but when I use a real signal that is a smooth Gaussian area near the peak has 'digital noise'. I have confirmed by debug printouts the code is calculating what I want it to. It seems the combination of the input signal & the coefficients really does generate a non-monotonic output.

as reference I used the info at this site: [polyphase filter faq][1]

The inputs sample rate is 100Mh and the output is 300Mh. I choose the filter coefficients to have a bandwidth < 50Mh. 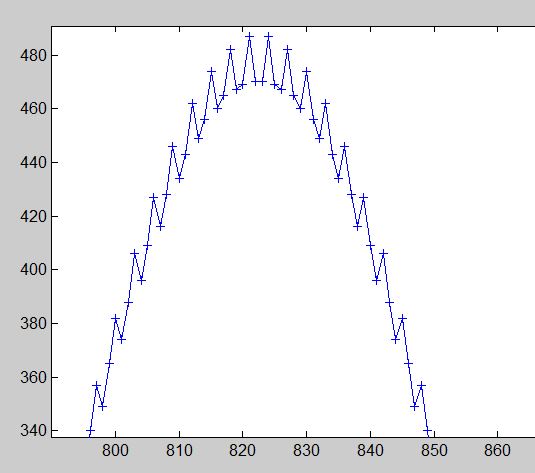 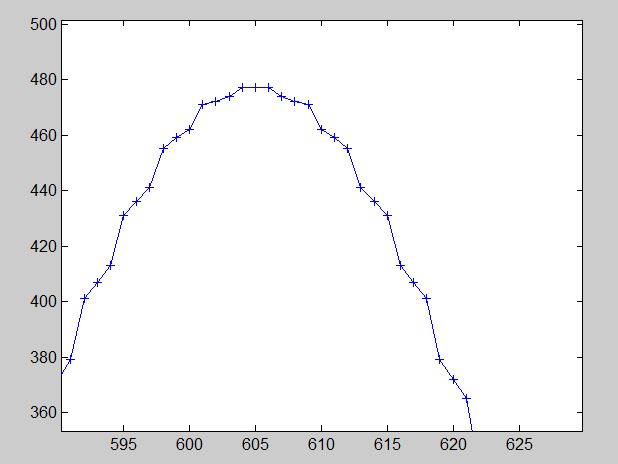 At Peter K's suggestion I am submitting my solution as the answer. In the poly phase filter the 9 coefficients were all symmetric about the center but gave poor ripple performance. When arranged in the format of a poly-phase filter the 3 coefficients in the 3 branches did not add up to the same value for all three branches. By making a slight edit to the 1 coefficient at +/-3 positons from the center all the branches added up to the same value and the results are as shown.

To get better performance then that shown I need to increase the # of coefficients to N=15 (wanting to keep N a multiple of L=3 and odd).

Not the answer you're looking for? Browse other questions tagged interpolation finite-impulse-response or ask your own question.