I find this image : 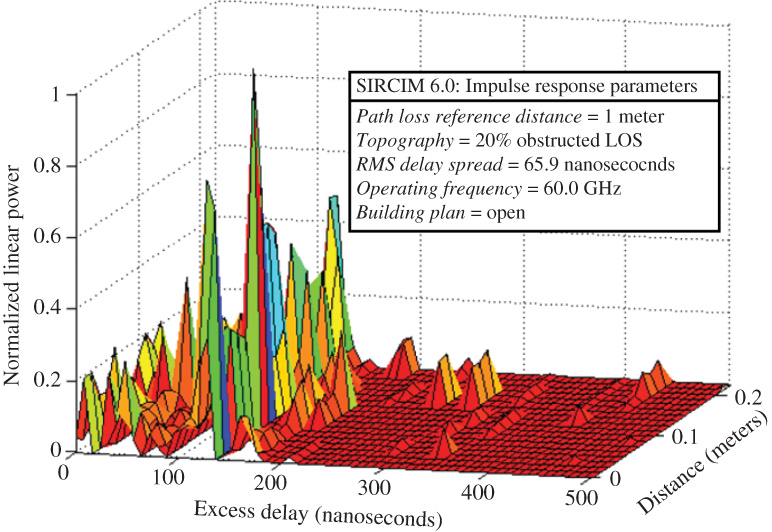 The figure you referred to contains a dominant component with a delay spread of 130 ns and with responses from other paths occurring with different delay spreads. Also, the key to the figure mentions an RMS delay spread of 65.9 ns, which can be justified by noticing the higher power distribution between 0 to 100 ns delay spread.

Take a look at the picture below to better understand the CIR for a multipath scenario. In this case, the CIRs from multiple antennas will be combined to form the CIR of the antenna array. 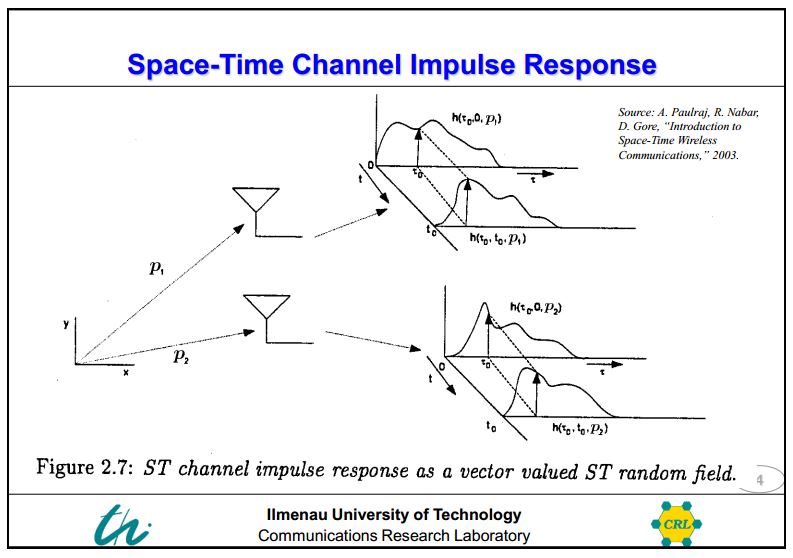 Definition of Excess delay : Relative delay of $i^{th}$ path with respect to the first received component. This excess delay is defined for each multipath.

So, the plot you have posted might be giving a picture of how the received power is changing as excess delay is increasing. It can be interpreted as follows: Sort all the multipaths based on Excess delay, and then observe which path is bringing in how much power or which path is attenuated by what amount.

So, based on the plot if you fix the distance to 0 meters, then maximum received power is confined within $80-100 nsec$ to $150 nsec$. Basically, Excess Delay plot gives us a picture of Delay Spread of the channel.

And, this picture changes as you change distance from $0 meters$ to $0.1 meters$. Now, fix the Excess delay at $130 nsec$ and move along the distance axis. You can see that even though the delay spread remains much the same but, the path with Excess delay $120 nsec$ to $130 nsec$ is now arriving with more power as compared to when receiver was at $0 meters$. So, the distance axis gives us a picture of how the attenuation of each path changes as distance of receiver increases. This may be caused by the kind of reflections and shadowing which is happening for each path in the channel.

I've never heard of the term power path before applied to channel impulse responses. If my guess is correct, that figure depicts the CIR you get at different distances from a point, which can be the source or anywhere else. All the spikes you see at Xns are propagation paths. That is, you will receive a copy of the signal delayed Xns for every single peak.

It is not very clear from the figure but the main energy arrival seems to be a 100ns.

If you plan to use the CIR for comms simulations you will need to normalize the arrivals using the system bandwidth.

Not the answer you're looking for? Browse other questions tagged multipath fading-channel or ask your own question.

0
Rician factor effect
0
what does “fixed multipath channel model” means?
0
Matlab: Correct method of generating Rayleigh fading channel
0
What is the suitable mathematical form of the multipath channel impulse response?
0
How to compute the channel gain from the path loss model of a wireless channel
0
Detecting multi-path propagation when one acoustic signal is dominant
0
channel gain calculation