Best way to approximate a curve? 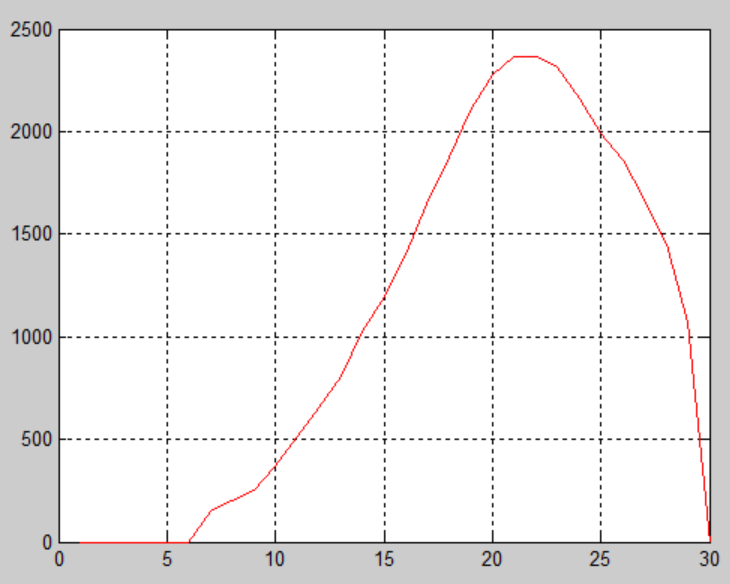 I need a function to approximate this curve, but I need that the function be a low order function (less than 5). What is a good way to obtain what I expect? Thanks!

So, you have a bunch of datapoints of the form (x,y), and considering all of those datapoints together, you have the vectors $x$ and $y$.

To do a curve fit, you would like to solve the equation $Aw=y$ for the column vector $w$, which holds the coefficients of your curve fit polynomial. These coefficients are also the weights of the basis vectors in the matrix $A$.

The matrix $A$, for an $n^{th}$ order approximation, will hold $n+1$ columns and have a number of rows equal to the length of $x$ and/or $y$ (the number of datapoints).

To solve for the weight vector, $w=pinv(A)y$, the pseudoinverse of $A$ times $y$. Note, this doesn't actually solve the equation $Aw=y$, but performs an optimal projection of your data onto the vector space described by $A$.

Not the answer you're looking for? Browse other questions tagged interpolation optimization taylor-expansion or ask your own question.

27
What Is the Best First Order IIR (AR Filter) Approximation to a Moving Average Filter (FIR Filter)?
10
What interpolation methods can I use to get the tightest fit for these curves?
9
How do I use a Savitzky Golay filter to find local maxima (in between samples) in a discretely sampled 1D signal?
5
Fitting piecewise splines to noisy data
7
Savitzky-Golay filter parameters
0
How to determine best fit from two?
0
How to improve filter quality at low fs
1
What method to use for interpolation and extrapolation?