Chessboards are very frequently used for camera calibration, this website also talks a bit about why: wiki. One of the reasons is, that chessboards define many natural interest points. Now my (very simple?) question: Why don't we just use a white board with black dots on it instead of the checkerboard pattern where we first need to detect the corner points? I believe the black dots would be even easier to find...

This is mostly a matter of history.

Checkerboard patterns have proven in the past to:

This was confirmed (for example) by a benchmark performed by NASA long time ago, where they were assessing visual solutions to control robotic arms.

Why are checkerboards robust and accurate? Because they provide features that can ve computed as intersection of lines. Linear features were easy to detect accurately (using Canny-Deriche, SUSAN, Hough transform...), while most point detectors were computed with pixel accuracy. Furthermore, checkerboards do provide line intersections, which are:

By robust to occlusion, I mean that you just have to continue the parts of the lines that are visible to get the intersection coordinates. With dots this is more hazardous, because you have less clues to infer the overall line direction. Also, when some dots are occluded, it's very difficult to know which ones are indeed occluded. Instead, using checkerboards of known size (e.g. $8 \times 8$ squares), then you can infer which tile exactly is hidden as long as you see the borders of the checkerboard.

A possible advantage of checkerboard patterns is that since you have line featurs, then it may be easier to infer distortion coefficient values, which is harder to do if you need to "connect the dots" of aligned points.

Modern point detectors (starting from Harris corners) perform interpolation to reach subpixel accuracy in point detection, and since checkerboards provide a lot of corners they continued to be used, just switching from line primitives to corner primitives.

You can use any target you'd like as long as you can find the features in a robust way, and you know their location in the real world. For example I used once ISO12233 chart image to calibrate radial distortion with fair accuracy, by knowing what features to look for, and what is their relative location. 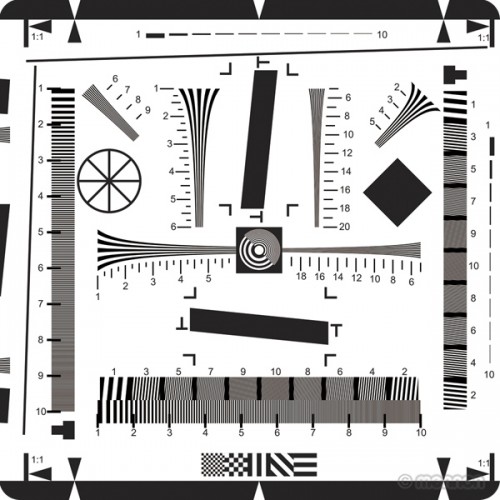 Both chessboard and dot chart are regular patterns (same distance between them), which means you don't care about displacement in the world.

Chessboard might be slightly better than dots because dots are large objects and not points, which means they are affected by radial distortion,(Their center in the distorted image is not the center in the undistorted). 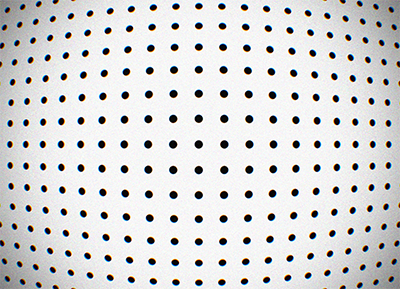 Chessboard is more common in home environment, which makes it more popular. It has less features, since it is harder to stack squares in a chart than dots. 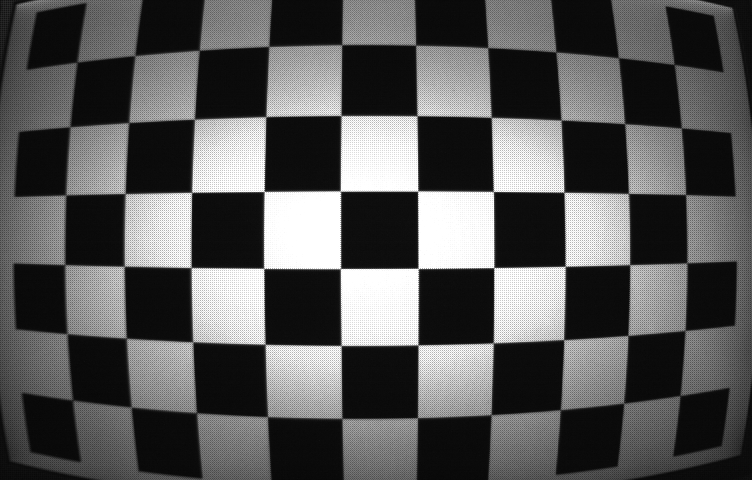 All in all, there isn't a lot of difference between the charts, and for any reasonable purpose you can use any of them, but chessboard is just more common, which is why it is used frequently.

Not the answer you're looking for? Browse other questions tagged computer-vision camera-calibration or ask your own question.

0
Which pattern (circle pattern or checkerboard pattern) should be used for automotive camera calibration (fisheye/wide webcam)?