How to simplify the Fourier Series Using an Approximation?

I have a signal, $f(t)$. I know a function that can be used to generate this signal, such that I can determine its Fourier series. I want to express this Fourier series in simpler terms so that the waveform can be rendered by a GPU in parallel, with the added ability to change the lowpass cutoff frequency of the signal dynamically.

Take for example a saw wave with a fundamental frequency of 1 Hz, represented by the function:

I'm using this form of the saw wave because it's cyclic and easy for a GPU to calculate. Its Fourier series is rather difficult to solve, but I have the series on hand:

Now, I could technically use additive synthesis to generate the waveform using this series, but my project has real-time constraints and this simply won't do. A single saw wave might have hundreds of partials up to the Nyquist frequency. This takes a lot of time to compute, and on a GPU it's a branching nightmare. Since I'm rendering all of the samples in parallel, there is no history buffer for existing filtering algorithms to operate on, and I can't do that either.

What I'm trying to do is approximate this series as a function of $n \in Z$, without the summation. That way, it doesn't matter what cut-off I use, I get consistent performance across the board that's most likely a huge improvement over additive synthesis. Right now I'm trying to fit the curve manually, but this is a laborious process. Is there a way to find $h(t, n) \approx g(t, n)$, where $h(t, n)$ is the approximation of the series?

with the added ability to change the lowpass cutoff frequency of the signal dynamically.

That makes it even more complicated. 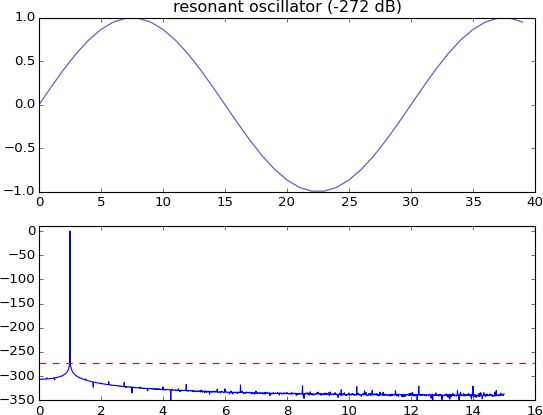 or various polynomial approximations with varying amounts of distortion: 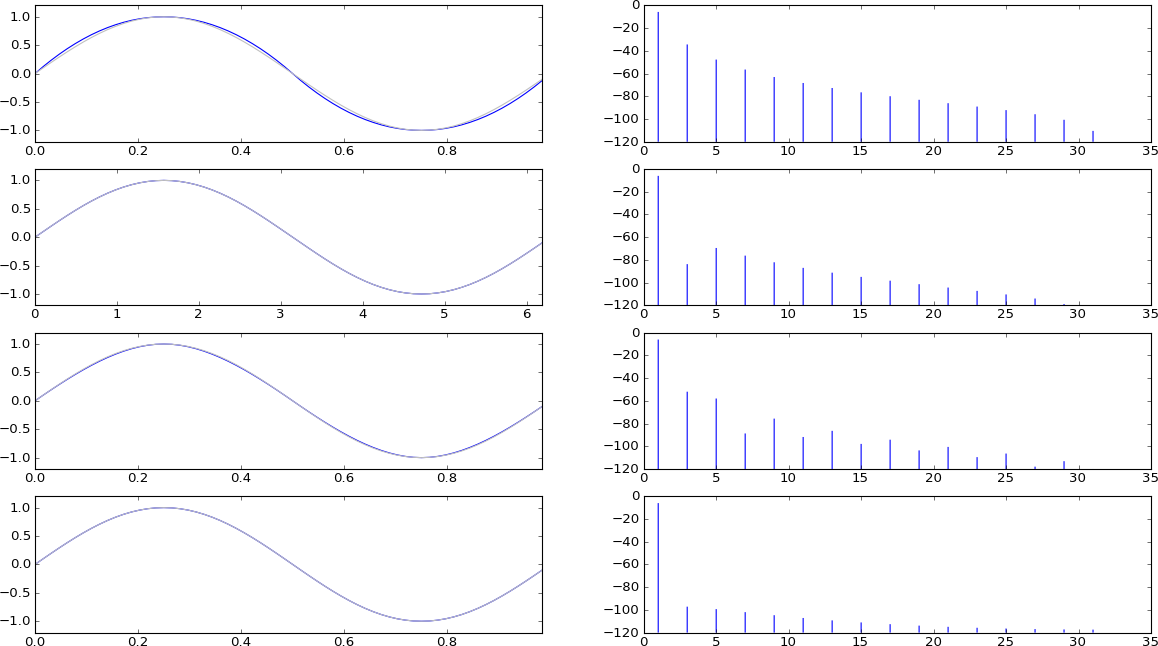 Otherwise the best solution depends on what exact waveform you're trying to synthesize. 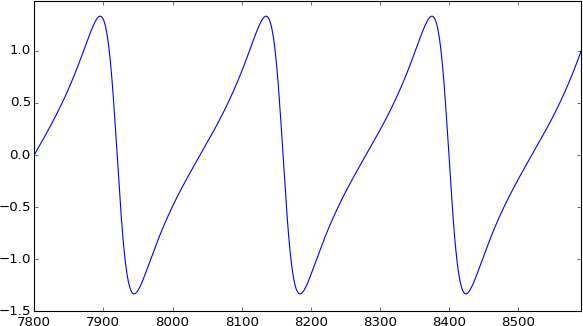 and then leaky-integrate the sum. 2

You could probably use this method for the low harmonics and then combine with additive synthesis of the top harmonics and then fade those in and out to prevent the clicks. In other words, as a harmonic disappears from one sample, you seamlessly replace it with an additive-synthesis harmonic at the same frequency and phase, which you can then fade out more smoothly.

Not the answer you're looking for? Browse other questions tagged audio fourier-series or ask your own question.