Using a diffraction grating in front of my smartphone's camera, I can decompose light sources into their spectral components. The problem is that the background is not always dark and there might be interference between the spectral intensity and bright objects in the back ground.

Here is an example of an image taken with a diffraction grating of a fluorescent lamp: 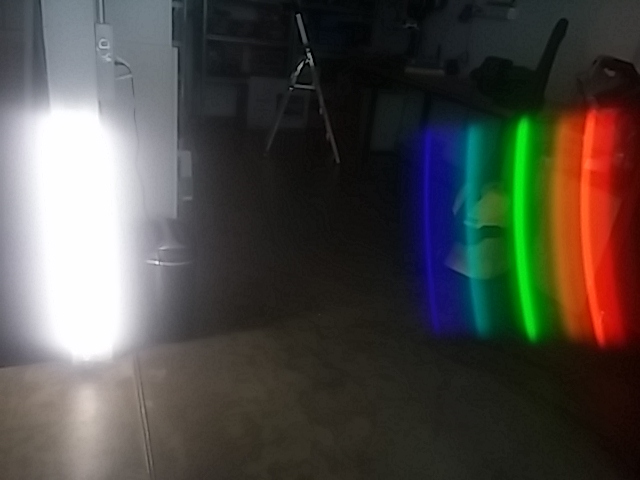 In this case the background is not so bright but you can see that the dark and bright spots on the vacuum cleaner already change how the blue band looks like. I thought about having a second camera next to the first camera and taking a similar picture without the diffraction grating: 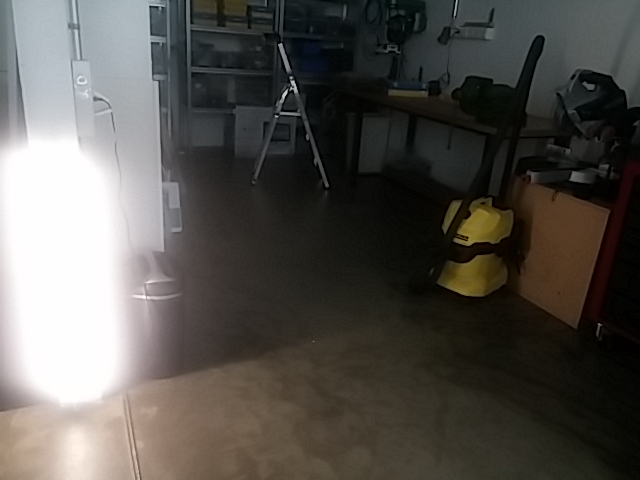 How can I isolate this spectrum that overlaps on my first image and how precise can be this recovery of the original spectral signal? I will be using monochrome cameras.

PS:Here my hand moved in order to remove the taped diffraction grating so the picture was not taken from the same pose but later I thought about having fixed cameras looking at the same direction with a minimal baseline to know their relative pose and easily register both images before proceeding with the spectrum isolation.

Browse other questions tagged image-processing deconvolution or ask your own question.

2
Why Does Image Deconvolution Still Work with Image without Sharp Edges?
2
Detecting and isolating part of an image
4
Segmentation of overlapping noisy parallelograms in a binary image
0
Multi Image (Same Noise Realization) Denoising
1
Sharpen Defocused Image (Deconvolution / Image Restoration)
3
Extracting original signal from overlapping area
2
Can I use standard computer vision techniques for images taken in the NIR spectral range?
0
What is the difference between image restoration and image reconstruction?
4
How Can I Remove Flickering Background in a Video?