Why does the specgram of this simple sine wave look strange?

This generates the expected image of a sine wave 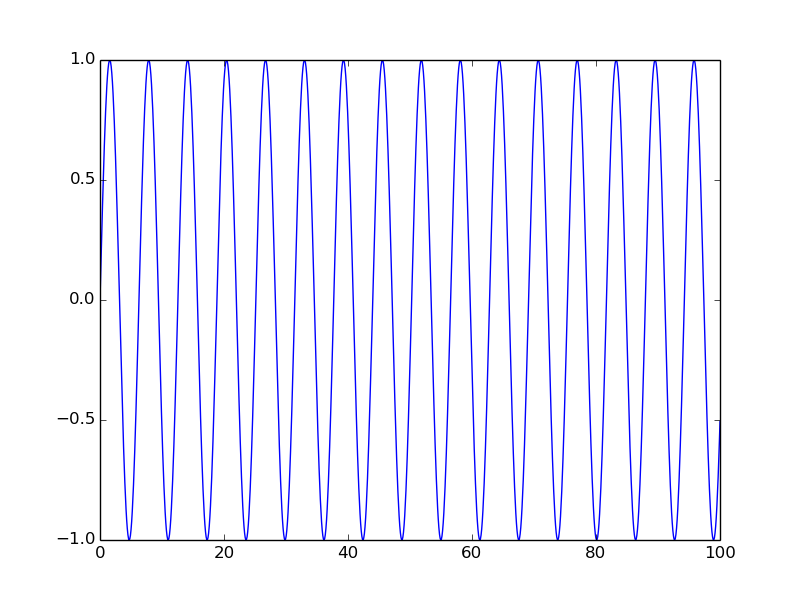 I can also look at the mod squared of the FFT of this signal:

which gives me the square of the Fourier transform, which has a peak at 1 as expected (since my frequency is 1). 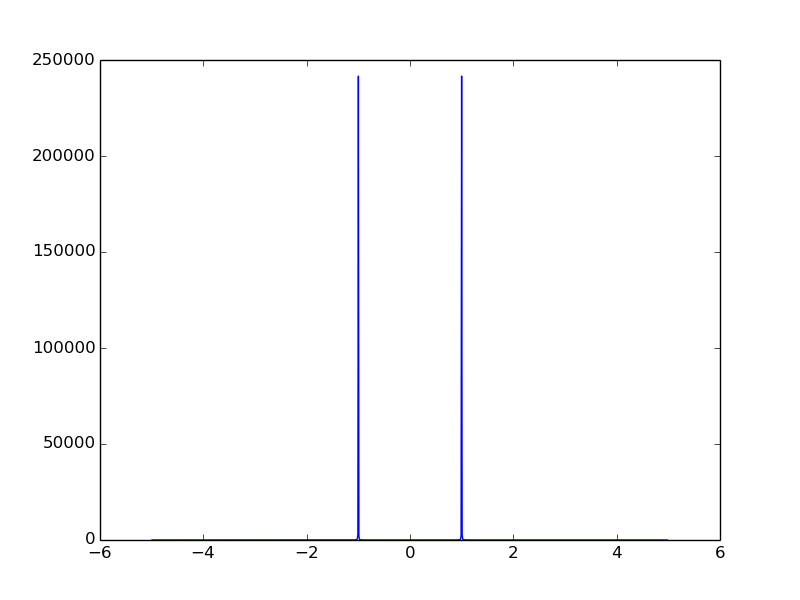 I then try to compute the specgram, as

which then gives me this 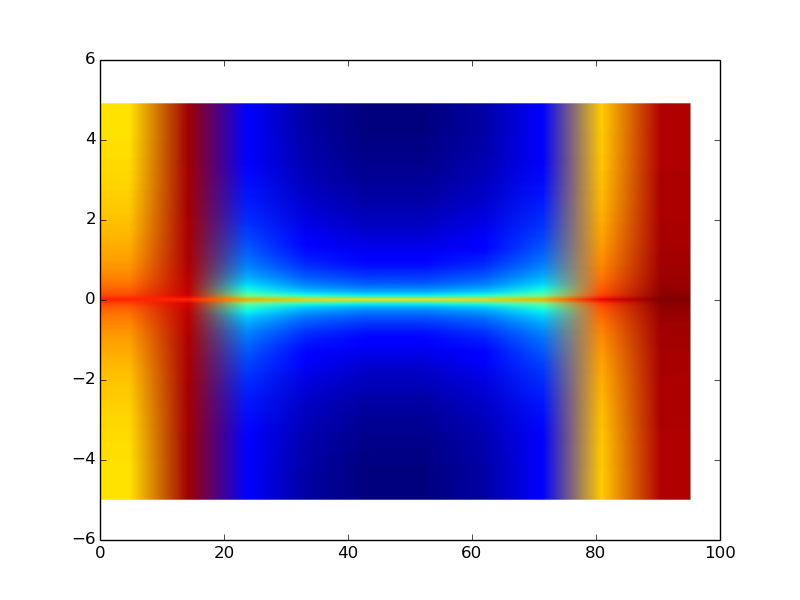 From this it's not easy to tell that the only frequency present in the signal is 1. What needs to be done in the specgram call to see this? Of course this is probably the expected output of this, so I'm really also asking a basic DSP question at the same time.

You are computing the spectrogram of the DFT as if it were a time signal. Try this instead

Not the answer you're looking for? Browse other questions tagged fourier-transform python power-spectral-density spectrogram or ask your own question.

4
How does causality (i.e. unit step) affect the DTFT of a sine or cosine wave?
4
Does “keying on” a sine wave at a zero-crossing reduce its bandwidth?
2
a-weighting signal without digital filter
3
Struggling to implement this simple algorithm for ECG wave delineation
4
Why does the Fourier Transform of the impulse look so different from the Fourier Transform of the impulse train?
0
Why does a strange frequency appear in this image?
2
Help with finishing this integral, to obtain the power spectral density of a pure cosine wave
3
Why does Matlab spectrogram look stripy when windowed input is zero-padded?
1
The FFT of a sine wave with varying frequency and constant amplitude does not show a plateau, why?