This answer may be straight forward but I cannot figure out. One can understand the difference between cross-correlation and convolution from the link below:

What is the difference between convolution and cross-correlation?

The question is can there be two complex signal which are uncorrelated but their spectrum overlaps? In other words spectrum is not disjoint or product of power spectrum of each signal is not zero in each frequencies?

If you mean correlation at the origin (no signal shifts), then yes so long as all the overlapping frequencies the two signals are 90 degrees out of phase.

If you mean correlation with signal shifts (cross-correlation - similar to convolution) then no, because if both signals have the same non-zero frequency then at some shift the sinusoids will not be 90 degrees out of phase, and therefore correlated.

Add to the first signal a sinusoid of a certain frequency, and add to the second signal the same sinusoid but 90 degrees phase shifted. 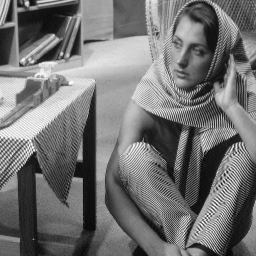 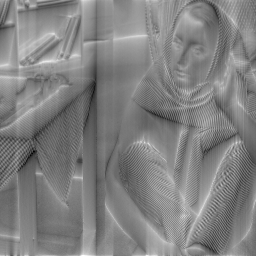 Their spectrums overlap completely but they have zero correlation (at shift 0).

At the risk of being redundant, I add yet another answer because I think that not all things have been addressed as clearly as necessary.

As mentioned in Dilip Sarwate's answer, the cross-correlation function of two signals $x(t)$ and $y(t)$ cannot vanish (for all values of its argument) if their spectra overlap, because this would mean that their cross-spectral density given by $X(\omega)Y^*(\omega)$ must equal zero. And the latter can't be true if $X(\omega)$ and $Y(\omega)$ overlap.

The other question is if the cross-correlation can be zero for zero shifts if the spectra overlap. This would mean that

(This is what geometrikal addressed in his answer.)

The integral in (2) then becomes

which, if it exists (if necessary as a Cauchy principal value), is indeed zero, even though both signals overlap in time as well as in frequency.

Not the answer you're looking for? Browse other questions tagged discrete-signals fourier-transform linear-systems or ask your own question.

52
What is the difference between convolution and cross-correlation?