How condition for existence of Fourier transform is valid?

It looks something strange for me because on left side we are taking the signal within 1. infinity limits. Also,2. it is again of summation type and we are expecting right side to be less than infinity. How is it possible?

So can I say that DTFT of unit step signal doesn't exist?

So can I say that DTFT of power signal like $cos(wn)$ doesn't exist?

As mentioned in Batman's answer, the condition of the sequence being absolutely summable is only sufficient but not necessary. The Fourier transform can be extended to $\ell_2$ sequences, i.e. sequences for which

And as for your question how it is possible for a sum over infinitely many elements to be finite, your should as a first basic example read up on the geometric series.

which follows from the sifting property of the Dirac delta impulse. So we now have the Fourier transform pair

the cosine transform can serve as an example to show that the sum is not infinite, if not rather a distribution, in the case of cosine eg are distributions deltas of Dirac spaced periodically in the frequency domain, likewise a train of Kronecker deltas (the Kronecker delta function is analogous to the Dirac delta in the discrete domain and one of its uses is to model the sampling of a signal) or sin(w0n) have transformed that are frequency distributions, I'll show you the images the case of cos(w0n) eg. On the other hand, the transform of the pulse heviside function is still a mystery to me. 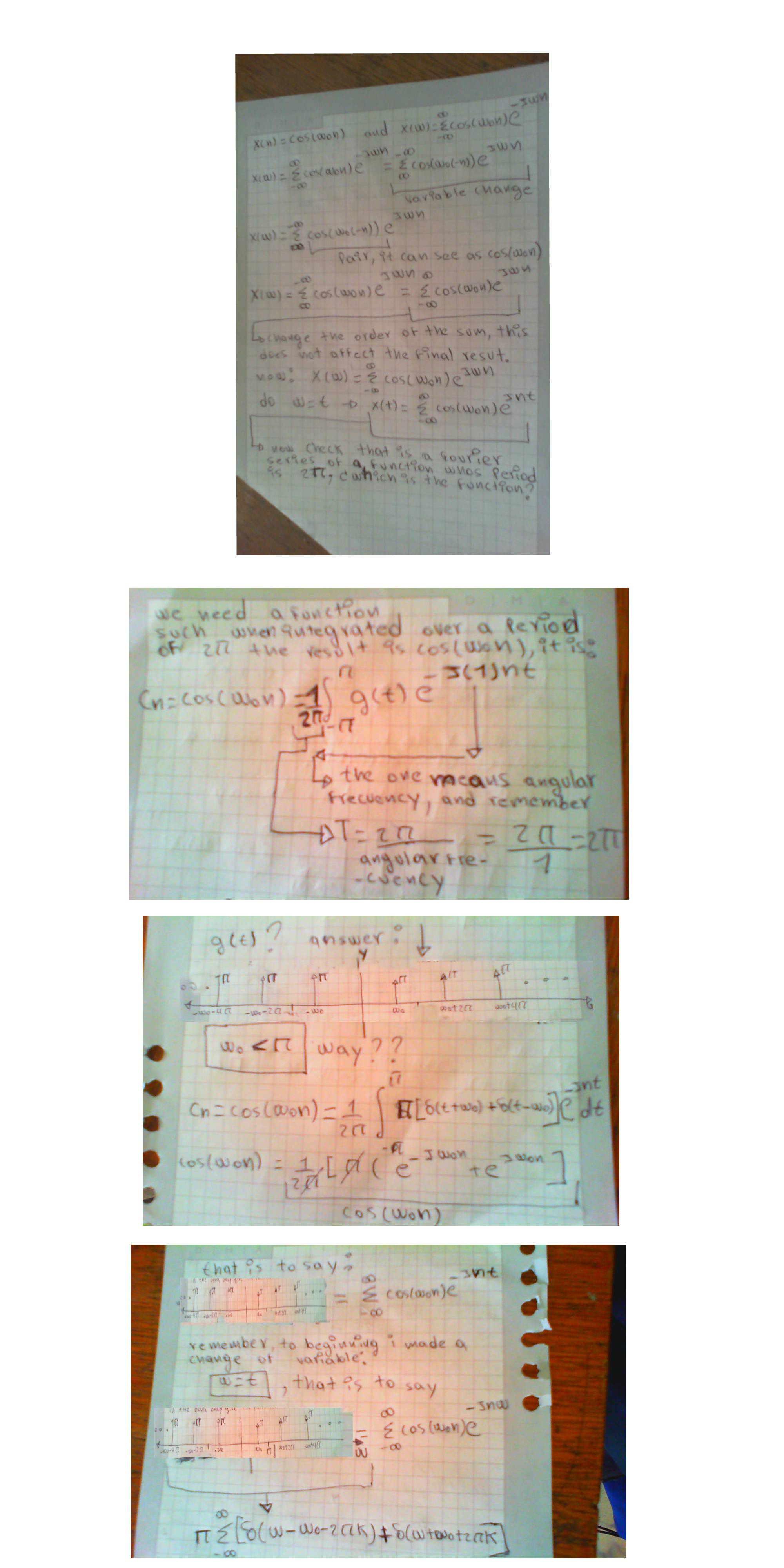 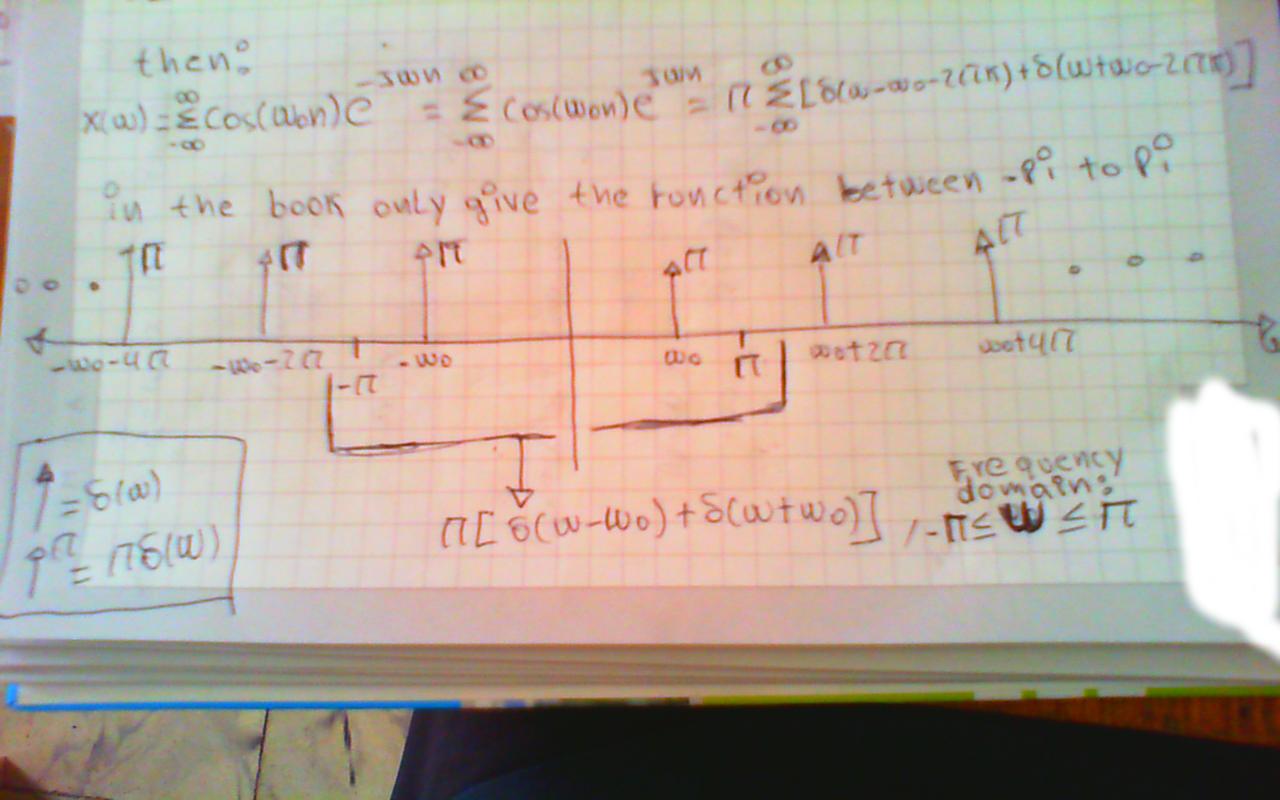 As for the unit step, it requires some finesse so see these notes.

Not the answer you're looking for? Browse other questions tagged fft signal-analysis fourier-transform transform dtft or ask your own question.

0
How the Fourier transform of a cosine signal is existed?
0
If the cosine function is periodic, why does it have a Fourier Transform?

4
How does causality (i.e. unit step) affect the DTFT of a sine or cosine wave?
0
Fourier Transform Problem - absolute value, time-saving tricks, etc
2
Fourier Decomposition
13
Discrete-time Fourier Transform of the unit step sequence $u[n]$
2
Unit of Energy Spectral Density
1
Evaluating the continuous Fourier transform of a constant, and matching it up with the FFT result
2
Laplace Transform: zeros and corresponding impulse response $h(t)$
2
How is the DTFT of a periodic, sampled signal linked to the DFT?