I wish to compute the coherence estimate using the continuous wavelet transform (CWT) of a real-valued signal with the complex Morlet (a.k.a. Gabor) wavelet. I compute the cwt of the signal in a very similar way as in the pycwt library, but I use the pyfftw library for faster FFT computation. I'm confident that the cwt is computed correctly, because I get nearly identical results to pycwt.cwt and the scalograms compare well to STFT spectrograms. Although I use Python, I think it is not language specific.

However, I'm not so confident as to how to compute the coherence estimate. I based my coherence calculation on the classic Torrence & Webster 1999 paper (as does pycwt) where prior to computing the coherence fraction they smooth the cross-power density (cwt(sig)1 * cwt(sig2).conj()) and power densities (abs(cwt(sig))**2) in time with a Gaussian kernel with a standard deviation equal to the scale for each scale. This makes sense to me, because the spectral characteristic changes at a slower rate for larger scales, so a larger smoothing window is necessary than for smaller scales. They also smooth them in the scale domain with a simple moving average, which makes less sense to me.

Issues with the definition and implementation

So far I've used just a simple moving average filter only in the time domain and that gives reasonable results above low frequencies. However, I don't feel confident about the results and I will need coherence at lower frequencies in the future, so I'm asking here. I also tried using the Gaussian window with a much larger standard deviation to get results similar to the moving average window smoothing results.

The thick lines in every first subplot are lowpass-filtered versions of the original, semi-transparent signals. I added these lowpassed signals to make it simpler to distinguish the two signals. 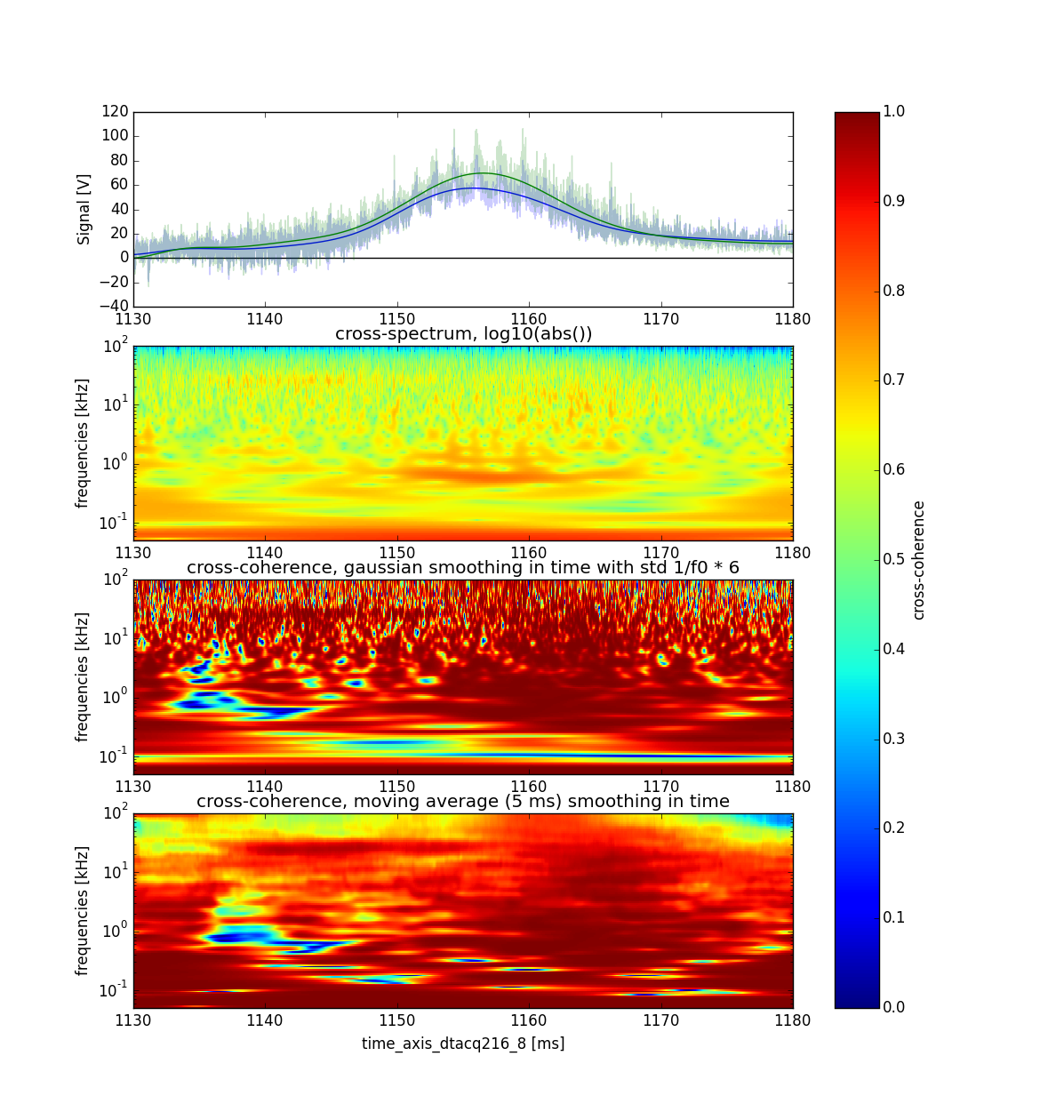 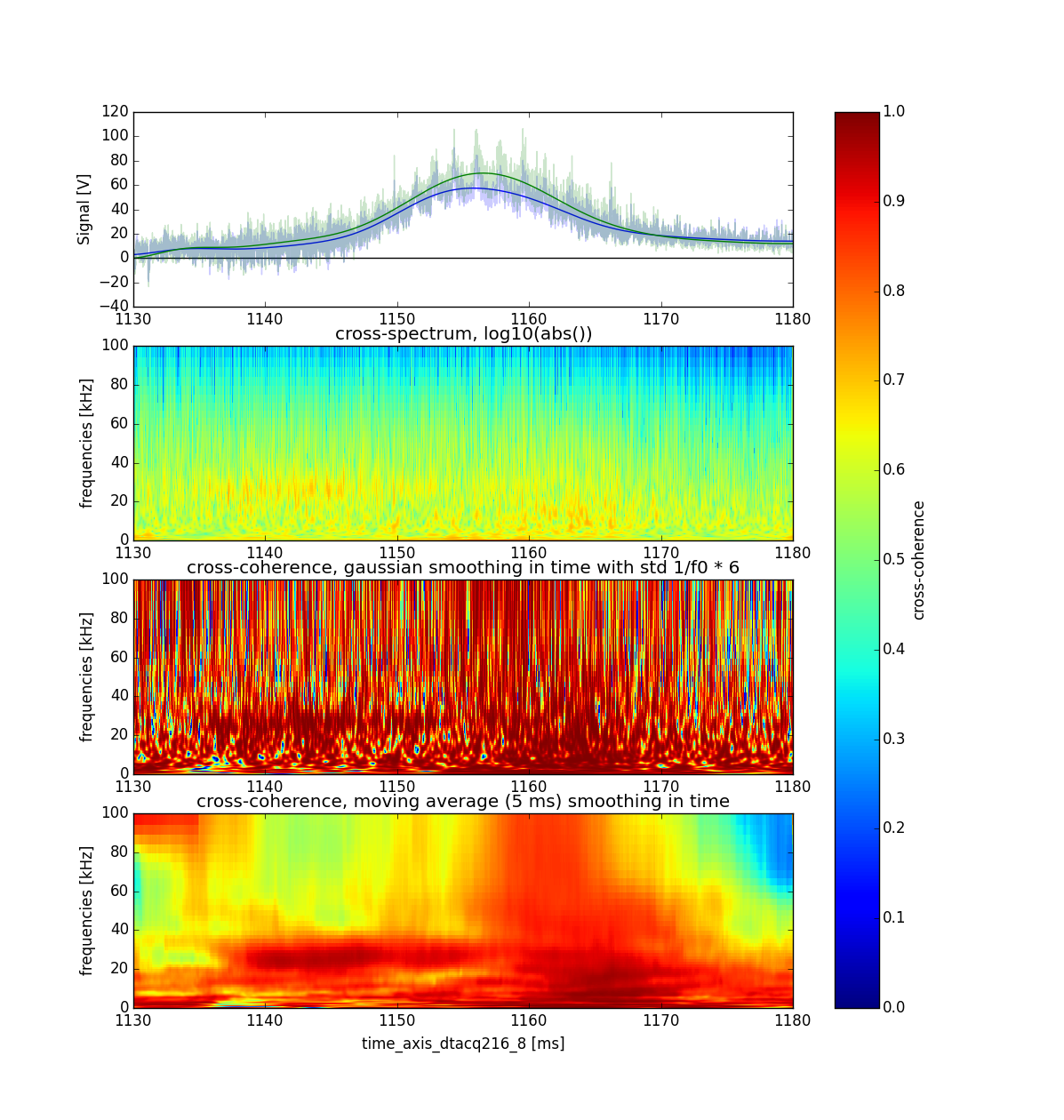 This is the part of the code that I use for smoothing, fftmod is pyfftw.interfaces.numpy_fft (which provides the same functions as the numpy.fft module)

I did some further digging and found an article from 2007 by Bernard Cazelles. The code available on his website (includes the article in the zip file) seems to suggest that he also uses smoothing both in the scale and frequency domain with various different windows (Barttlet, Hamming, Boxcar,...), but does use different window lengths for different scales in the time domain and just one length in the scale domain. The code shows that the scale domain is again logarithmic and yet is smoothed with a linear window. However, at least he cites Chatfield 1989 who cites a suggestion from P. J. Daniell in 1946 that smoothing in the frequency domain is also needed.

I'm not sure if I can help you with a perfect solution, but hopefully at least with some hints.

Finally I want to recommend you this PhD Thesis by Douglas Maraun which focuses exactly on this topic and extends the work done by Torrence and formalizes it in a mathematical more rigorous way. There is some software package available as well, not sure, however, if this is still maintained.

Not the answer you're looking for? Browse other questions tagged wavelet python smoothing gabor coherence or ask your own question.