Fourier transform of an image

I am doing a project where I need to take the FFT and IFFT of a photo in MATLAB. There is a principle in optics where the intensity distribution from a lens is equal to the Fourier transform of the aperture that the light initially goes through. I'm having issues finding the FFT and IFFT of an ideal source.

A circular aperture should have an intensity pattern called Airy disk, which should result from the Fourier Transform of a circle. Here is a photo of the Airy disk that I'm using in my code:

Taking the inverse Fourier transform of the Airy disk should result in an image of a circular aperture, but all I'm seeing is black when I convert to uint8. If I leave it as type double then I see things that also look like Airy disks in the corners. Here is the code I'm using:

Does anyone have any ideas on why the IFFT of the Airy disk doesn't return a circle? Thank you

You have the gist of it, but there are a couple of problems. I'm sorry, I don't have MATLAB, but I'll do my best to give you MATLAB-like pseudo-code to work with. 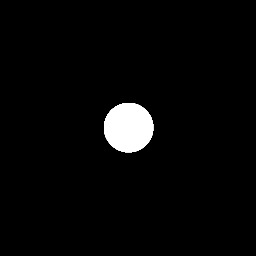 Below are the amplitude and phase of the complex_airy pattern, obtained using abs(complex_airy) and angle(complex_airy), respectively. (I've included only the centers of the images, to show detail.) The problem with your initial approach is that it's an ill-formed inverse problem: a single Airy amplitude pattern can correspond to an infinite number of pupil functions. When you inverse transformed the amplitude only, you assume the phase is everywhere zero, which--as is clear from the phase image below--it's not. There are statistical approaches for estimating the pupil function from the Airy amplitude alone, using lots of other constraints gleaned from the light source properties and optical system, but I don't think that's what you were after. 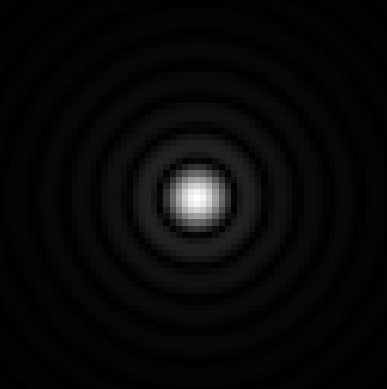 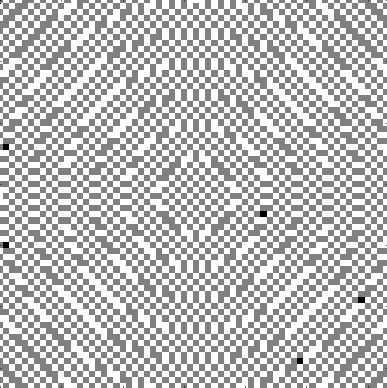 Not the answer you're looking for? Browse other questions tagged image-processing matlab fft fourier-transform ifft or ask your own question.

20
What are the problems with designing an FIR filter using FFT?
1
Applying Gaussian Blur in Frequency Domain
5
Looking for Open Source Image Processing Library that is equivalent to HIPS
1
Fourier transform of moving image sensor
2
MATLAB: Fourier transform vs $\tt lsim$, results don't match
0
Sample from a sum of two RVs by convolution of their samples via fourier transform in Excel
3
Image zooming with Fourier transform
2
Approximating Lorentzian Fourier transform with FFT