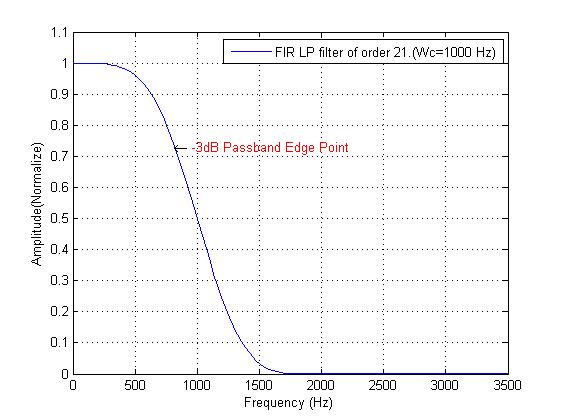 In general there is no standard way to calculate the stop band edge, other than specifying a desired stop band attenuation and checking at which frequency this attenuation is first attained (for a low pass filter).

For filters with an equiripple behavior in the stop band (e.g. FIR filters designed by the Remez exchange algorithm, or Chebyshev II and elliptic IIR filters), there is a clear stop band edge, which is the lowest frequency (for low pass filters) at which the attenuation equals the minimum stop band attenuation (attained at the local maxima of the filter's magnitude response in the stop band).

However, your filter looks like it has a monotonic magnitude response, so the definition of the stop band edge is arbitrary.

edit: This is for passband edge frequency.
One Way the cutoff frequency can be calculated as: consider H(jw) normalized filter transfer function $$ H(jw)=\frac{V_0(jw)}{V_i(jw)} $$ Here the 3dB frequency is when H(jw) is 1/sqrt(2) time the max value.Then it is finiding the values omega which satisfies the below equation $$ H(jw)=\frac{1}{\sqrt2} $$ This we can see when we take logarithm of 1/sqrt(2) we get approximately -3dB

Not the answer you're looking for? Browse other questions tagged filters filter-design frequency lowpass-filter or ask your own question.

3
Difference Between Equiripple & Least Squares Design for FIR Digital Filters
0
What is the shortest time period that can be used to find the frequency of a signal burried in noise and harmonics?
0
FIR design using firpm (Parks-Mclellan)
1
FIR Filter Design - input parameters conversion
2
A basic question in FIR filter design using MATLAB
0
calculating the stop-band edge frequency of a low-pass FIR
1
how can I design Chebyshev filter with 5th-order polynomial and 0.001%-allowed ripples?