Deconvolution of signal which is broadened by laser spot size

I have a signal that I measured by optical means using a focused laser. The laser scans over a microscopic feature (in step size of 0.33 micron) and I have plotted the result of the measurement as a function of distance (x scale is microns): 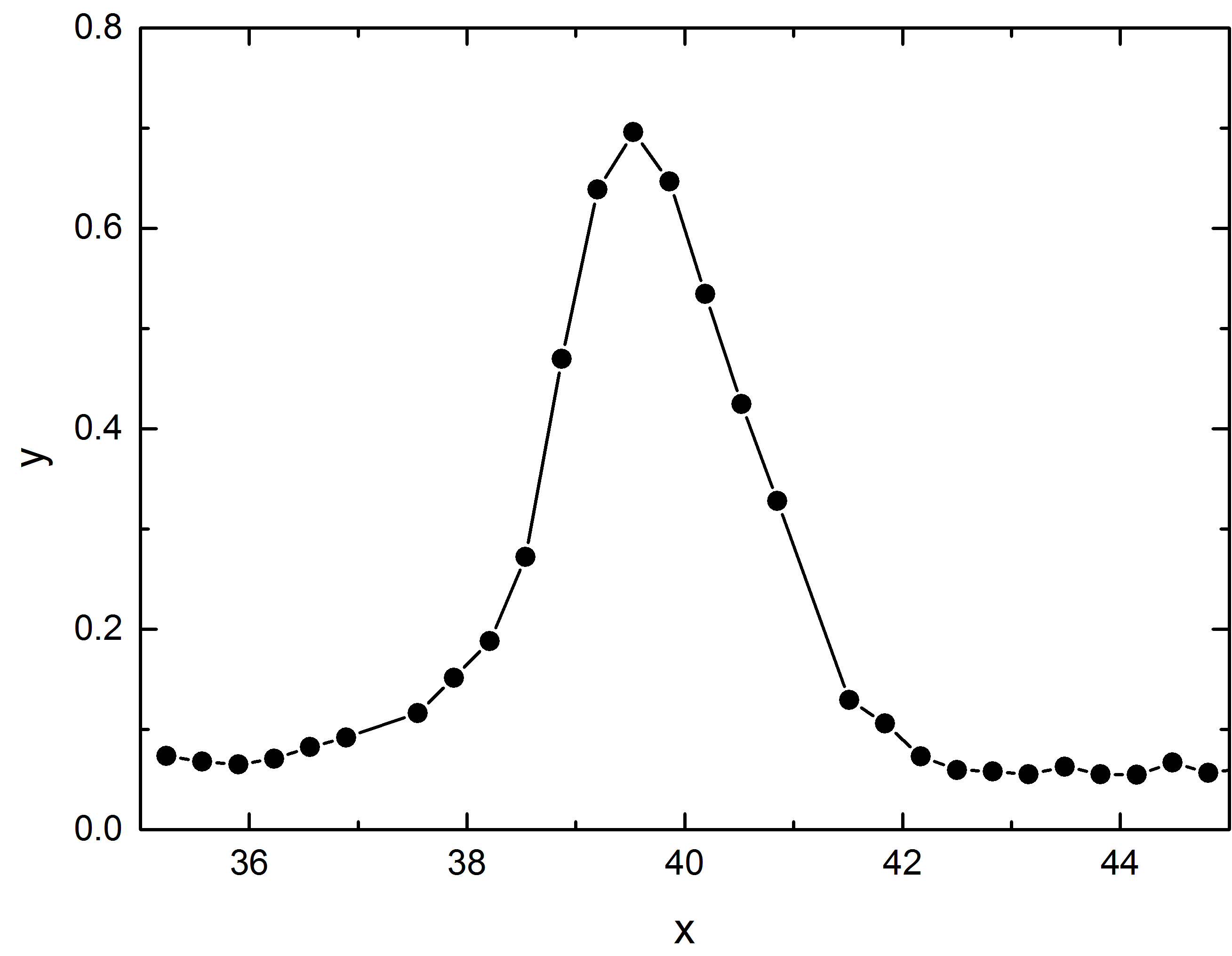 I am interested in the width of the feature I am measuring, however in this case the width seems on the same order (or even much smaller) than the laser spot size. This results in the signal being a Gaussian shape which could potentially just be the shape of the laser spot. But I cannot know that for sure, because I'm trying to measure the width of this feature. It is entirely plausible that the feature itself gives a Gaussian response, I expect it is not an extremely sharp edge. But I'm trying to determine how sharp the edge is exactly, and the laser spot size is now limiting.

Assuming the feature is extremely thin and sharp, then the measurement would indeed yield this Gaussian shape. However the feature is definitely not infinitely sharp and I believe I can measure more accurately what its shape is by using deconvolution. 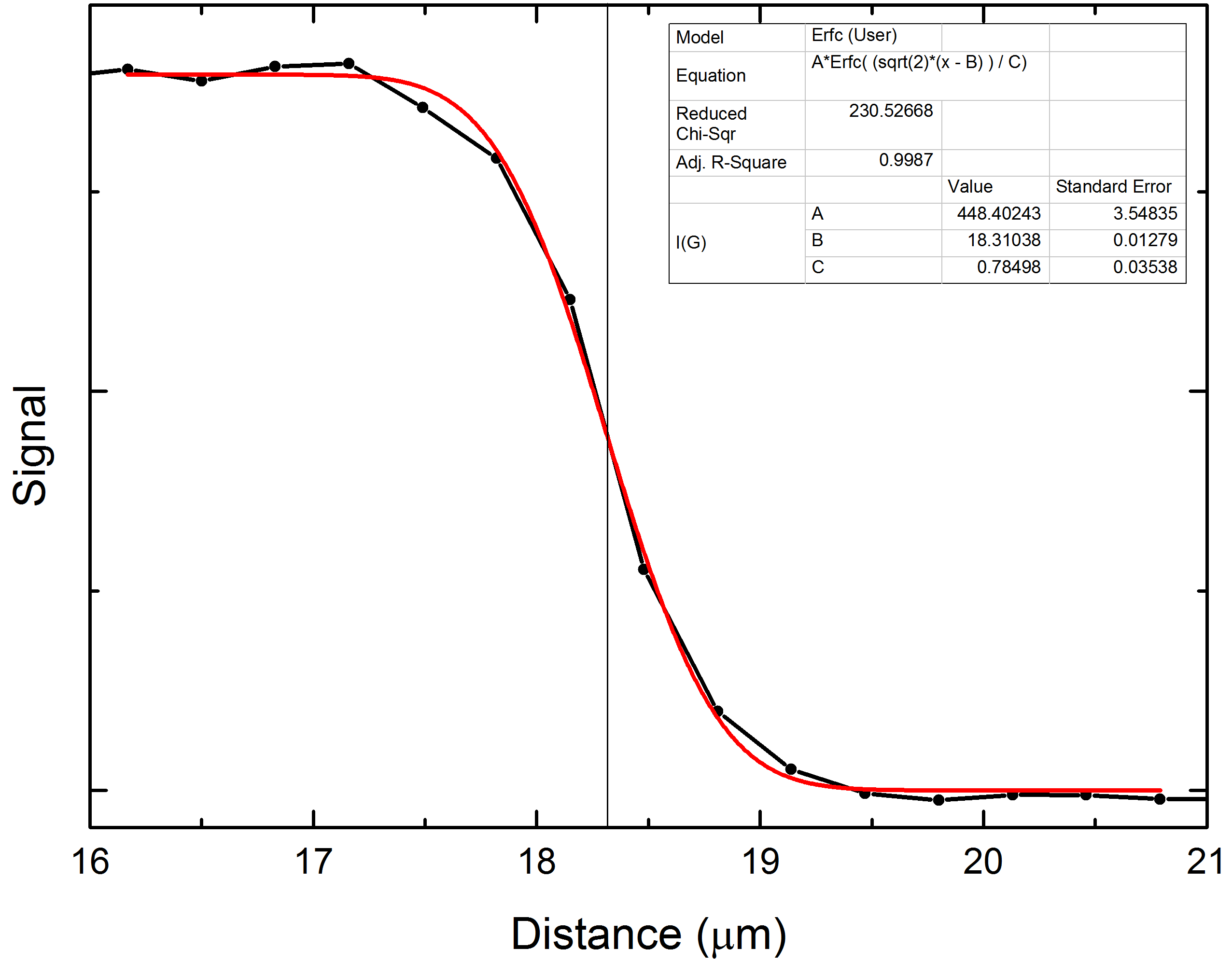 Unless I'm mistaken the parameter C in my fit gives me the 1/e^2 beam width (0.785 micron). I think I can use this to form the system response function, assuming that my laser beam is Gaussian (which is probably not true but that's the best I can do).

How would I go about doing this? I have the original signal data (image 1, distance vs signal) and I can assume a Gaussian spot for my laser as the system response function with the known size obtained from the measurement of the perfectly sharp edge (image 2), as far as I understand (not much more than this...) this should be enough to do a deconvolution?

There was a similar question here a while back with a conceptually similar problem.
Link to the earlier question.

That one was about scanning a target with an electron beam. The question there was how to determine the true shape of the beam if you use a known target. You would seem to have a beam with a known shape. You've got it a bit easier, since you are dealing with a single dimension rather than a 2D shape.

The easiest way to start would be to look at examples for the Matlab deconv method.

One way to go at it would be to create a vector for an object of known size - say you have a sample of exactly 5 microns width. You make a vector representing say 10 microns, and you put a 5 micron wide step in the middle of it. Now you scan for real a 5 micron wide object, and deconvolve that vector with your generated 5 micron vector. Now, you have the beam vector to use when measuring unknown objects.

If you don't have Matlab, you could use Gnu Octave which works almost just like Matlab - many Matlab examples Just Work in Octave. 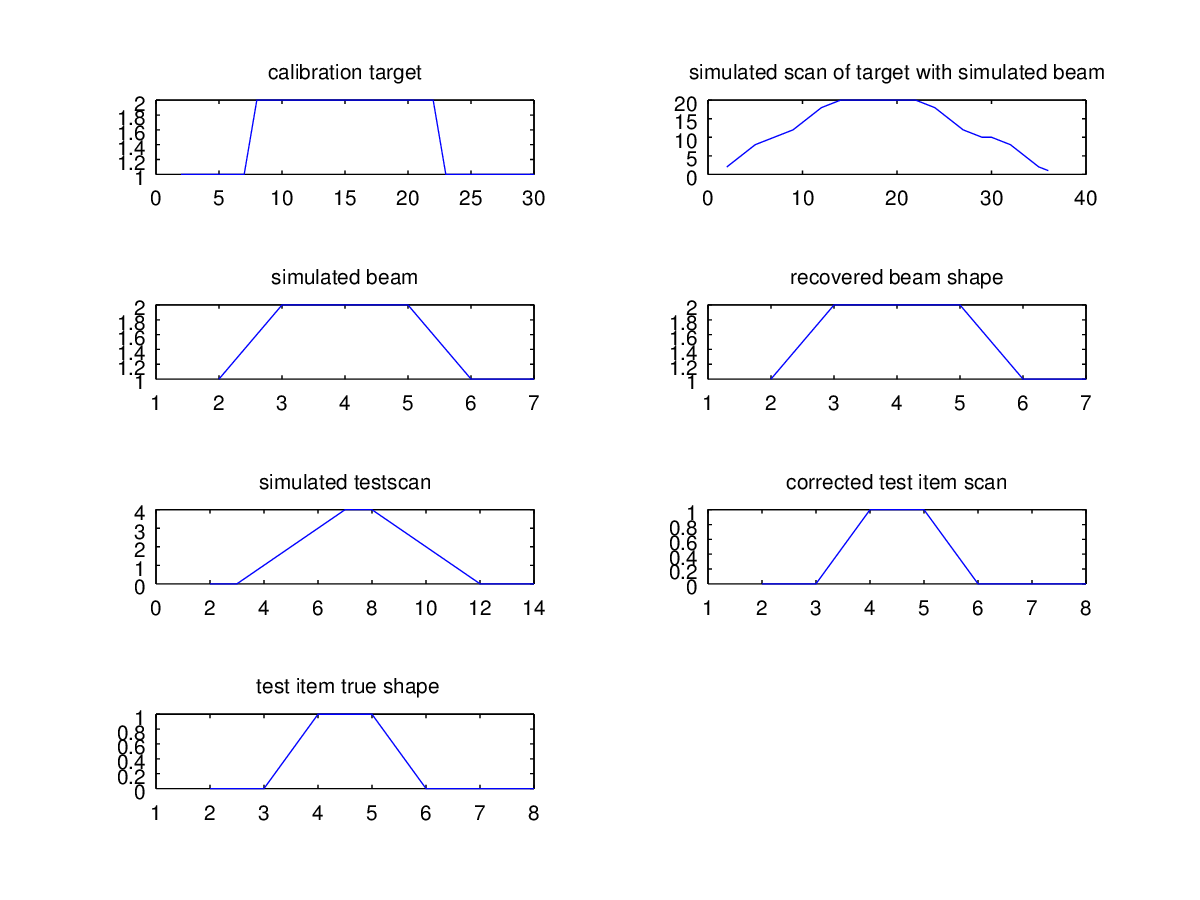 Added to answer questions from the comments.

Not the answer you're looking for? Browse other questions tagged deconvolution or ask your own question.