Finding the Harmonics contained in an Image?

I am beginer in image processing. Any signal whether it is 1D,2D or any multidimensional signal can be represented using combination of number of sine and cosine wavesforms (harmonics). Similerly any image can be termed as a function of sinusoidal signals.

I want to see individual pattern for the number of waveforms/harmonics present in an image.for example the following link contains few of them http://www.cs.toronto.edu/~rfm/factored/filters_out.png . So is there any code in Matlab/ OpenCV or results to understand easily these components(sine and cosine functions(harmonics)) present in any image?

this questions is asked fairly often. If you don't have a grasp of fft in 1d, higher dimensions may be difficult to grasph. But logically it makes a lot of sense once you see it What does frequency domain denote in case of images?

sorry i thought the other post had code, its just code agnostic conceptual stuff. anyway ill tell you matlab (since your tag says matlab in it) and it is more familiar to me than openCV

edit #2 i slightly modified the code

and here are two examples 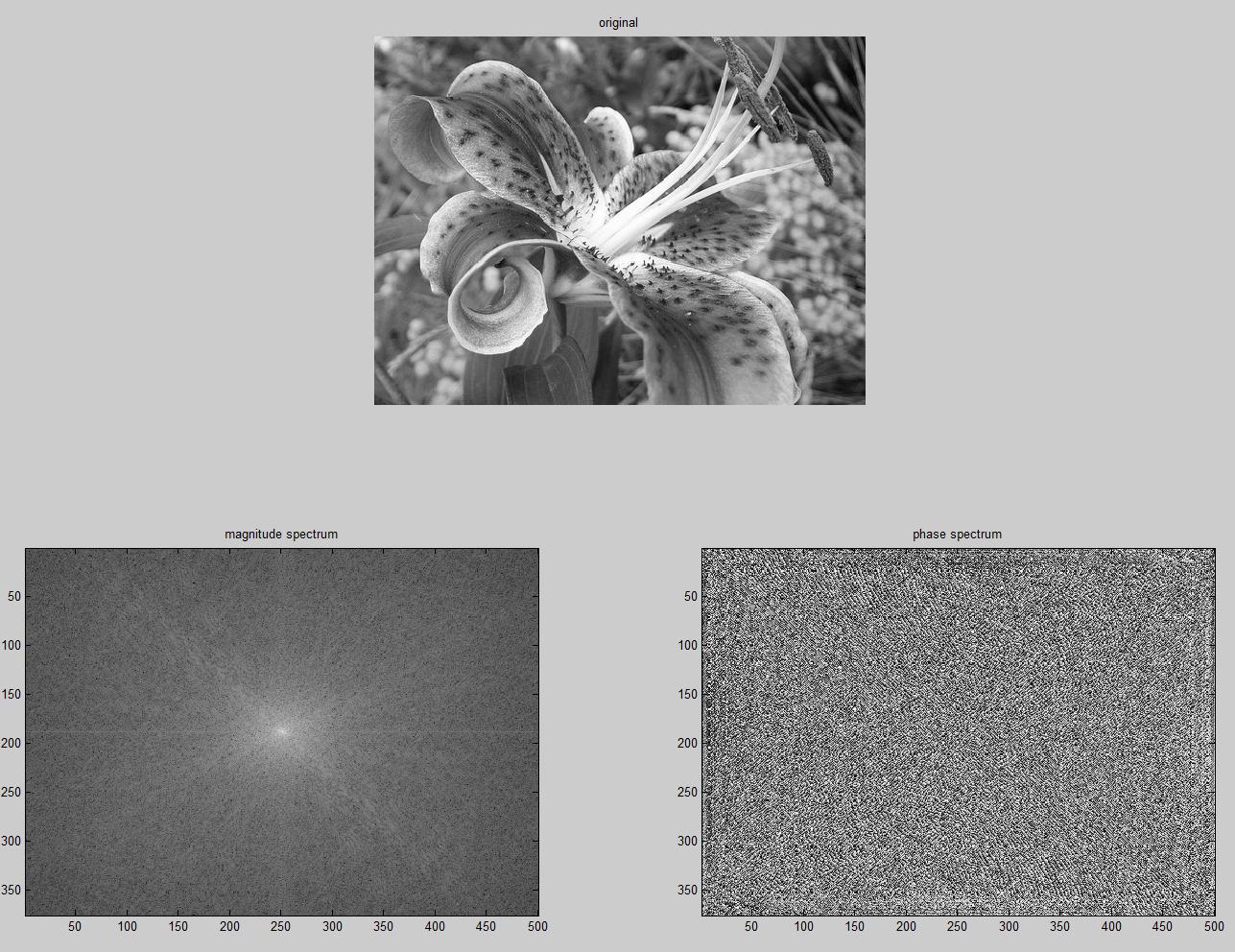 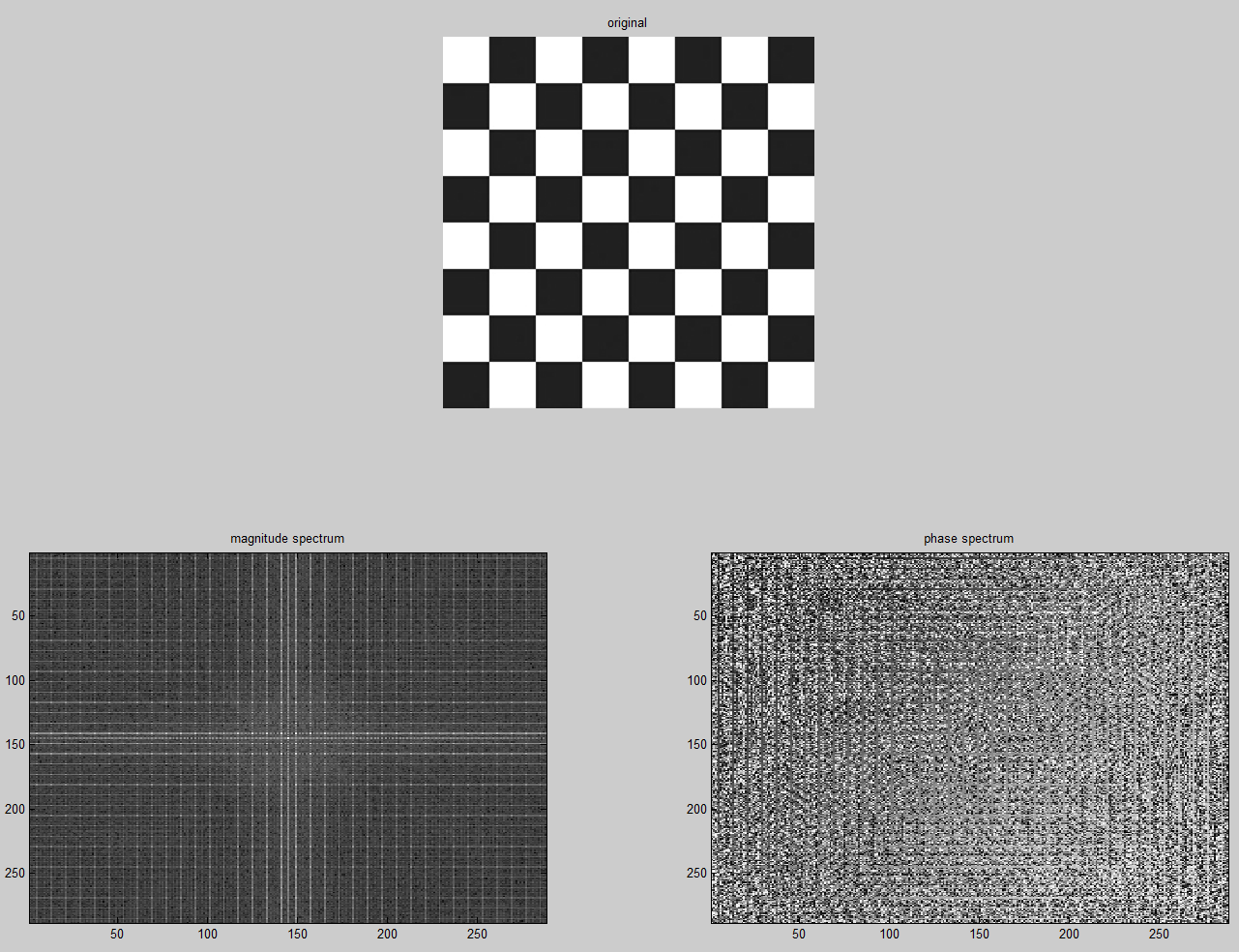 notice with the chess example, there are visible peaks in the magnitude spectrum. Just like the regular fft, these peaks correspond to a sing wave of a specific frequency. Since out image is periodic there is are strong sines at the corresponding frequencies. You also notice since the image is near symmetric, the phase is also periodic. The phase is responsible for modeling the fact that an image is not symmetric

edit #3 this decomposes the figure into individual elements. In the code I limited it to a 4x4 subblock of pixels (the upper left portion of the figure) but you can change this all the way up to the size of the image (though for any large image this would be incredibly slow)

As in my comment, I processed the image one pixel at a time, and did an FFT2 on each of those 1 pixel images. The images themselves are still the same size as the original, it just has only one pixel value populated 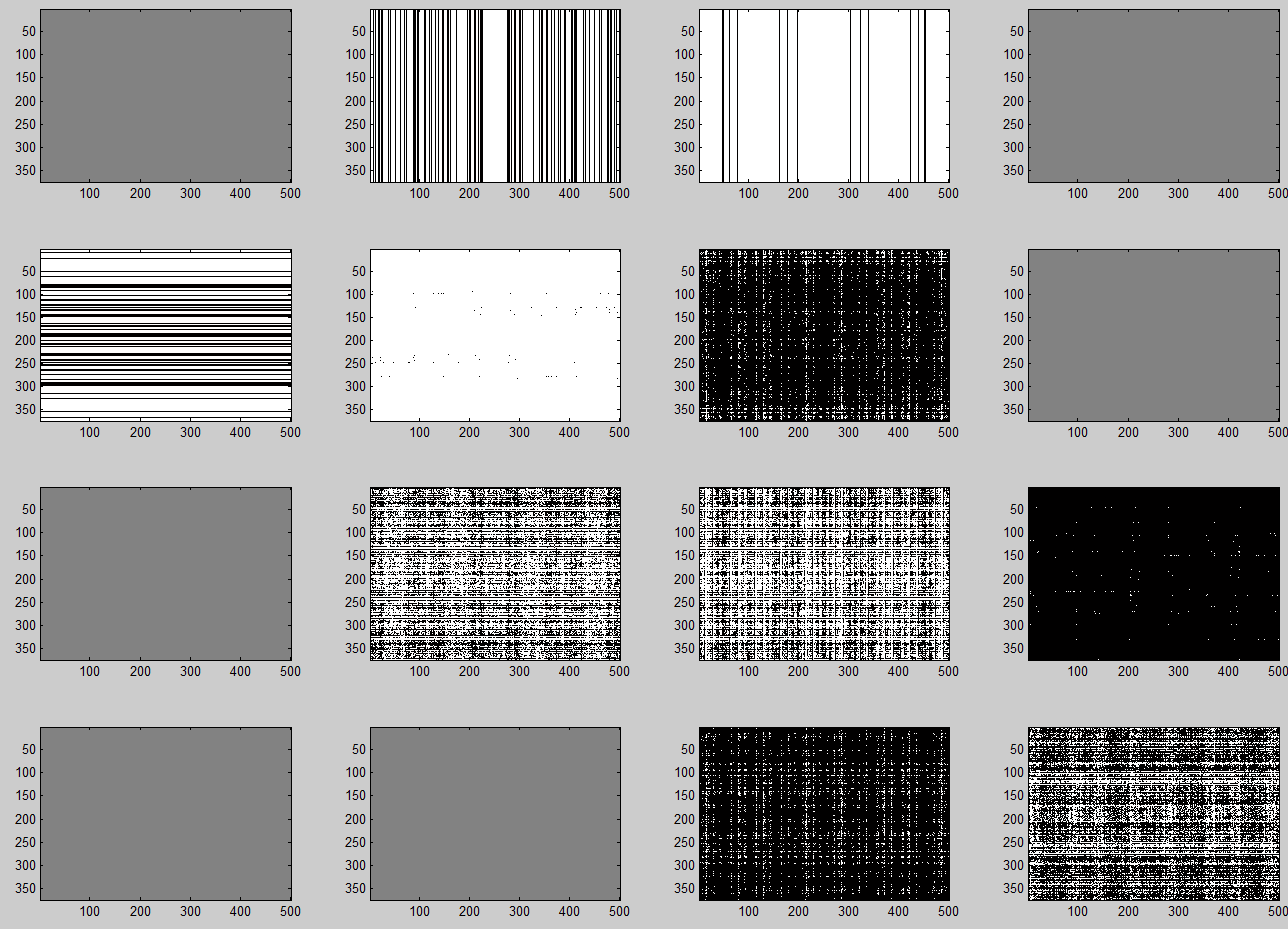 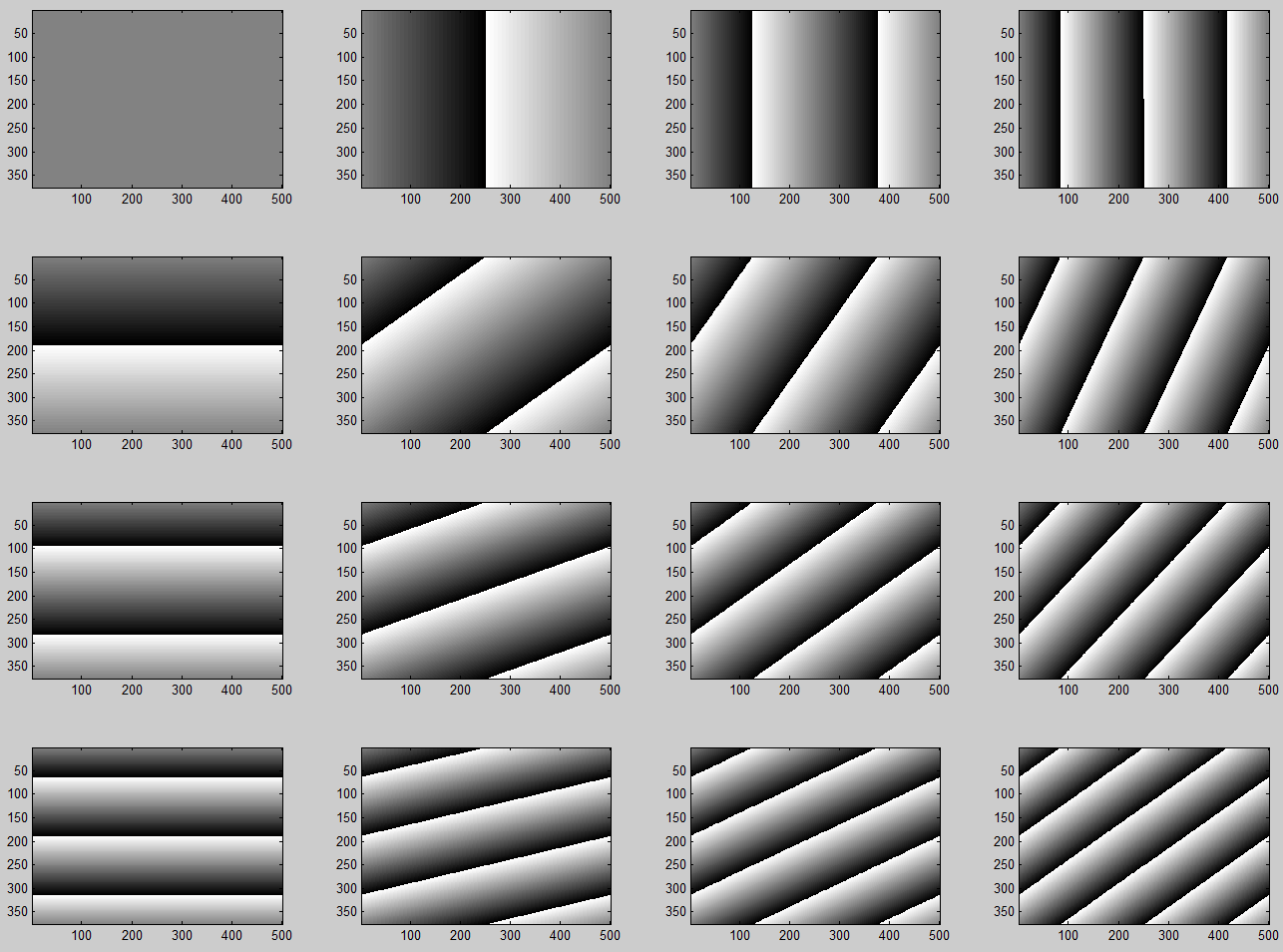 If you want to see the results of a Fourier transform, then it's not that difficult.

The FFT of an MxN image is an MxN array of complex numbers. Each complex value represents the magnitude and phase of a sine wave at one particular frequency - or more precisely one pair of frequencies (horizontal and vertical), since it's a 2D FFT. (Aside: a cosine wave is just a sine wave with a different phase, so we can treat the result as just being a sum of sine waves)

To see the magnitudes, take the absolute value of those complex numbers. Then re-scale the results to either 0 .. 255 or 0.0 ... 1.0 (the latter is probably better under Matlab). You now have an MxN array of numbers, which is just the same as an image. So display it as if it were an image.

If the results are pretty much black with a few white spots, you may need to apply some form of contrast enhancement (such as histogram equalisation) to see anything else.

The resulting "image" will be symmetrical top-to-bottom, and left-to-right. The value in the centre is the "DC" or zero frequency component. As you move away from the centre, you're looking at higher frequency sine waves. The ones at the edges are the highest possible frequencies - corresponding to alternating black and white pixels in the original image.

For most real-world images, the FFT result viewed as an image will be a largely featureless grey mush. That just tells you that the image contained a mixture of many different frequencies, or in other words that the objects in the image were of a wide range of different sizes and orientations.

Not the answer you're looking for? Browse other questions tagged image-processing matlab fft fourier-transform opencv or ask your own question.

124
What does frequency domain denote in case of images?

35
Finding squares in Image
10
Image processing and the Fourier Transform
2
Ridge finding in noisy 2D image
0
Finding crosses and their orientation on a given image
0
Finding the maximum and minimum frequency of a 2D image
6
How does zero-padding affect the magnitude of the DFT?
0
Finding DC gain of a signal
0
How to get the data (pointwise frequency, amplitude and phase) in a FFT performed on ImageJ?
0
Efficient calculation of exact frequency from a broad frequency range (1 Hz - 1000 Hz)