I have several signals that consist of repetitive units. In the figure you'll clearly see the variability of the signals, that increases top down. The first signal is super repetitive and units are indicated with green lines. In the third, you'll see peaks and in the middle a little insertion that I know consists of rather diverging units, which still are units however (red lines). The remaining three signals display the variation more.

Which signal processing / machine learning tool should I use in order to detect these units? With thresholding it works to find the significant peaks, but once signals get funky it's really difficult to accurately detect unit positions. 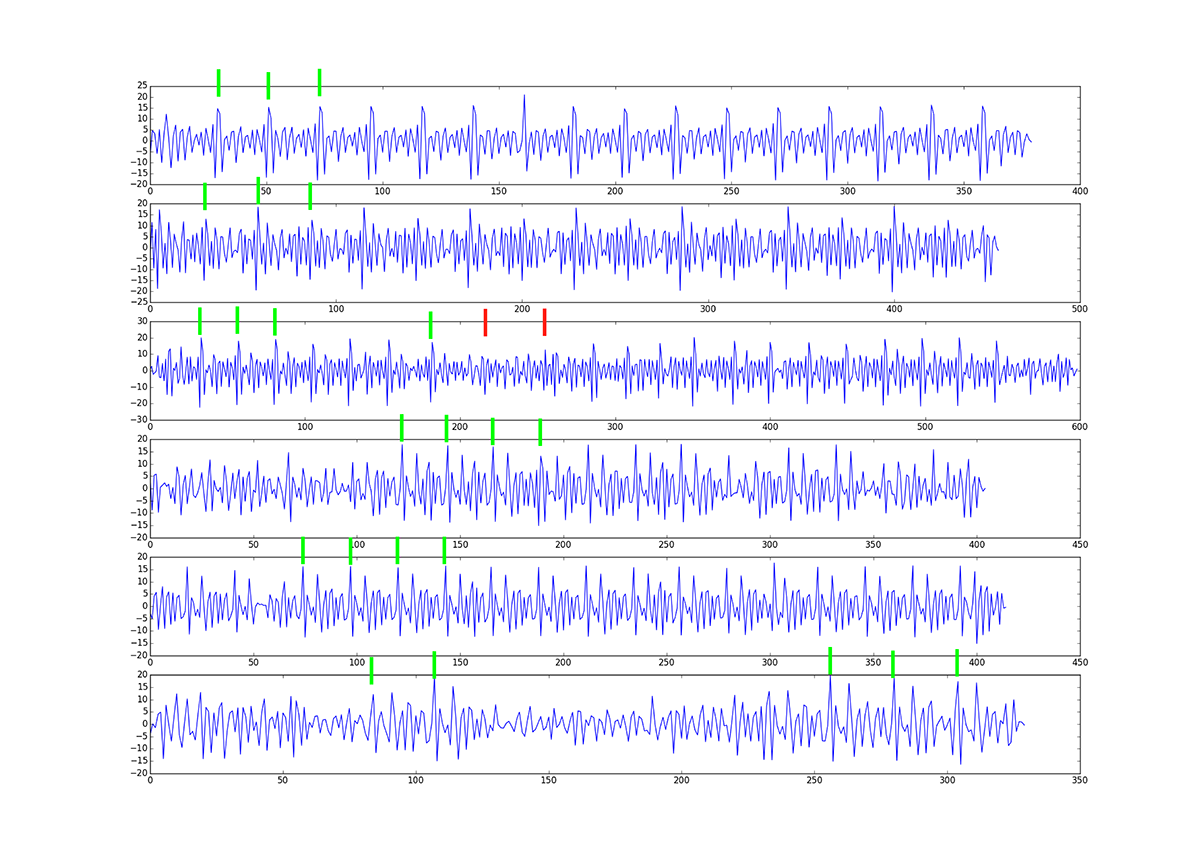 I made some progress with spectral analysis and plotted a filtered signal over the initial signals. Indicated by the blue arrow is a region variable repeats. Here, the amplitude of the original and filtered signal do not match. Same for the red arrow. Similar effects for signal further down. 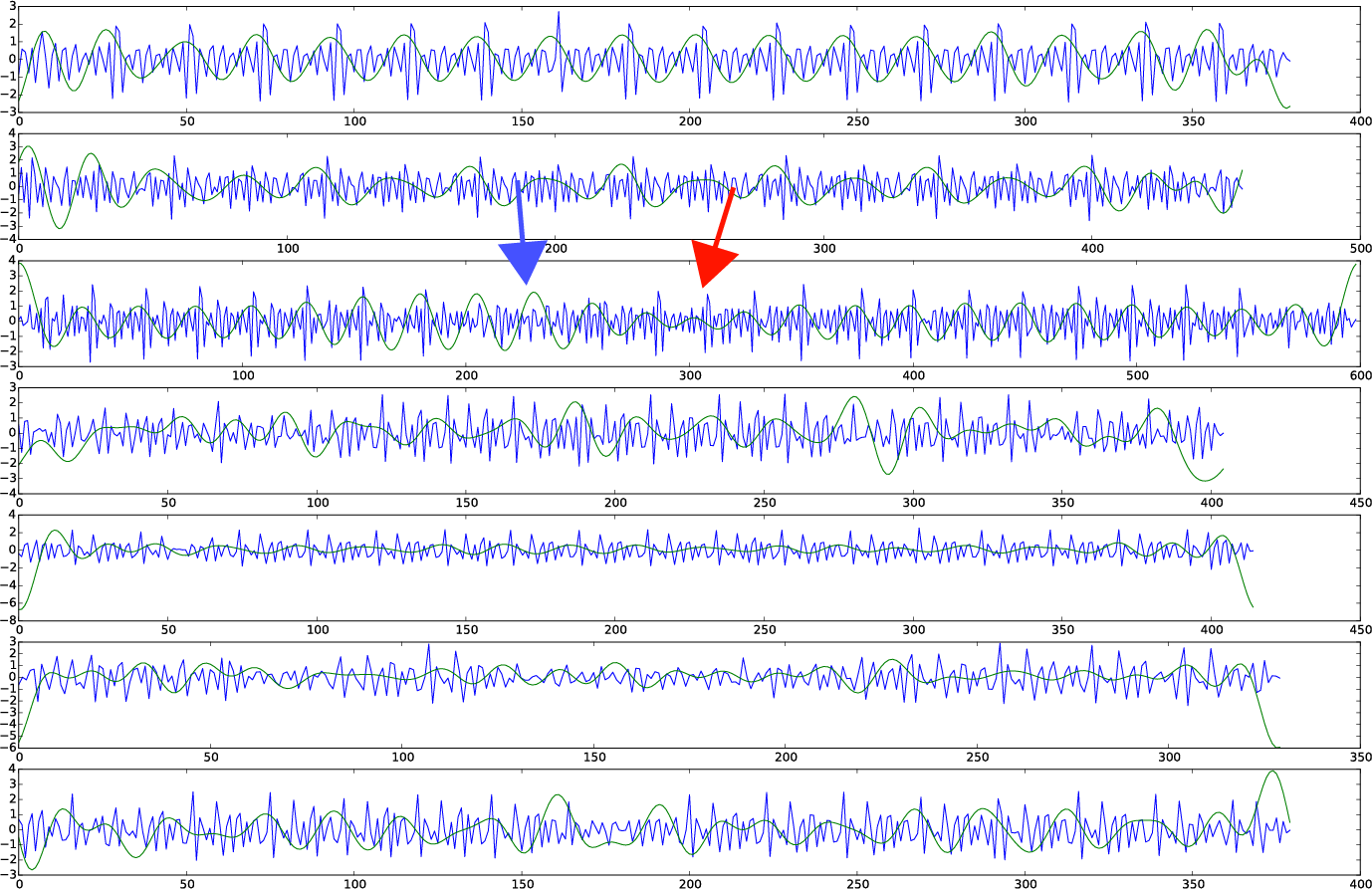 Your repetitive signal seem to be in a lower rate than the noise. I would run an FFT (why short) on all 6 sequences and filter out (zero) the frequencies that are clearly attributed to noise and then run an inverse FFT. If you know the repetition rate you might select the one frequency that has the correct information and use the phase information to locate the desired pick. I will try to include exactly 20 cycles if possible (or 16 or 32).

ok, what I would do is, first take an autocorrelation of the give signal. you get the peaks(due to similar signal element overlap), find the time period by seeing the time scale difference of similar peaks.use the corresponding frequency to filter out the different signals. does that help?

Not the answer you're looking for? Browse other questions tagged signal-analysis frequency-spectrum or ask your own question.

12
Recognizing math functions within songs
14
On using eigenvectors to estimate a signals' fundamental frequency, via MUSIC
2
Detect signals degree of imbalance
5
PSD estimate using FFT - scaling and units
2
How to detect decaying oscillations in a signal
0
How to decompose a mixed signal into its original signals?
1
Designing artificial signals
4
Classifing audio signals to detect fault