What is the type of noise in this image?

what reason could make the noise/effect in this image? 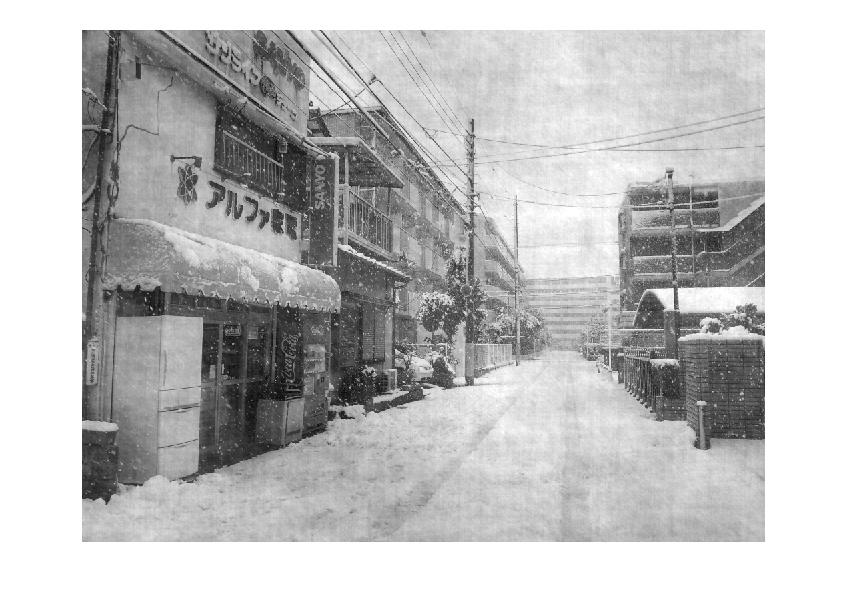 Below is the original 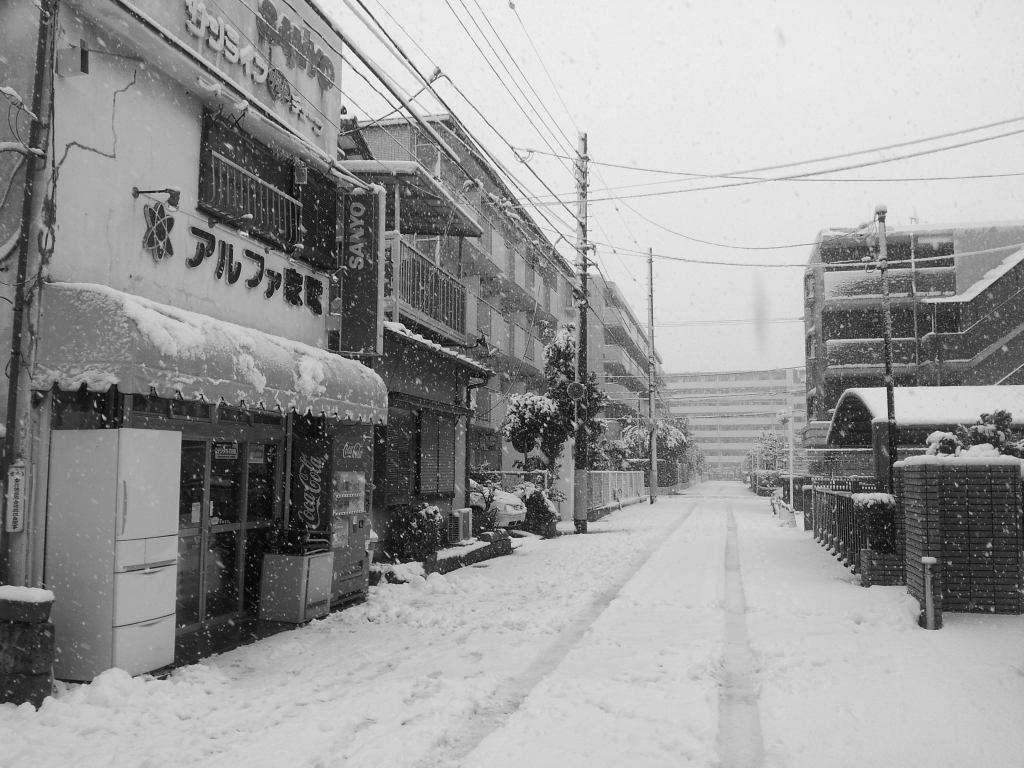 Looking at it, my thought is that the top image has been printed out (onto poor quality paper), then later scanned. The artefacts would then be a mixture of paper texture and poor printing. It could also include ink transfer from the facing page (if part of a book or newspaper, and/or bleed-through from something printed on the back of the paper.

If you crop the distorted image to remove the white border, you get an image with an aspect ratio of $1:1.5$ ($512\times683$ instead of $768\times1024$). So you have undersampling noise, potentially aliasing, because a proper resampling should have smoothly interpolated the original. I am pasting these versions in false color, to better emphasize artifacts. 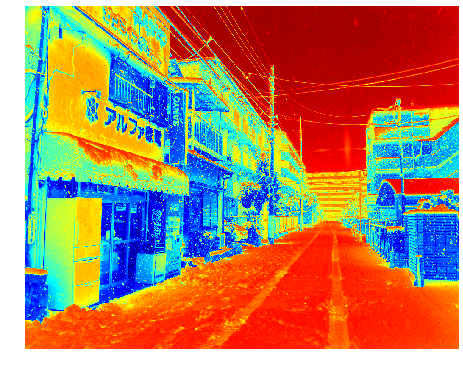 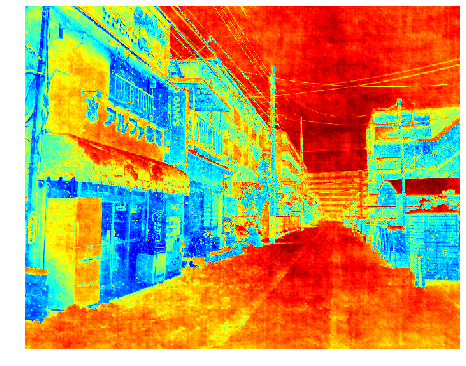 From the images above, you can see color changes in flat/smooth areas, such as the sky above the wire, or the inter-road track orange. So a plausible background bias, with at least a relatively low-frequency part: look at the vertical orange-red-orange transition above the wires, with a period of around $1/3$ of the image width.

The original is jpeg-compressed with a unity quantization table (100% quality), the rescaled and white-bordered was jpeg-compressed with much lower quality (75%), which you can see from blocking artifacts in a 7-pixel frame around the image. You can verify the details, using for instance JPEGsnoop:

a detailed JPEG image decoder and analysis tool. It reports all image metadata and can even help identify if an image has been edited

Then we can look at gradients: 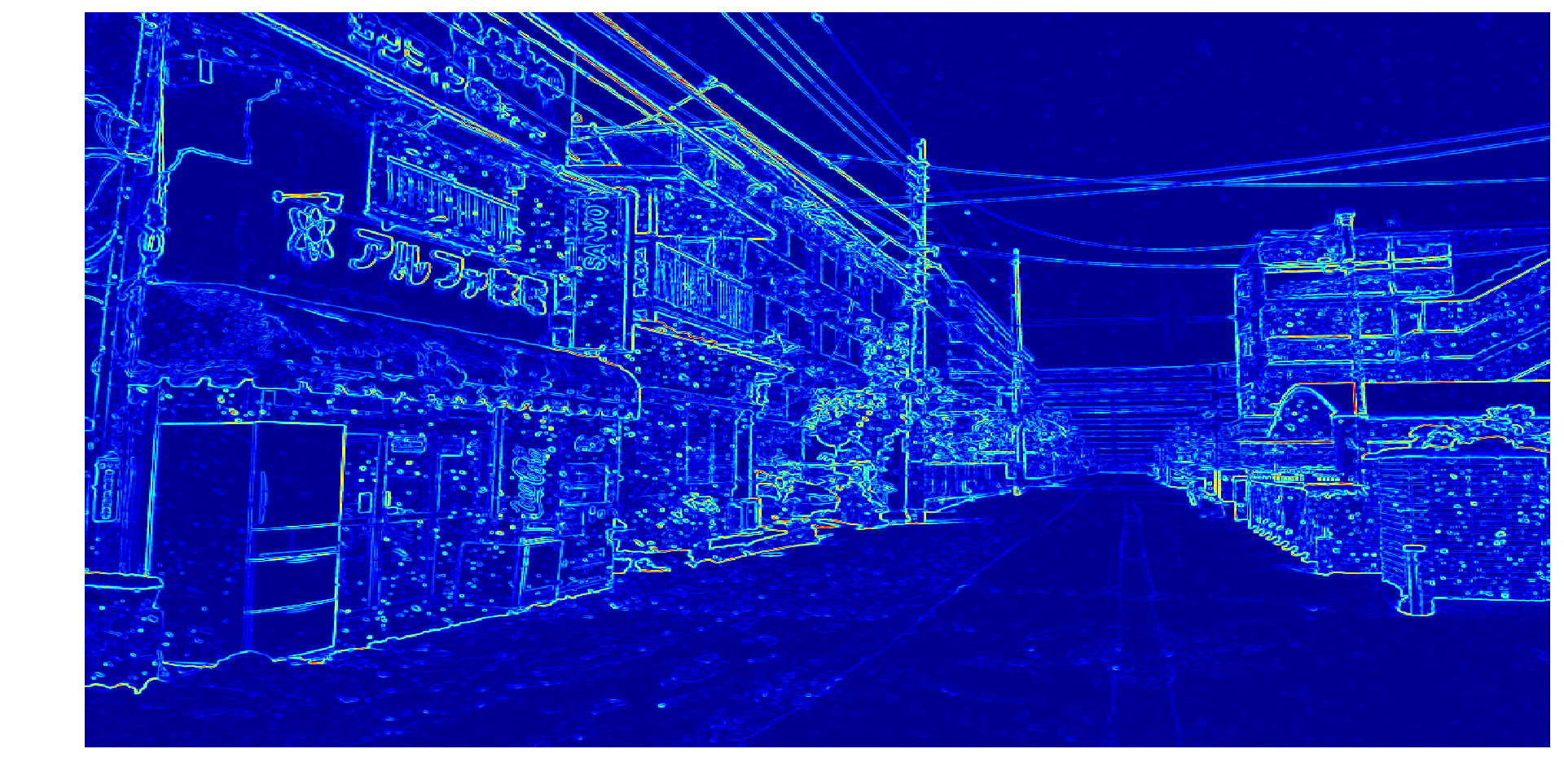 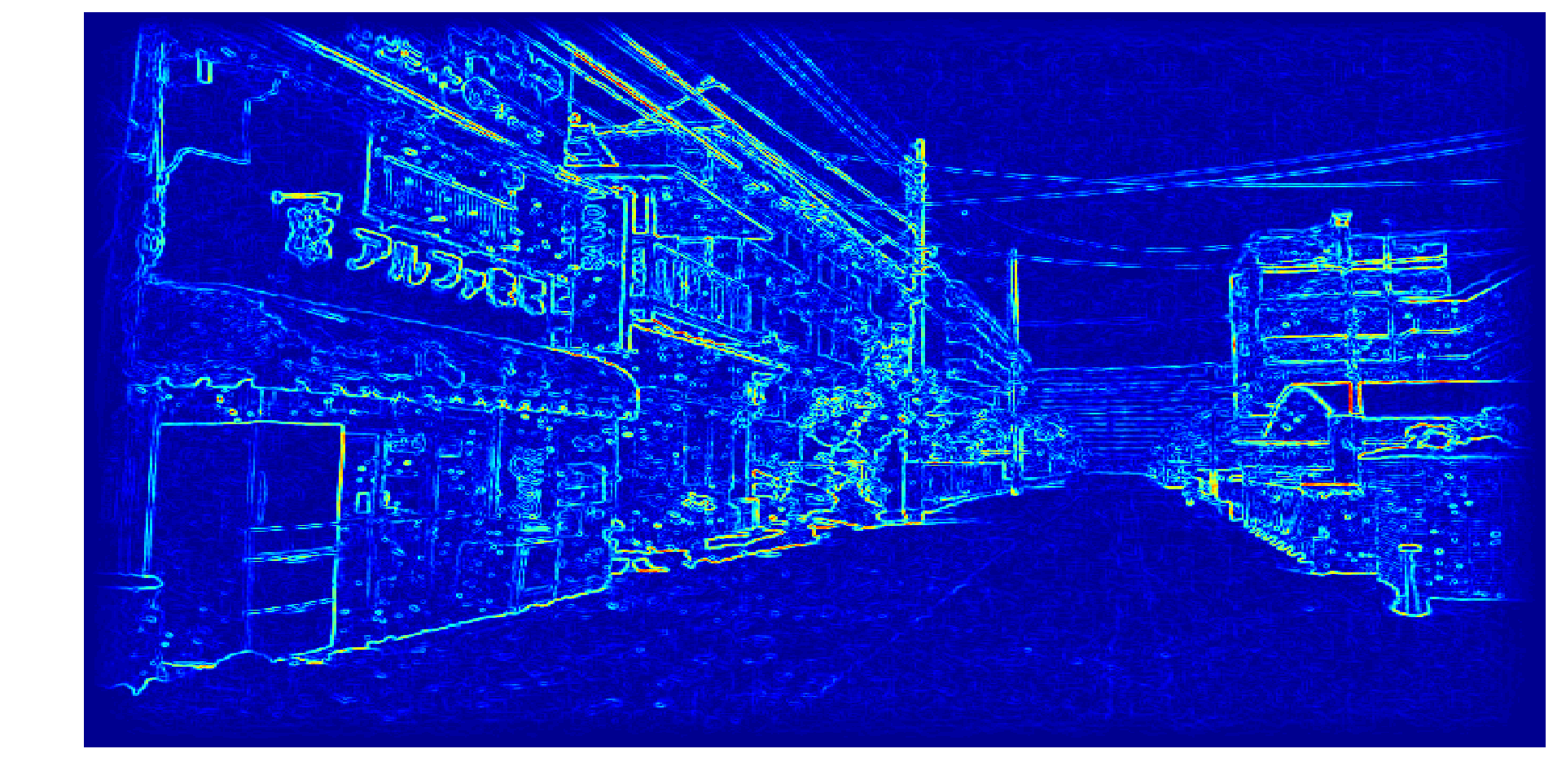 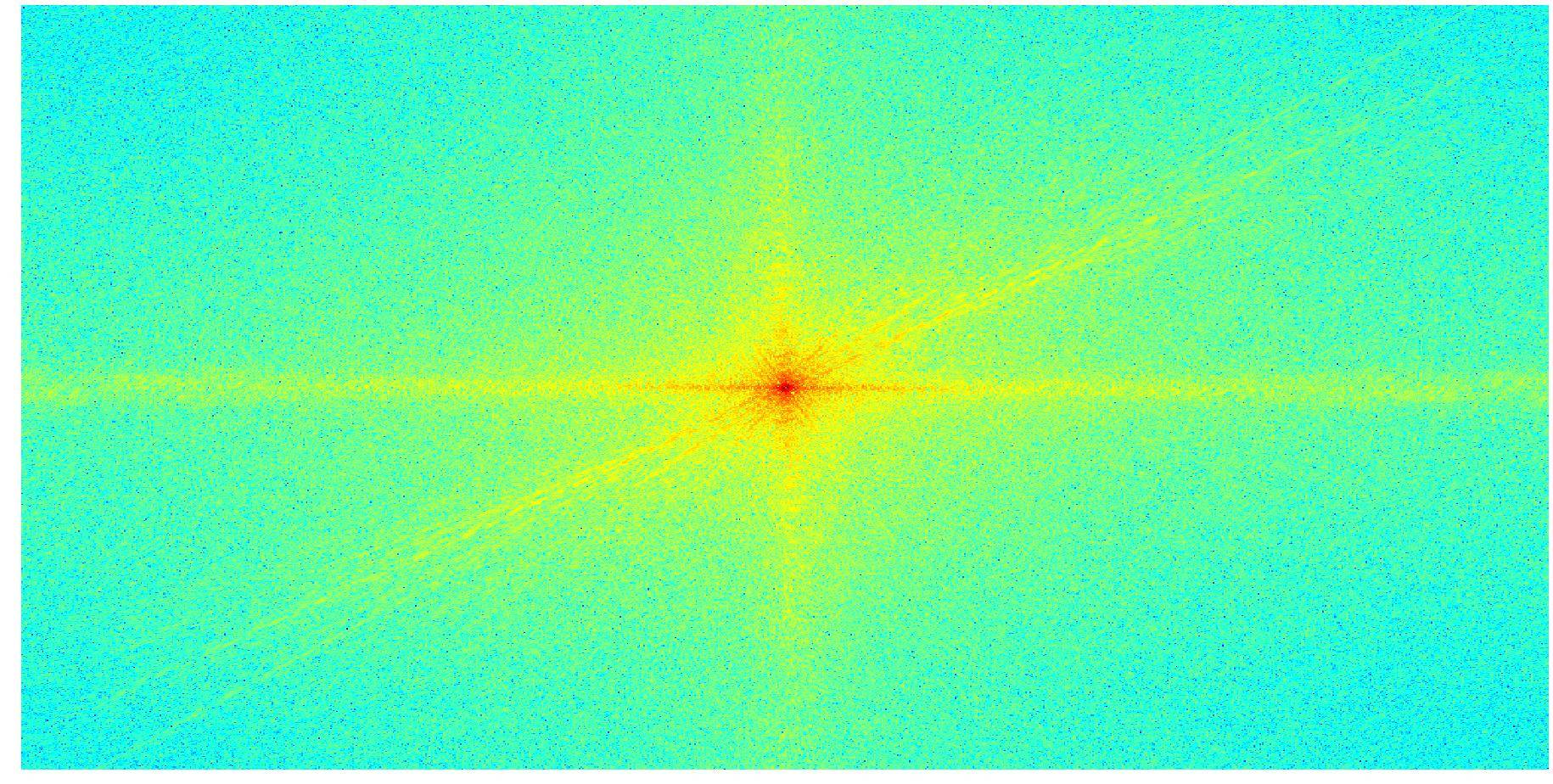 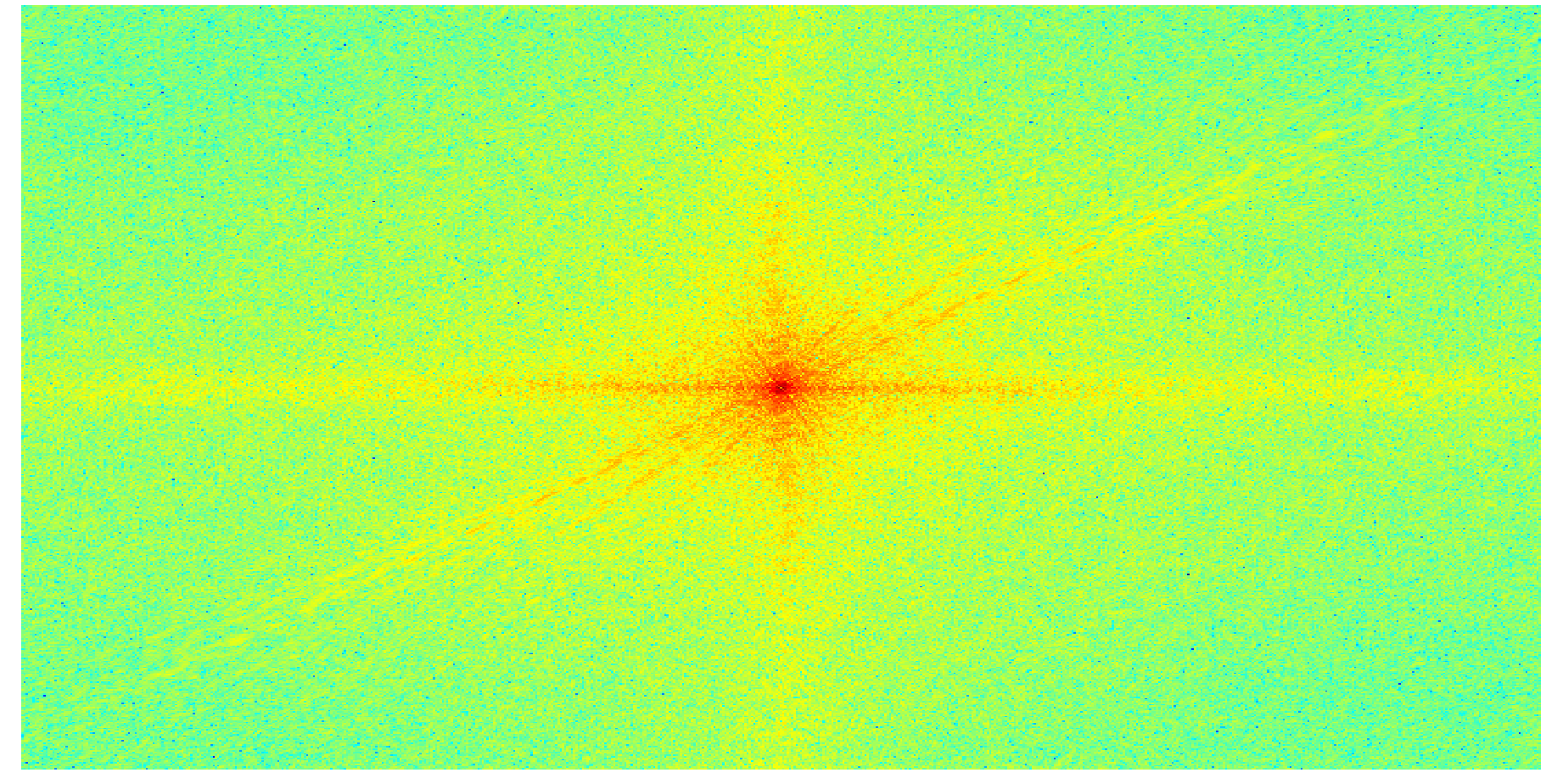 So, the gradient is noisier, and coarser, and the Fourier spectrum looks similar, only noisier and equalized. I doubt about the hypothesis of a paper scan at a lower resolution. However, the color fluctuation and the stripped-noise patterns reminds me of patterns one can observe when reconstructing image from phase and magnitude (from SE.DSP Recover image by only magnitude of image fourier transform) 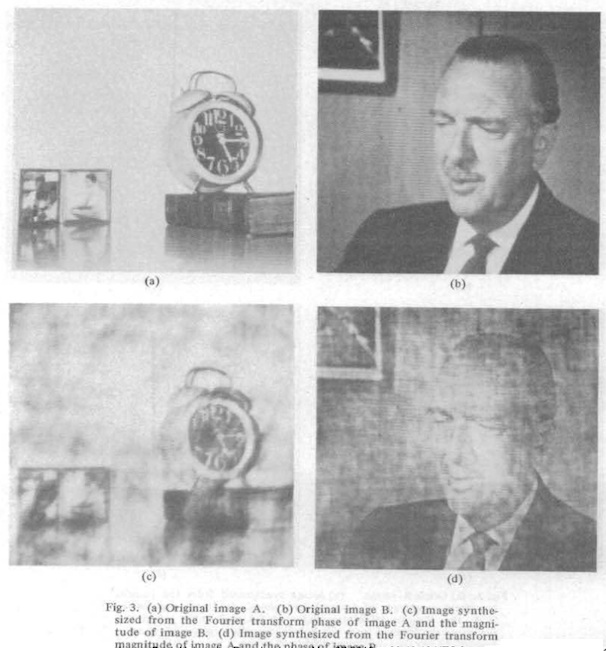 So a possibility: the original image was downsampled by a $3/2$ ratio in the Fourier domain, and reconstructed without too much care.

I would be glad to get image expert feedback in this wild guess.

Perlin? Though to me it looks like a poor nearest-neighbor interpolation, after up-down resampling. I'm just replying with a guess, I admit.

First, there is for sure a poor up-down sampling / interpolation that cause some aliasing. I don't know for the wild superimposed texture. My guess would be a bad inverse radon transform, but it is very unlikely in a photography context ... Maybe it is compression artifact from a ridgelet transform. 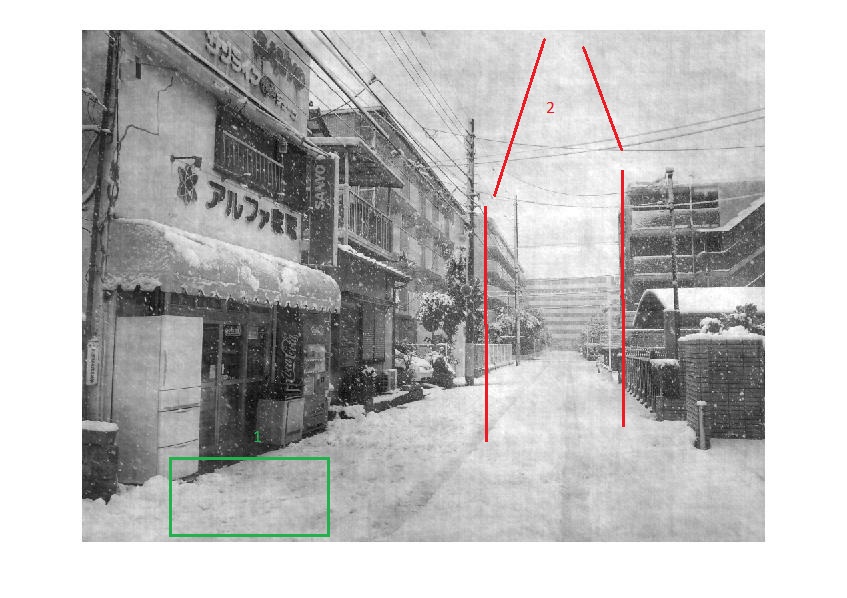 Area 2 is clearer than it should be while right and left side are darker, as if mean along columns had corrupted every rows.

In area 1 we can see line shaped artifacts, it makes me think about radon transform stuff.

There is also a clear loss of contrast

Not the answer you're looking for? Browse other questions tagged image-processing noise image frequency-domain or ask your own question.

3
recover image by only magnitude of image fourier transform

1
float image to integer type image
0
Noise in Digital image
5
Noise Removal from an Image Using OpenCV (Comparison to Neat Image)
3
How to Estimate the Noise of an Image / Estimation of the Noise in an Image?
4
salt noise in an image
1
How can I duplicate this type of image?
3
What is the difference between Image Inpainting and Image Denoising?
1
gaussian noise in an image
0
Uncorrelated and zero mean image noise