What's the difference between the Gabor and Morlet wavelets?

Gabor wavelets are formed from two components, a complex sinusoidal carrier and a Gaussian envelope. (source) 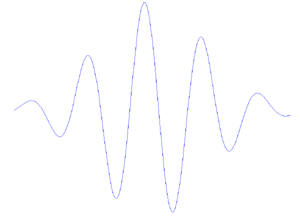 In fact, the wavelet shown in Figure 2a (called the Morlet wavelet) is nothing more than a Sine wave (green curve in Figure 2b) multiplied by a Gaussian envelope (red curve). (source)

Are these just different names for the same thing?

Not to be confused with the "Gabor transform", which seems to be just another name for "STFT with a Gaussian window". There's also the Gabor atom, which I guess is the same as the Gabor wavelet?

Since asking this on math.SE, I've also found terms like "Gabor/Morlet wavelet" and "Gabor-Morlet transform", implying that they are the same thing.

Also this has been asked before: Gabor transform/wavelet vs. Morlet wavelet but the answers are not clear to me.

The Gabor wavelet is basically the same thing. It's apparently another name for the Modified Morlet wavelet. Quoting from Wavelets and Signal Processing:

[The Modified Morlet wavelet] does not satisfy the admissibility condition but is nonetheless commonly used. Sometimes this wavelet is called the "Gabor wavelet," but that term is improper because Gabor had nothing to do with wavelets. He was ... one of the founders of time-frequency analysis.

That book is a collection of papers, and that paper ("The Wavelet Transform and Time-Frequency Analysis") is by Leon Cohen (of time-frequency distribution "Cohen class" fame), so I think it's reasonably authoritative.

At the very least, it sounds like the confusion is just a naming disagreement. According to A Friendly Guide to Wavelets (pg. 114), Gabor was the first person to propose the use of Gaussian windows for time-frequency localizations, so his name tends to get attached anytime they're involved.

Not the answer you're looking for? Browse other questions tagged wavelet terminology time-frequency or ask your own question.

11
What's the difference between the Gabor-Morlet wavelet transform and the constant-Q transform?