I'm using MATLAB, and have experience with it but not with this kind of problem. I'm trying to identify white lines in noisy 2D images such as the one below. I can separate the brighter ones just by thresholding, but the dimmer ones (like in the bottom left) are tricky. Any suggestions? I guess I need some kind of ridge detection. It's worth noting that the background isn't entirely uniform... the brightness of the dim filaments might even be lower than the background noise in other parts of the image. So maybe some kind of local filtering instead of uniform background subtraction. As you can see I don't know where to begin.

Ideally I would will want to produce a skeleton describing all the lines for further analysis (measuring lengths). Of course this involves dealing with cross-overs and stuff too, but for now if I can just detect all the lines that would be a good start. 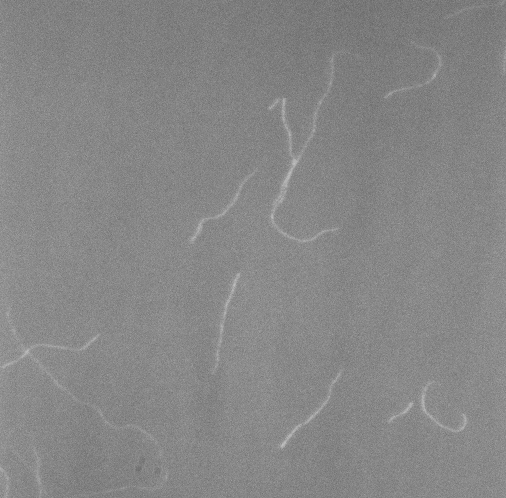 My proposal would be: 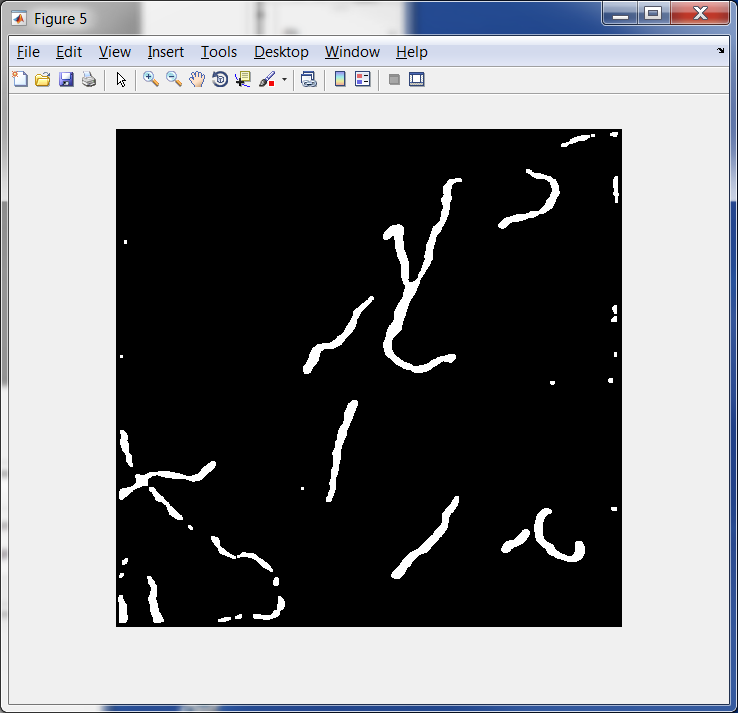 Not the answer you're looking for? Browse other questions tagged image-processing matlab edge-detection or ask your own question.

34
Finding squares in Image
17
Detection of a Circle in Noisy Image Data
3
Algorithm for finding length and end points of a curly human hair
1
Finding the Harmonics contained in an Image?
1
How do derivative masks work for finding edges in image?
0
Fitting a polynomial to a ridge in an array