I know the answers of the below question but I dont know why, except linear, could you explain the rest? Small tick: correct, small tick with dash incorrect answer. 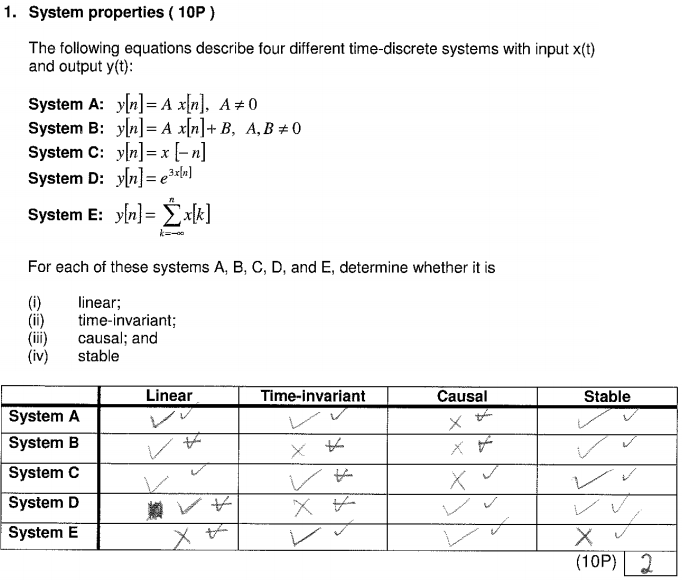 Such questions have been asked here before, and the concepts are simple and important. Dilip Sarwate is right to ask you to add details as to where you get stuck, so we can give better answers (instead of just solving the problem for you).

I'll try to explain the basics in a clear way so that this answer may also be useful for other users, and to help you understand and solve the problem yourself. Assuming you understand linearity, let's move on to the other properties:

Not the answer you're looking for? Browse other questions tagged discrete-signals signal-analysis linear-systems or ask your own question.