I have just started studying Digital Signal Processing. Can someone explain what is the difference between a Discrete Signal and a Digital Signal in simple words?

Many engineers and theorists have equated and are equating digital signal processing to signal processing of quantized discrete time signals. There are subtleties, however. The information-theory concept of signal being too hard to squeeze into "simple-word" explanation, I suggest that you learn first what is a "digital waveform". A waveform is not a signal but may represent a signal in your designs of processing units. For a beginner in DSP studies, knowing what is a digital waveform is a practically useful knowledge with a promise to help you advance through the subtleties of the information-theoretical concept in due time.

Digital waveform is a voltage or a current that varies with time between values called "logic levels", these levels are defined by "digital abstraction" discipline ( http://ocw.mit.edu/courses/electrical-engineering-and-computer-science/6-002-circuits-and-electronics-spring-2007/video-lectures/6002_l4.pdf ). The varying voltage or current values not always fall into limits prescribed by digital abstraction rules for signals values at logic levels: when switching between levels, a voltage or current, being a continuous function, passes "forbidden" ranges. The same digital abstraction discipline prescribes to consider restrictions not only for values of logic levels, but also for timing parameters, of which the very important are the setup and hold times -- guard time intervals of signal stability surrounding the assertion edge of the clock. See a good tutorial on digital waveforms in http://www.ni.com/white-paper/3299/en/ . Quite remarkably, digital waveforms are called digital signals in this tutorial.

In (relatively simple) words, digital waveform is a waveform with logical signal levels and timing parameters conforming to digital abstraction rules for a given design. What is a legitimate digital waveform for one design may happen to be inappropriate for another. 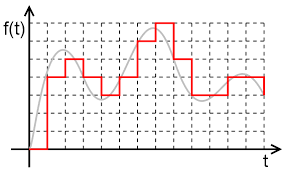 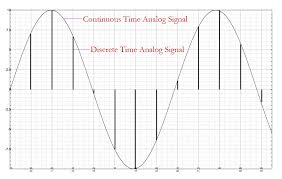 Not the answer you're looking for? Browse other questions tagged discrete-signals digital or ask your own question.