Feature Detection on a Circular Metal Surface for Character Recognition

Without any preprocessing I could match cropped features with original image. I've actually cropped 2 characters together to increase interested points on a template. 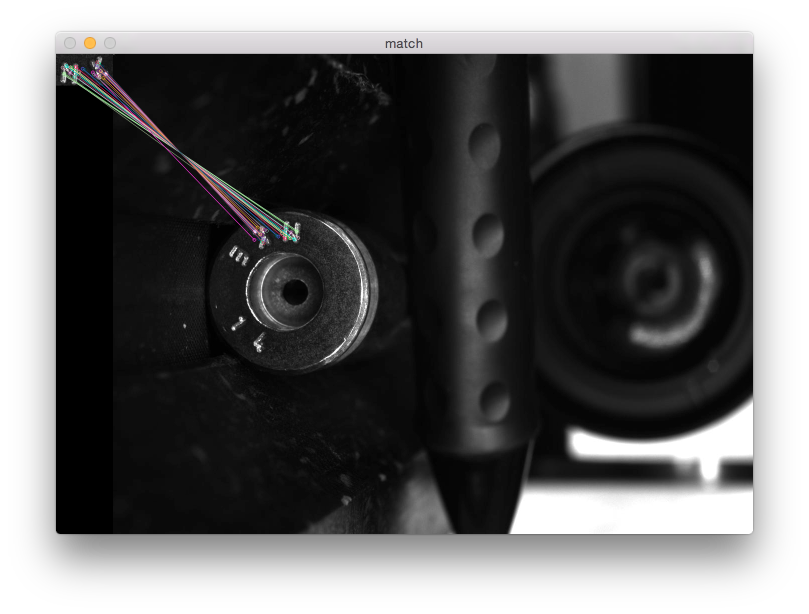 however on different locations of the conveyor belt and with different illumination angle and perspective SURF matching fails. 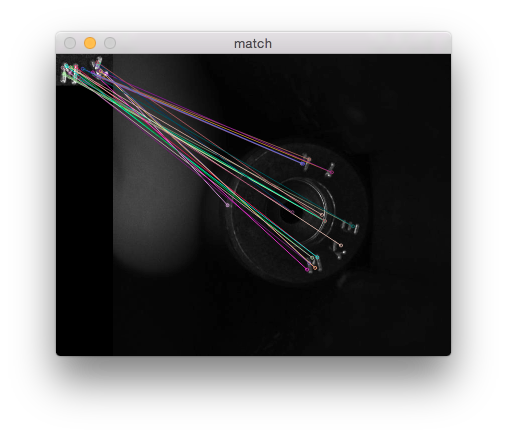 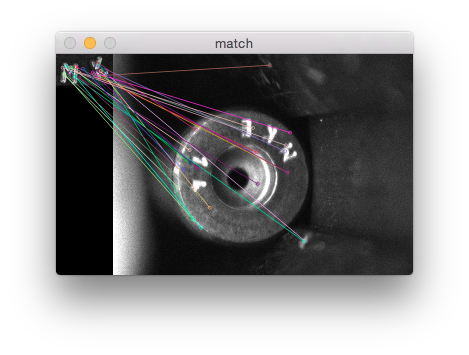 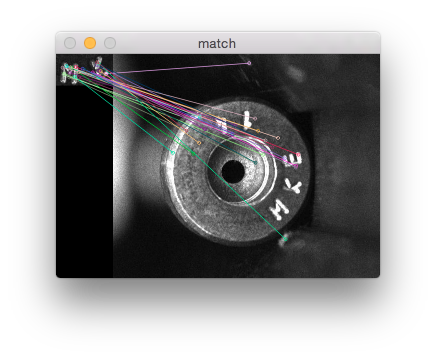 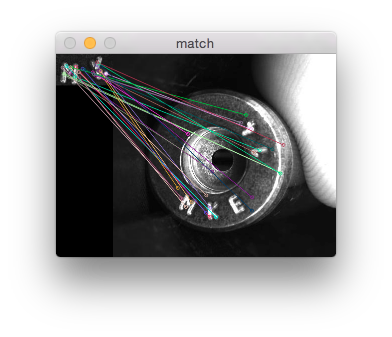 I am open to new suggestions for this problem. Maybe a different algorithm or method that can help me out.

Do not struggle forming a database of images to match via descriptors. This would be too computationally cumbersome and would require immerse amount of training. Such a scalable solution doesn't exist out of the box yet. I would rather rely on Neural Networks or SVMs to train the possible appearances of characters.

Of course using a classifier relies on the assumption that the images appear more or less in a controlled fashion and you can segment the characters. To meet these criteria, you need to stabilize your illumination conditions. You can do this with the appropriate choice of LED lighting. After the illumination is more or less uniform and robust, the character segmentation is straightforward. You can simply threshold the image through local techniques (which posses certain illumination treatment) and apply blob analysis. You can also put all the constraints you have in this stage. Don't forget to unwarp your images prior to segmentation as described in this post.

To train your classifier do not use plain intensity values. This would be very noisy. Instead exploit the gradient information (or normalized gradients). This is proven to be robust in many works such as this one. Also, don't even use the gradients directly. It is better to quantize them (Remember canny?). Robustness of LINEMOD is also a good example of this.

I would suggest further reading on machine vision as this is a practically involved topic. Many techniques on machine vision differ substantially from the methods in computer vision. You can think of this as a practice-theory duality. Refer to this book for instance.

Not the answer you're looking for? Browse other questions tagged image-processing computer-vision opencv ocr or ask your own question.

1
Can I segment characters from this image with CSV?