Comparing the FFT to numerical integration in Matlab

The result of calculating the fourier transform using numerical integration is: 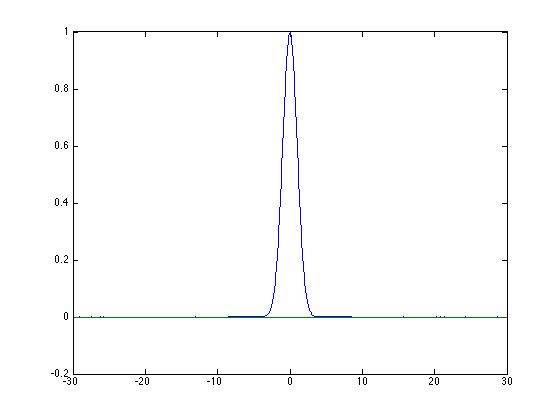 the result of using Matlab's FFT is: 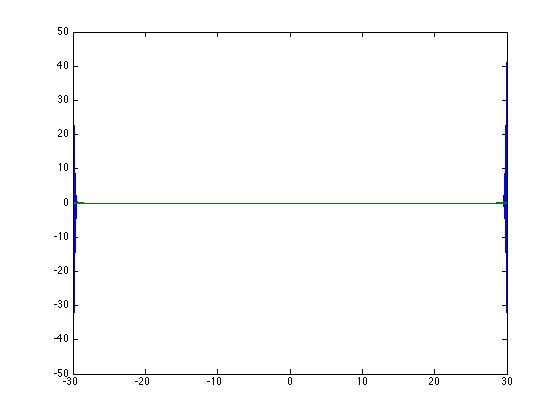 So where did I go wrong here? I know the FT of a Gaussian should be another Gaussian. Shouldn't they be the same? Furthermore I would have thought the

Following a suggestion using the fftshift function gets me to the following plot, but this looks very different to the original fft despite documentation stating that it just centres the result around zero frequency. 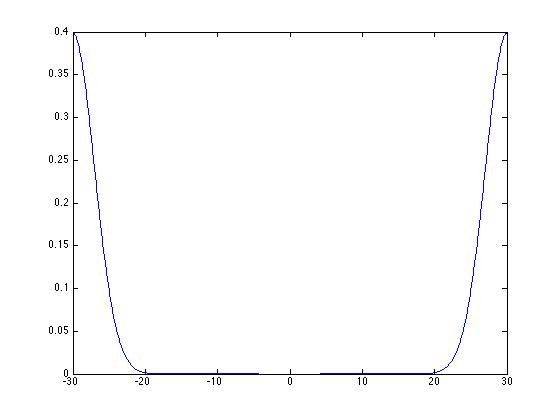 which is more resembling what I would expect.

There are two reasons why you get different results. The first is that you define a vector t between $-10$ and $10$, but the fft command doesn't know that. So the data are interpreted as starting at $0$. This means the first difference is that the FFT computes the transform of a delayed Gaussian impulse, not of an impulse centered at time zero. This is why you get a non-zero imaginary part in the result of the FFT.

The second problem is - as pointed out by nivag in a comment - that the first index of the result of the FFT corresponds to frequency zero, and the negative frequencies appear in the second half of the resulting vector.

Not the answer you're looking for? Browse other questions tagged matlab fourier-transform or ask your own question.

5
Why do we have to rearrange a vector and shift the zero point to the first index, in preparation for an FFT?

2
FFT has unexpected DC component
2
Why MATLAB fft cos makes imaginary parts?
7
Checking Parseval's Theorem for Gaussian Signal by Using Scipy
5
Why do we have to rearrange a vector and shift the zero point to the first index, in preparation for an FFT?
1
FFT shows systematic deviations from analytical result
1
How to accurately compute the Winger-Ville Distribution of an exponential
0
Unexpected imaginary part in the fft of a zero-padded cosine