I am attempting to write a FFSK (differentially encoded MSK) modulator. I have found and implemented a demodulator that works with sample data taken from a radio of a FFSK signal. The demodulator uses a FM Discriminator to transform the IQ data to a FFSK signal that can be decoded. I am using the method described in the article "Minimum Shift Keying: A Spectrally Efficient Modulation" by Subbarayan Pasupathy to modulate a FFSK signal. When a FM Discriminator is applied to the output of the modulator a square wave alternating between +/- 4.5 deg is produced.

Below is a snippet of my matlab code used for modulation:

Here is a graph of the output of the FM discriminator from the sample data: 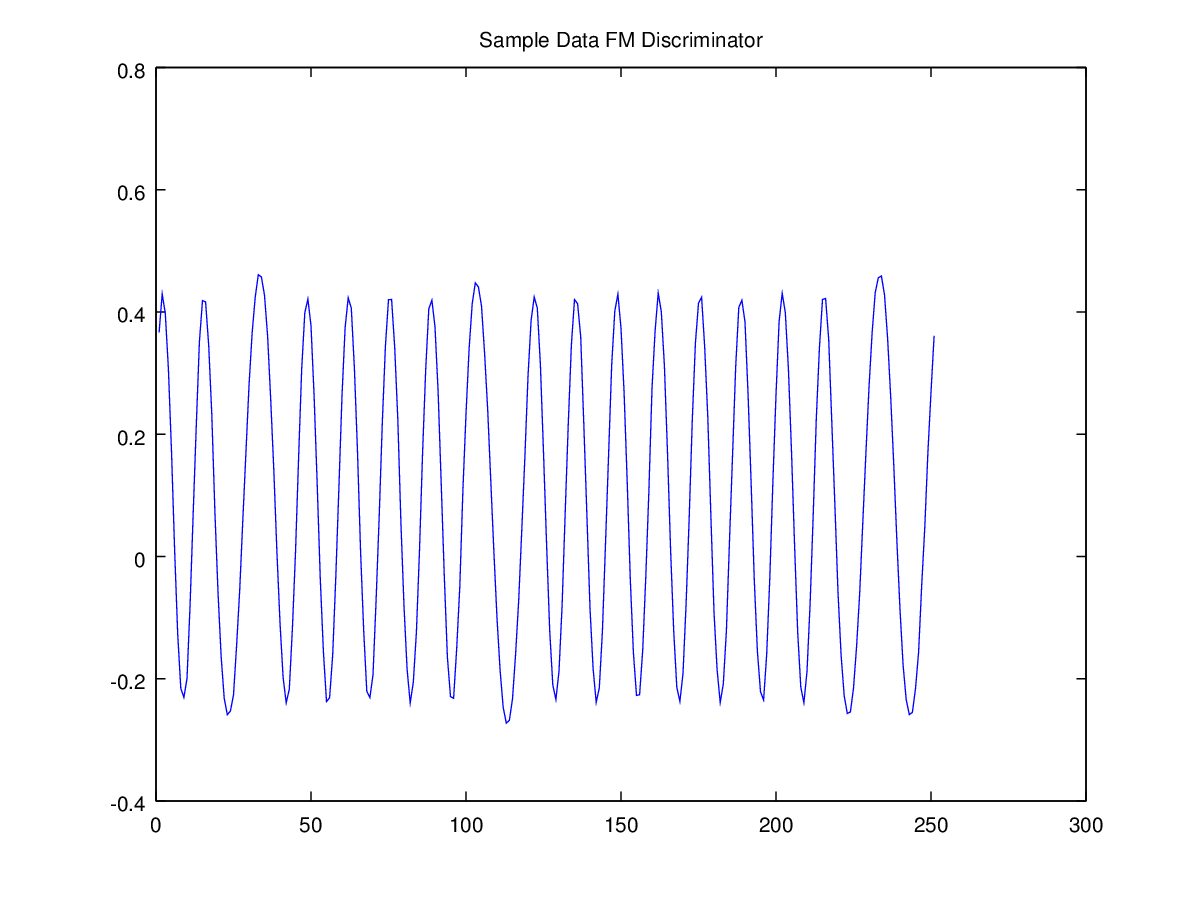 Here is a graph of the output of the FM discriminator from the modulator data: 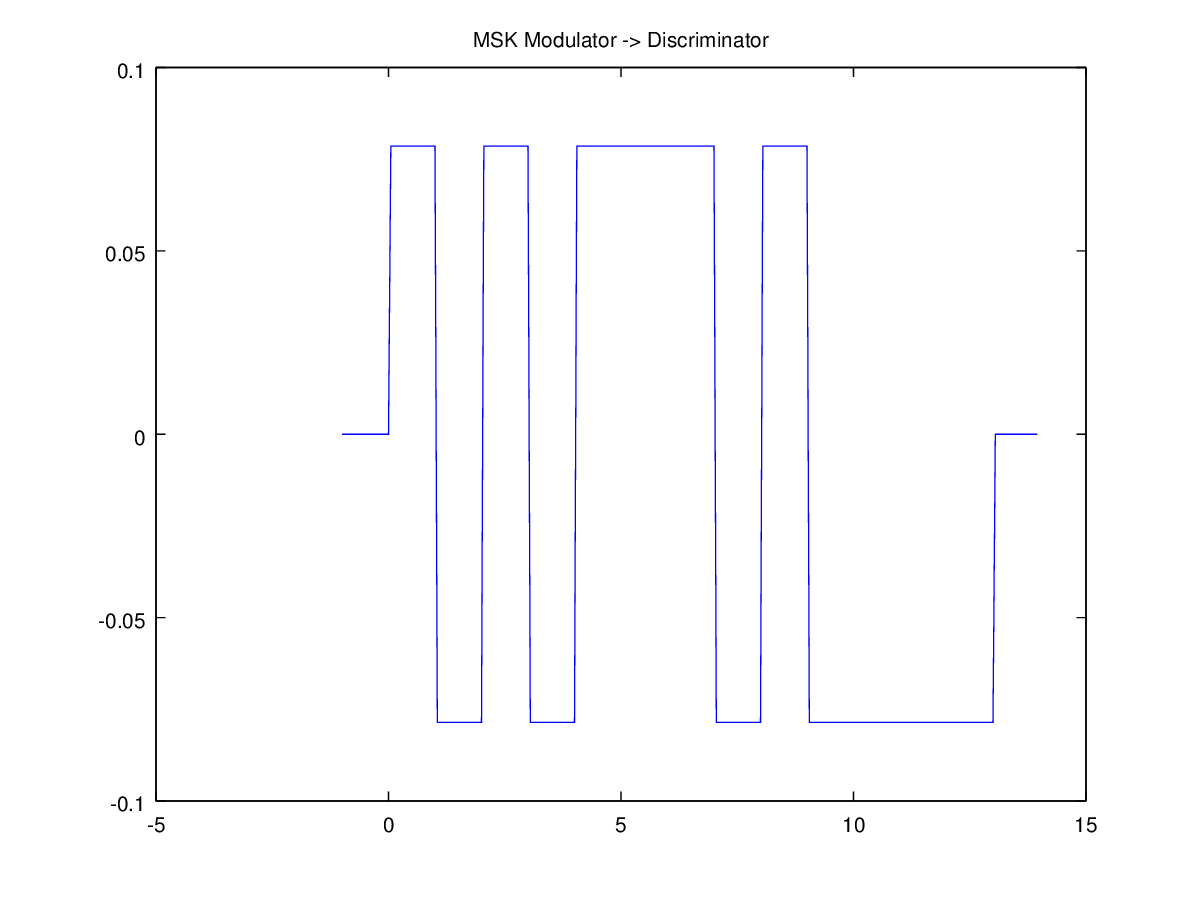 My question is what is different between the real data and my modulator that could produce this different output? I am looking for a way to make my modulator produce data similar to the sample data.

If this helps, here is the FFT of the baseband of the sample data (derotated and resampled down): 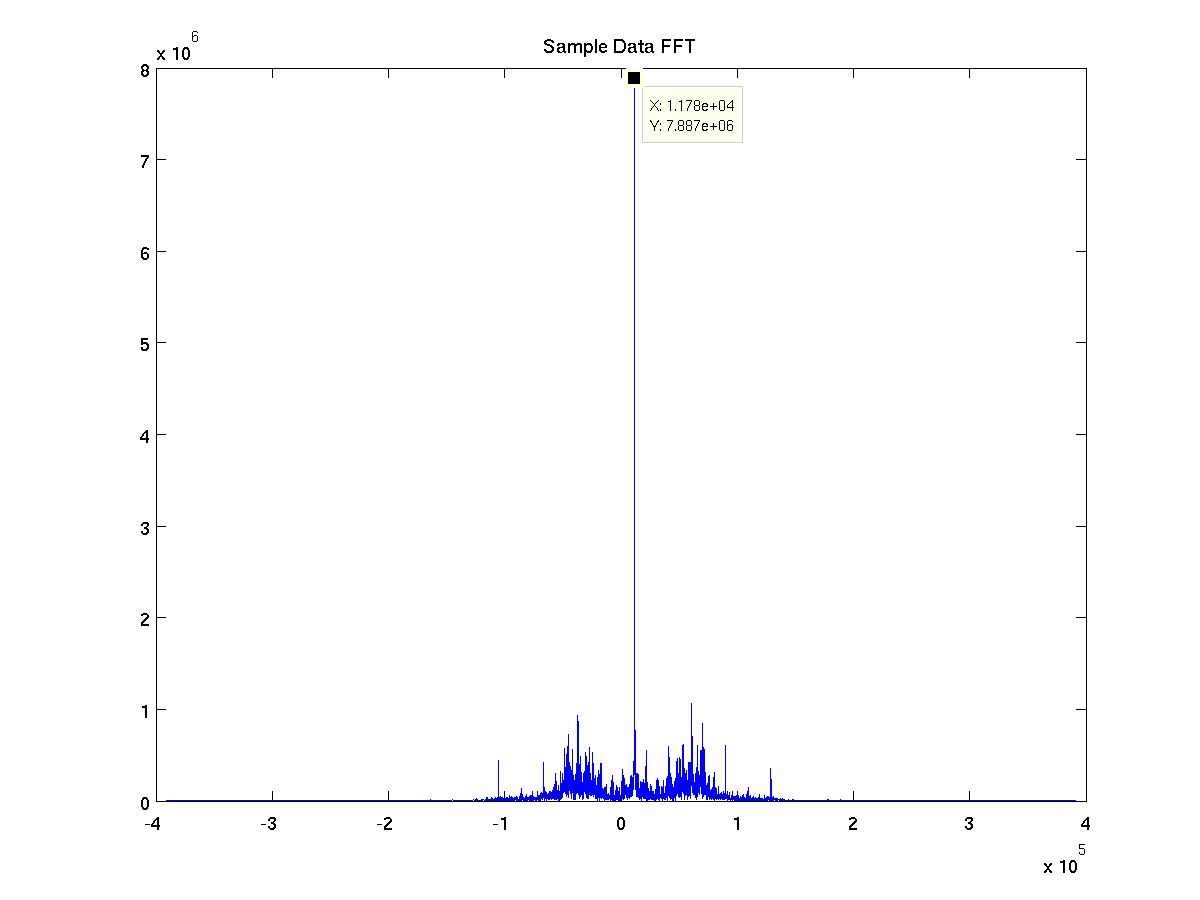 Whereas if I do the same process to data that I modulate this is the resulting FFT graph: 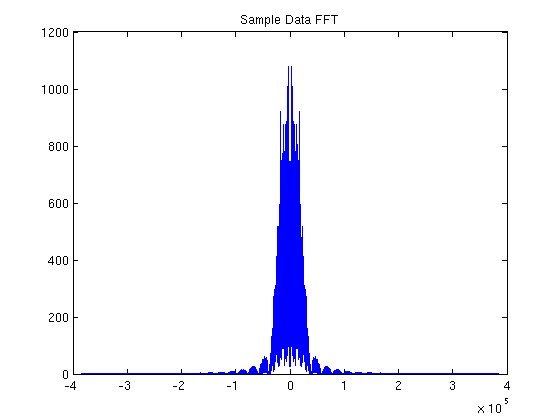 It is possible that the sample data has a pulse-shaping filter before the frequency modulator. That would explain the first plot.

Square waves are expected in the second plot, because the data entering the modulator has no pulse shaping on it. The spectrum should be textbook MSK.

Not the answer you're looking for? Browse other questions tagged signal-analysis modulation or ask your own question.

0
FM synthesis fuzzy sound
5
QPSK Modulation/Demodulation in C++
3
How to transmit the real+imaginary output of an IFFT over a transmission channel?
2
How to recover complex values (downconvert) from FM modulation (composite signal)?
0
How to detect Frequency Sweep Direction when Channel is unknown
8
What kind of modulation is this?
0
GNU Radio QPSK 4 Symbols
1
Can the intelligence message of an FM signal be cross-modulated to another center frequency due to non-linearities?
1
Understanding FFT for a vibrational analysis experiment