For a project I am working on, I need to incorporate GPS data into an audio file. As things currently are, the easiest way for me is to record the audio in a multi-channel .wav file, and add the GPS data as a square wave in a separate channel.

GPS data will be binary, i.e. either an arbitrary high or low signal for an arbitrary time period. I do not need to reconstruct an analog value.

My question is: at which frequency will I be able to faithfully record a square wave, >= Nyquist frequency or >= the sampling frequency?

Edit: elaborating on the setup I have in mind

I am preparing a series of binaural recordings of me walking around town in hours nobody is around. A modified headphone will act as two separate microphones, going into two separate channels of a handheld recorder.

I will use my cellphone as a GPS device. My idea is to translate that GPS data into a series of pulses and output it to the phones' jack, which I then will connect to the handheld recorder. I prefer to have this data on a separate audio channel, because I like to keep the recorded audio as clean as possible, and because extracting data embedded in audio channels is beyond my capabilities at the moment.

This is what I came up with (note: this is a mock-up) 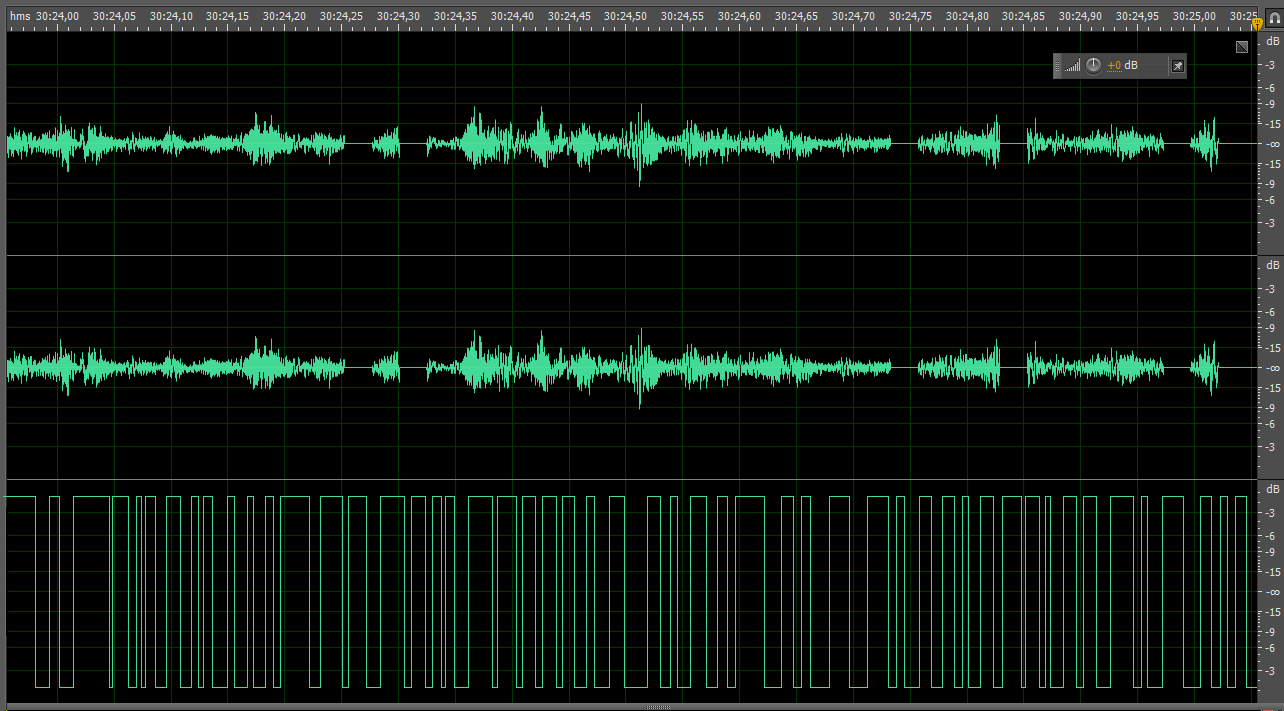 As both encoding and decoding the GPS data is going to be a custom job, i have a lot of liberty in writing the 'protocol'.

Again, what is the fastest rate at which i could toggle the data signal? Is it the sampling frequency of the audio file, because I am only interested in a binary representation? Or am I missing something very obvious? Bear in mind, this is my first step in signal processing.

Browse other questions tagged sampling nyquist or ask your own question.