I am trying to filter EEG signals using butterworth filter and filtfilt. I have gone through a lot of documentation and these 2 commands seem sufficient for filtering. However, the results are bizarre.

This is the eeg data

Also, isn't the output in time domain? It seems incorrect irrespective of the domain. The order is too high i.e. 1e28 for the first 1000 points. I checked for the other points and the order is 1e17, even for points after 4000. Is this what I should expect?

So the issue is that your filter order is too high. There are 2 problems with this: 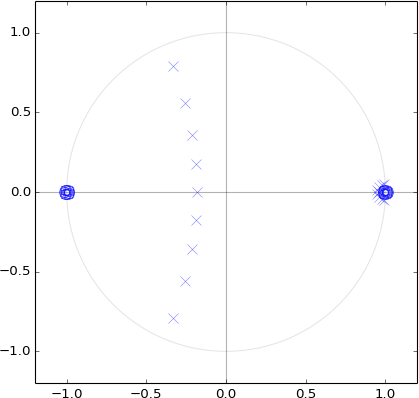 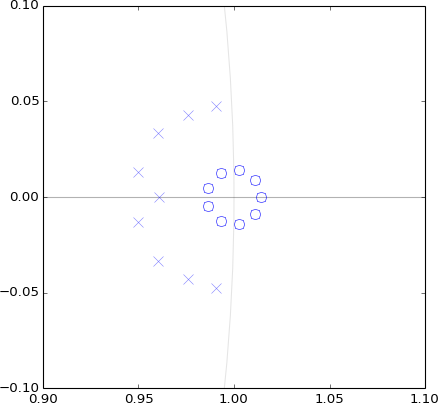 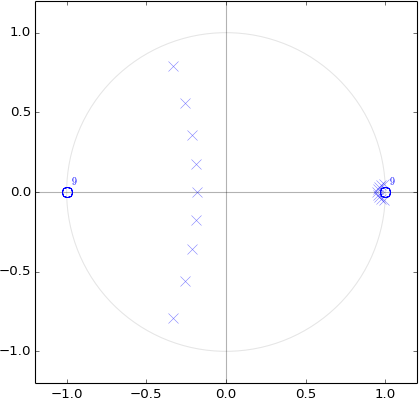 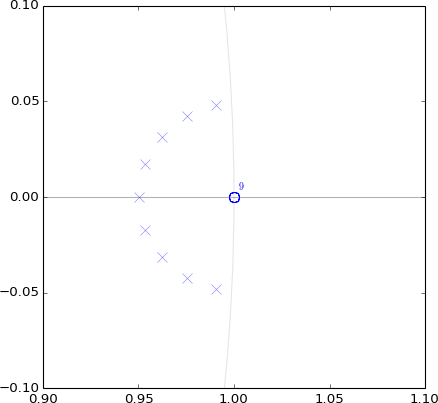 This probably isn't your problem, since these poles and zeros are still approximately the bandpass filter you asked for. At even higher orders the poles can be so wrong they jump outside the unit circle and make the filter explode. This has been fixed in SciPy 0.14.0, as long as you use output='zpk'.

When you actually do the filtering, you have to use a transfer function, not a list of poles and zeros, so your high-order filter would suffer the same numerical corruption if you tried to do the entire filter in a single stage. What we do instead is (starting from the list of poles and zeros, not from the inaccurate transfer function) break up the filter into second-order sections, which each have minimal numerical problems, and cascade the sections together to get the final equivalent output.

This is true for any platform, hardware or software, but Matlab and Octave have functions like sosfilt to do the work for you. SciPy does not, but it will in the future.

For now, you can break up the sections manually and use lfilter repeatedly with each section to get the desired output or copy the code from that pull request.

SciPy has SOS now. So the best general-purpose filtering method is to generate your filter in SOS format, something like:

and then filter using sosfiltfilt:

Not the answer you're looking for? Browse other questions tagged filters bandpass eeg or ask your own question.

0
Is there a way to get output in second order sections (SOS) format from Scipy's signal.firwin