once again,confusion between phase and group delay [duplicate]

Despite,reading up on this I'm unable to find crystal clear clarity on the differences b/w phase and grpdelay functions and interpretation of grpdelay's output. I have designed a low pass butterworth filter having a cut off frequency of 0.04Hz. There is a delay in my filtered output compared to my original signal. I wish to know this delay. I used the grpdelay function in matlab (grpdelay(b,a,N/2) ). And this is the output i got. 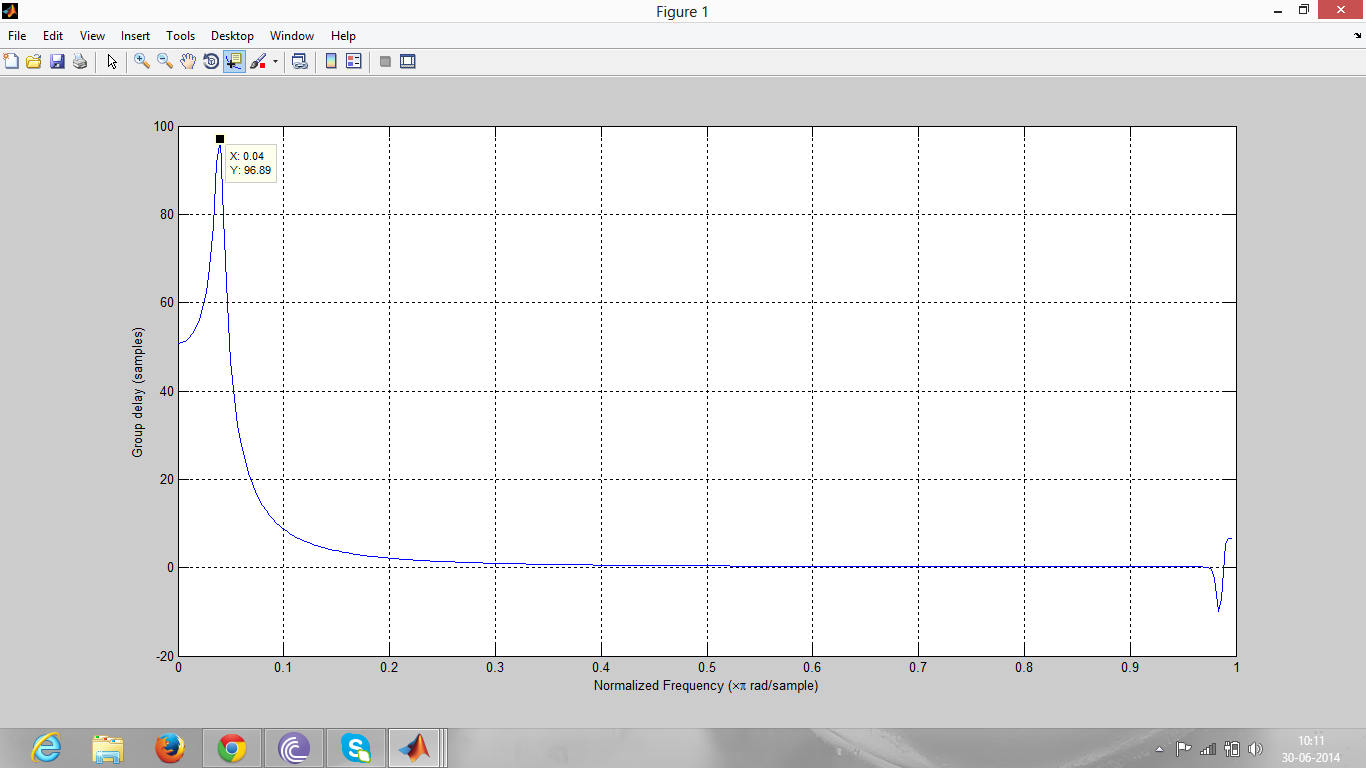 . I read that grpdelay is supposed to give the phase responses as a function of frequencies. In my image, the cursor points to the cut-off freq. How exactly do I know the delay in my filtered output through this? Is it the corresponding value on the Y-axis?

Plotting the phasedelay(b,a), gave this as the output. 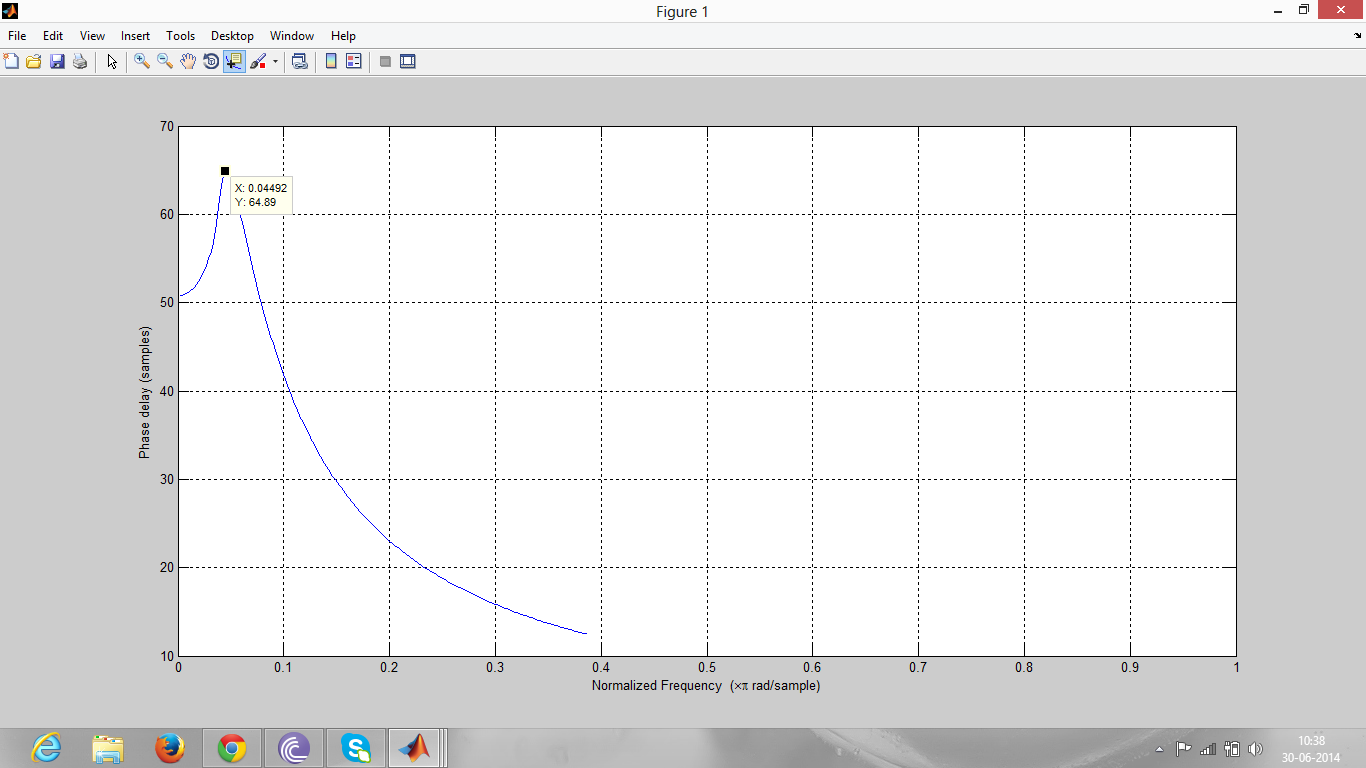 My question is, to figure out how much the filter has delayed the signal,which function do I use? And how do I interpret the output exactly, of that function? 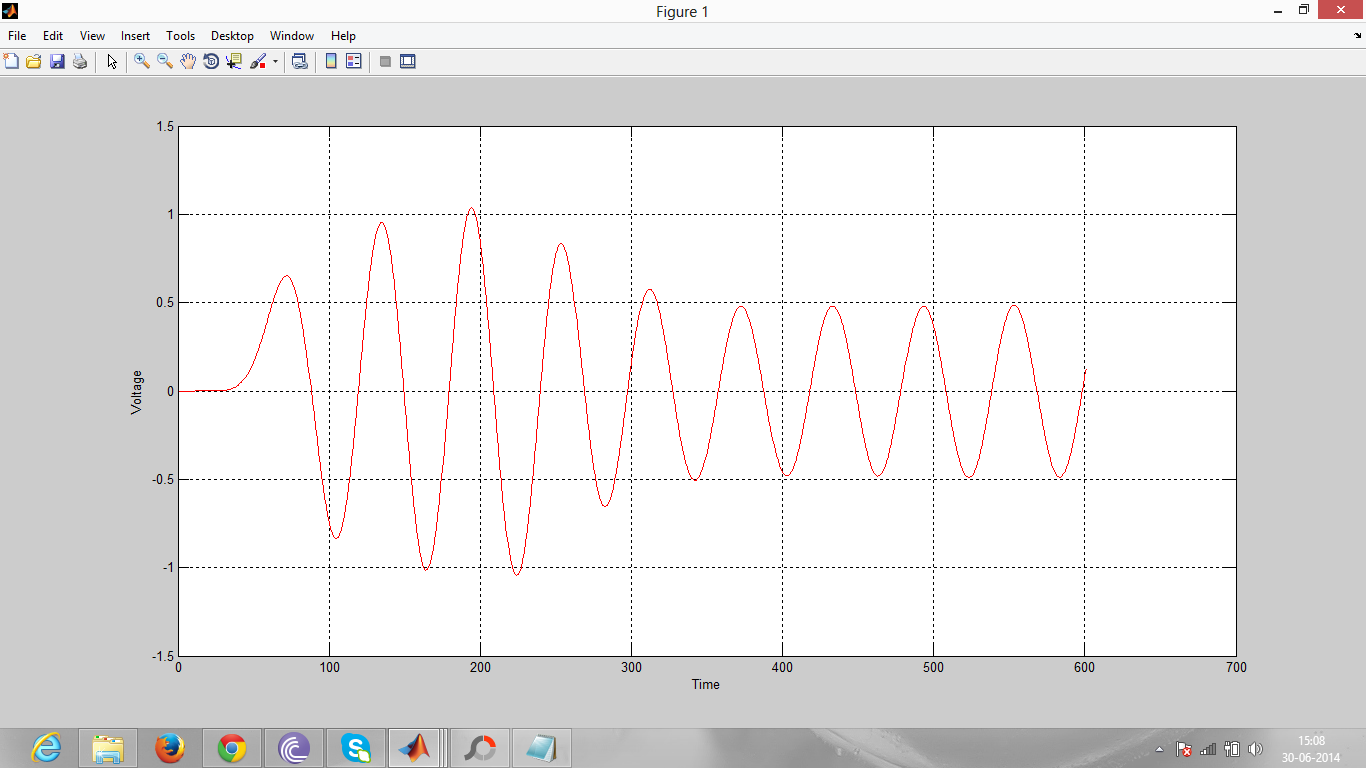 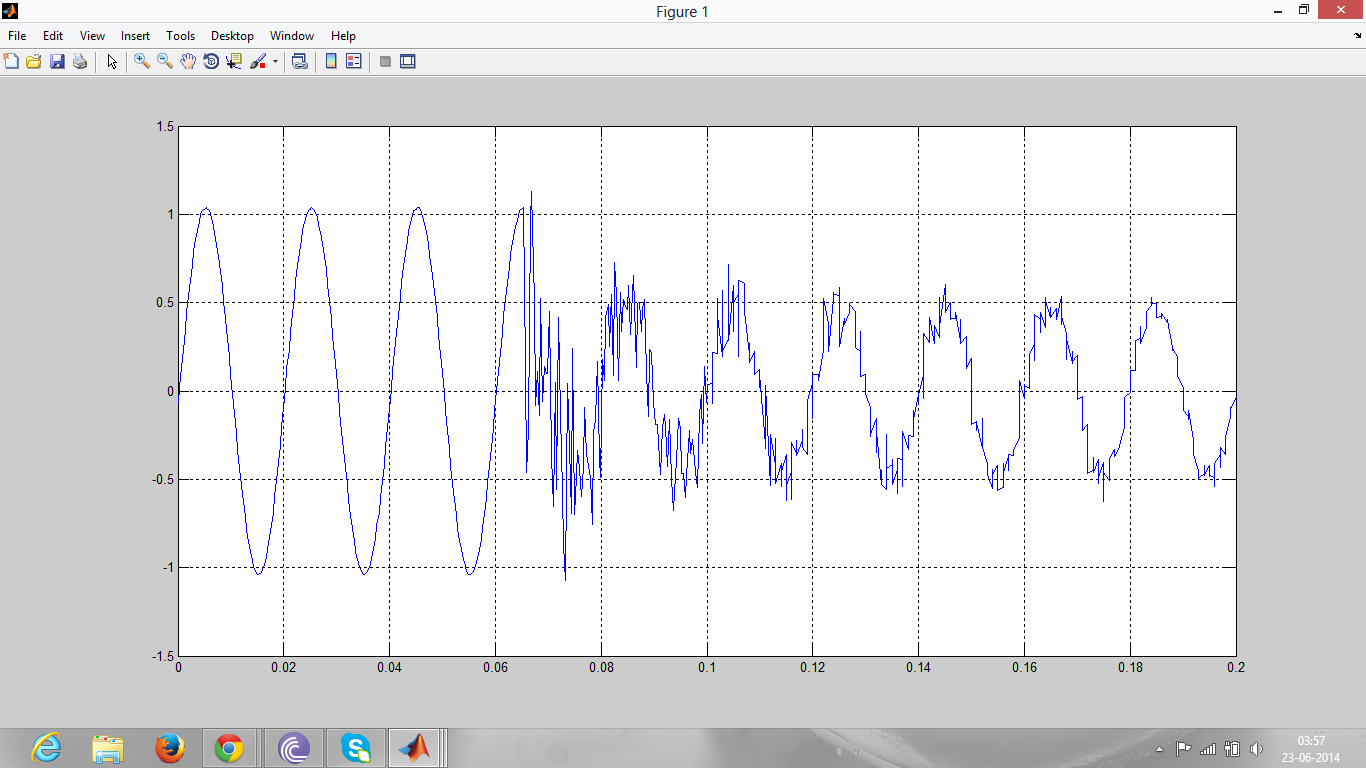 If you are looking for a frequency-independent delay applied to any given input signal by the filter (apart from amplifying and attenuating certain frequency components), then you won't be able to find it because there is no such delay. As you can see in your plots, group delay and phase delay are generally frequency dependent. Furthermore, for general input signals, the terms group delay and phase delay have no meaning.

There are two cases for which the terms group delay and phase delay have a clear meaning. The first is for narrow-band input signals

The other case where these terms are meaningful is when the system has exactly linear phase. This is only possible for FIR systems. For FIR filters with even symmetry of the impulse response, the group delay and the phase delay are equal and constant. In this case, they simply specify the delay of the input signal. This is possible because both group delay and phase delay are constant, i.e. frequency independent.

From your question, I believe that you are looking for such a delay. However, as explained above, such delay only exists for linear-phase FIR systems, not for the Butterworth filter you are considering.

Not the answer you're looking for? Browse other questions tagged lowpass-filter phase group-delay or ask your own question.

11
How can a filter have zero group delay?
0
Sketching Phase Spectra Using Group Delay and Magnitude Spectra Informations
2
Measuring group delay through a linear phase filter
5
Group Delay for Hilbert Transformer and Resulting Dispersion
3
What is meant by "Group delay"?in simple words?
0
Why when you use any filter, it results first a steepness at the beginning to a certain level?
0
How does window length influence cut-off frequency of filter and group delay?
1
Group Delay of Mulitrate system