I am trying to understand if there is an inherent advantage to using CIELAB for color-based segmentation. 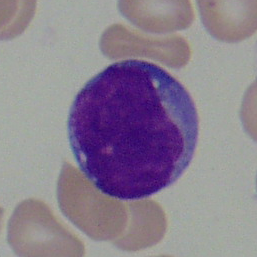 I segmented the cytoplasm from the image above, where the left image below is from RGB color clustering, and the right one is from CIELAB clustering, where a and b matrices were used.

You can see that there are very slight differences between the methods, where in this case, CIELAB clustering seems to work a bit better, but there are other examples where it doesn't.

So my question is, can you give me the reasons for using CIELAB?

If it's too much of a bother to explain, a good article reference would be nice, it would be better if it includes some mathematical explanation as well.

Generally speaking, a change of color space is essentially a nonlinear transform that stretches and distorts the coordinates. The transform is also continuous, except maybe on a singularity line or half-plane. It does not preserve the distances, but preserves the neighborhoods.

In the case of RGB > Lab, you can see it as a linear transform (change of basis, from RGB to XYZ) followed by a nonlinear transform of every coordinate independently (rescaling of XYZ to Lab). The topology is essentially preserved.

On the other hand, image segmentation algorithms do their best to delimit clusters of similar colors and separate the clusters from other clusters. So if you just deform the clusters, a good segmentation algorithm will adjust the boundaries and somehow undo the transform. If you repeat the experiment with XYZ or YUV coordinates, you should see no big difference either.

A stronger qualitative difference can be observed if the topology of the space is modified, for example by moving to the HSV space (Cartesian to cylindrical coordinates), of by performing some projection to lower the dimensionality such as XYZ > xyz. But beware of the physical interpretation of what you are doing.

The problem is that the B channel in your image is uninformative, and the A channel does not get you where you want to go with clustering by itself. In this case, your subject is circular, so I would use morphological analysis instead of color segmentation. It's easy to detect ellipses and circles with the right software; e.g., Mathematica: 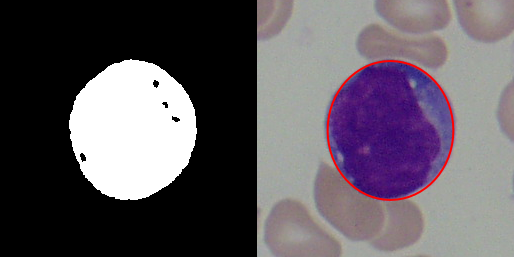 Not the answer you're looking for? Browse other questions tagged image-segmentation color or ask your own question.