What is the general feature of a time domain signal that gives a step like spectrum?

I'm trying to study a nonlinear system by sending a pulsed signal into the system and look at the response spectrum. The signal I send to the system is something like 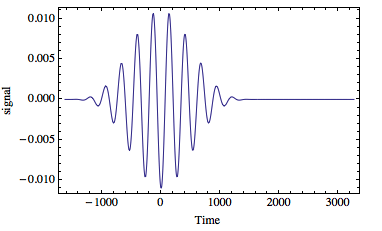 and the response spectrum from I get from the system is something like (note the spectrum is plotted log scale, ie, (frequency, log of absolute value of Fourier transform at that frequency)) 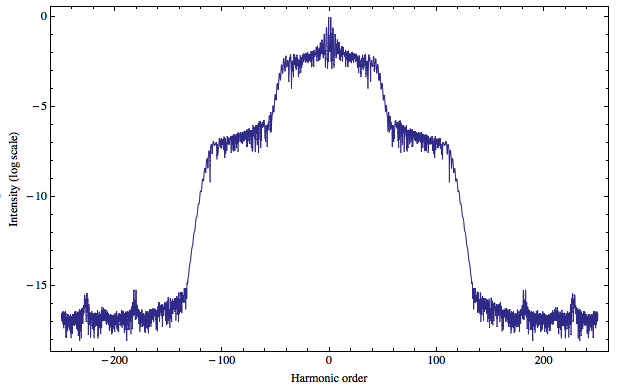 Could you give a model of this behavior that generate stair like spectrum?

If there is a time invariant linear response region in your non-linear system, then a time domain input resembling a Sinc function $\frac{\sin(x)}{x}$ in that linear region, will produce an approximation to rectangular frequency response in the frequency domain.

Not the answer you're looking for? Browse other questions tagged fourier-transform signal-analysis or ask your own question.

5
What is the meaning of a Nyquist diagram in a vibration signal
4
Why do we get ripples in the frequency spectrum of a chirp, and how do I remove it?
0
Recover signal from its spectral amplitude and envelope
1
Optical realization of the Radon Transform
0
Unexpected result after calculating the response of a system in frequency domain
5
What's the impact of aliasing in the time domain?
1
Finding audio signal time delay: cross-correlation vs. impulse response?
4
Removing step-function like noise from signal, knowing when the step functions occur
1
Analog Signal Treatment for FFT with Padding