equalization detection
Share
Improve this question
asked May 23 '14 at 0:39

This is not a complete and comprehensive answer but provides some examples showing the key features in a linear and non-linear equalizer and also clarifies consideration for feedforward vs feedback structures in equalizers.

Linear equalizers are typically feed-forward in structure, and linear as the output is a linear combination of scaled and delayed versions of the input. The type of linear equalizer varies depending on the algorithm used to determine the scaling in adaptive cases (LMS, RLS, RLS-Gradient, etc) but can also be used in non-adaptive applications (such as to compensate for an analog filter response in a receiver). Linear equalizers are typically the simplest to implement but have the worst performance compared to non-linear equalizers, especially in channels with deep selective frequency nulls in the passband (from frequency selective fading). 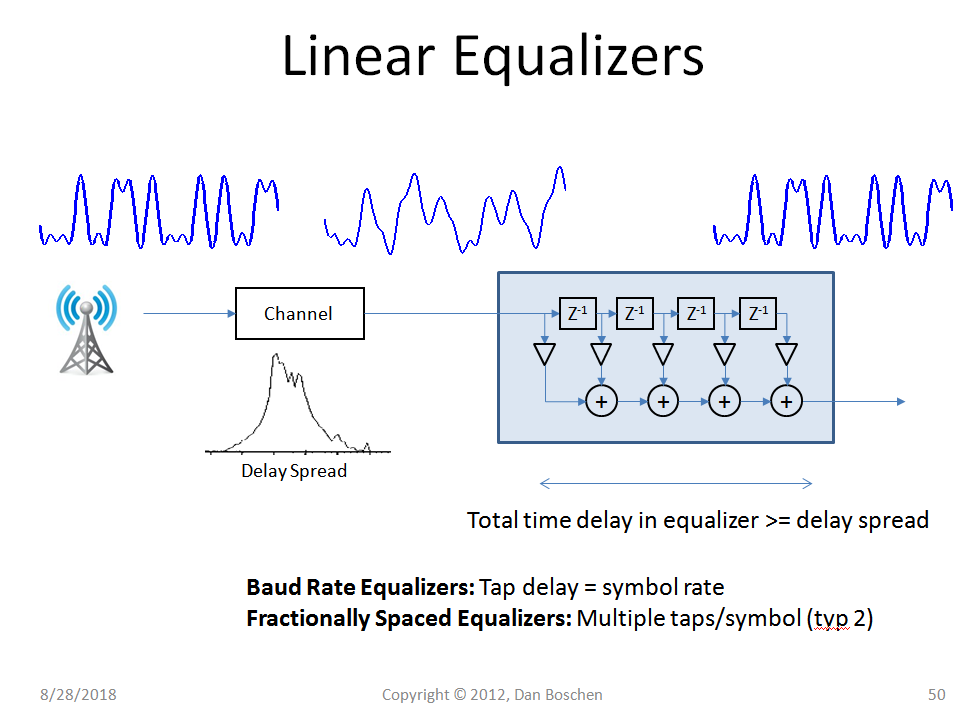 Since a typical multipath channel distortion can be modeled as a linear feed-forward FIR system (multiple copies of the transmit signal arrive at different delays), it would be tempting to use a recursive IIR system as the linear equalizer to generate the inverse response.

If it was certain that the channel being equalized would always be a minimum phase system, then a recursive equalizer could be used. A minimum phase channel would have all "echos" trailing the primary or strongest response, and all zeros would be inside the unit circle. Thus the inverse filter as an IIR would have all poles inside the unit circle. 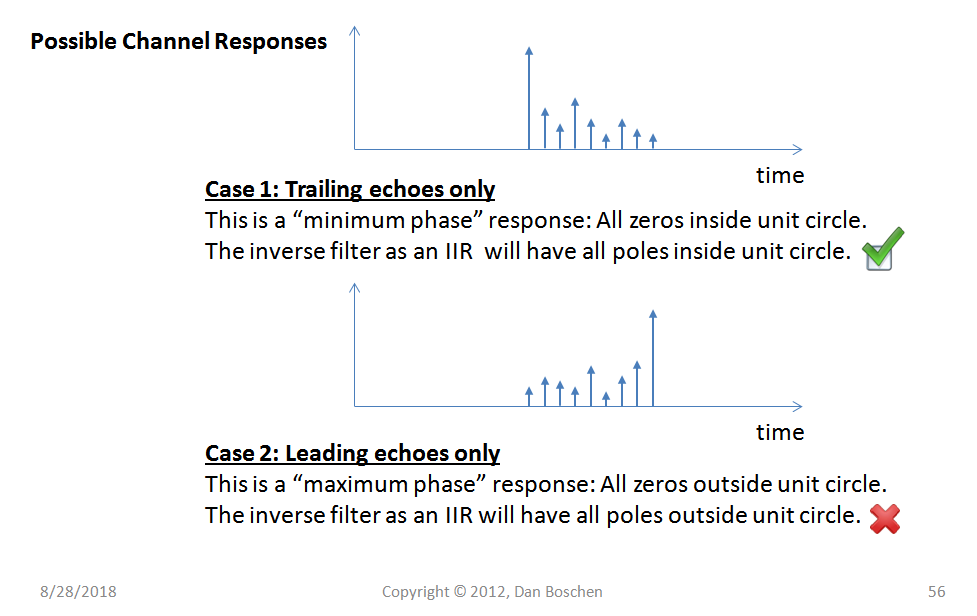 Decision Feedback Structures however are recursive and frequently used. They are the common choice for time domain equalization for frequency selective channels with deep frequency nulls. Another example of a non-linear equalizer is the MLSE Equalizer which represents the best that can be done but is the most computationally intensive. More often the MLSE equalizer is used in simulation as a benchmark to compare various equalizer algorithms targeted for implementation.

A block diagram of the Decision Feedback Equalizer is shown below. What specifically makes it non-linear is that hard decisions are made on the waveform prior to being input into the feedback structure. The process of making hard decisions is a non-linear process. The output of the feedback structure is no longer dependent on the linear combination of scaled and delayed versions of past outputs (specifically the effective scaling of each sample changes based on the value of that sample when the decision is made - this is non-linear). 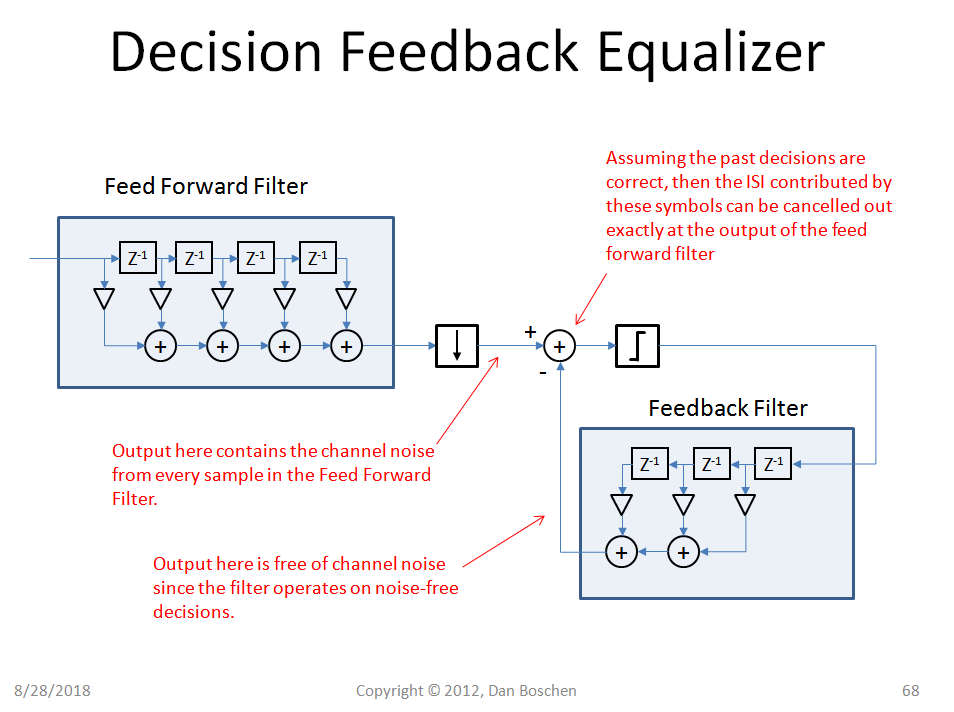 Not the answer you're looking for? Browse other questions tagged equalization detection or ask your own question.

2
How to demodulation BPSK in real case(through a channel)?
1
estimate the impulse response after equalization
0
Types of equalizers
0
Determine reflections from received signal

10
General questions on the CMA equalizer
2
Use of equalizers in communication systems for Intersymbol Interference
4
Design of equalizer for wireless communication
6
Why are equalizers moving average model (FIR)
0
Is the Channel shortening similar to Time domain Equalizer (TEQ)
0
Types of equalizers
0
ZP-OFDM vs. CP-OFDM channel equalization