frequency continuous-signals
Share
Improve this question
asked May 12 '14 at 8:37

Well, first of all the Sound Level Pressure decreases by $6 \; \mathtt{dB}$ when doubling the distance - this plays a big role. We do also have sound attenuation coming from our medium - air. Let's take a closer look onto sound absorption coefficient for different frequencies:

Knowing that human speech is mostly concentrated at the range of $300\;\mathtt{Hz}$ - $3.3\;\mathtt{kHz}$ (yes I know - let's forget about sibilants) you can judge that we are really doing our best. Larynx tones and first formants of voiced speech are clearly transmitted with minimum lost of energy. Therefore main problem is the decrease of SPL with increasing of distance from source.

Another issue is the hearing curve of human ear which makes the low attenuation at the low frequencies worse. For example even though air absorption for $2 \;\mathtt{kHz}$ - $3 \;\mathtt{kHz}$ is rather high, we can still hear the ambulance siren as it is in frequency range where human ear has it's resonance. Obviously that depends on many factors, i.e. in city you have lots of barriers for sound. 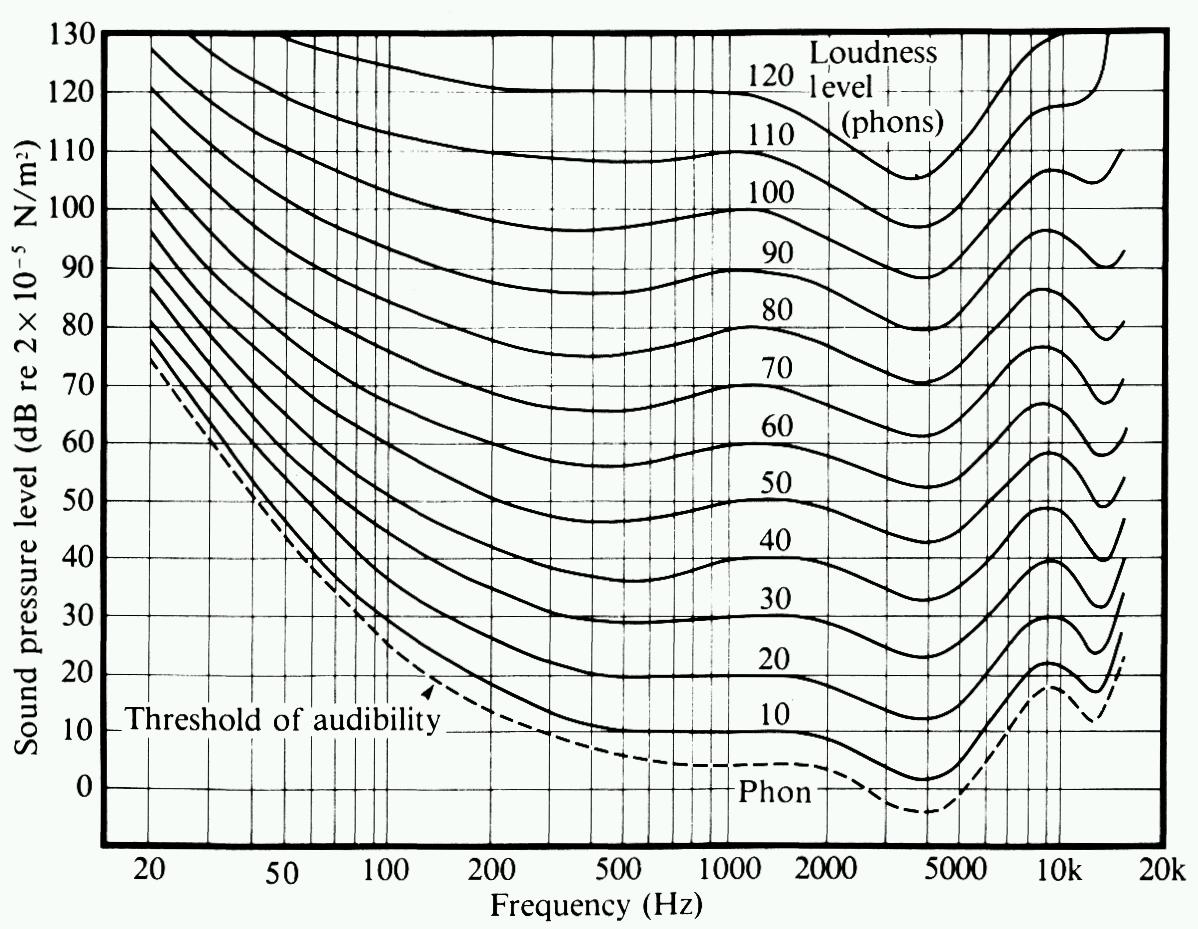 For example let's say that you are a male speaking with normal level. Exemplary average $dBA$ values in frequency ranges are following:

Assume that these are values measured at the distance of $1\mathtt{m}$ We want to know how loud you are at $100\mathtt{m}$. Applying atmospheric attenuation factor for 10% of relative humidity gives:

Not a big change, isn't it? Now let's apply the following formula for calculating the sound level at a given distance $d_{ref}$ (assuming cylindrical wave):

Both values we've obtained are way below the level of human breathing at a distance of $1\;\mathtt{m}$ ($25\; \mathtt{dBA}$) and environmental noise. You can also try to shout but it still won't give you big increase in a distance. Please refer to this article: Average Speech Levels and Spectra in Various Speaking/Listening Conditions for detailed info about levels of speech.

One last word, bit out of scope of this question. There are some cases when you can be heard in far distance or you could be heard very poorly in a very close distance. Such phenomena occurs a lot in water (but also in the air), where sound waves can travel tens of kilometres. This is due to presence of wind, temperature inversions, terrain profile and refraction of sound. If you wish to know more, then I am sure there are plenty of guys in Physics SE willing to answer that question. As for start, here is some interesting article: Outdoor Sound Propagation in the U.S. Civil War, as well as bunch of papers regarding Outdoor Sound Propagation.

Not the answer you're looking for? Browse other questions tagged frequency continuous-signals or ask your own question.

6
Why Carrier signal can't have frequency less than Message signal
1
Making sense of the delay formula between two sensors in an antenna array?
1
how to find breakpoints of a signal based on the frequency of the signal
0
Low PAPR performance for Monochromatic frequency signals
0
Which one of these signals will be least distorted by this communication channel
2
Pitch perception - Why does our ear not directly detect the missing fundamental frequency?
1
What is role of BW and frequency in internet speeds?
4
Why does dot product return zero at non-harmonic frequency