I am learning about FIR filters and I'm confused. I am trying to find out different types of FIR filters.

The two realizations below are the direct-form structure (transversal filter, tapped delay-line) and the transposed structure (from Oppenheim and Schafer, Discrete-time Signal Processing): 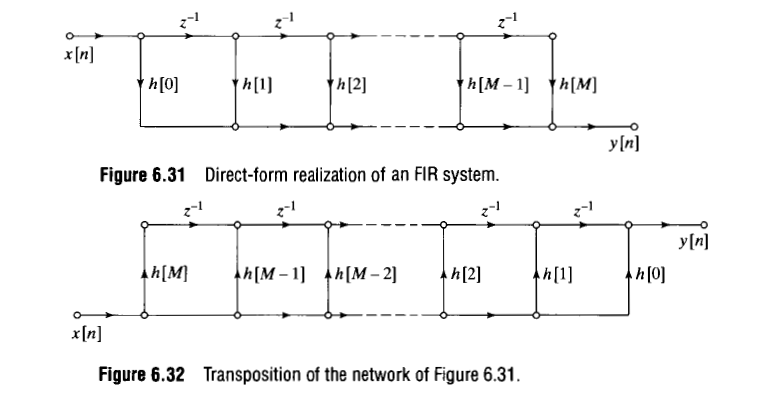 Recall the various types of linear phase FIR filters,in which the coefficients h(n) of the transfer function

are assumed to be symmetric or antisymmetric. Since the order of the polynomial in each of these two types can be either odd or even, we have four types of filters with different properties.