I have two force-time signals obtained from a couple of force plates, corresponding to input/output signals for some system. Plotting the two together one of the first things I noticed was a time delay. Initially I used cross correlation to gain some approximation for this feature however now I look a little closer I realize things are little more complex.

Basically the output trails behind the input with a time delay that is maximum at the maxima/minima on the two signals and in between the delay tends towards 0.

I literally have no idea how to express this. Can anyone suggest anything?

EDIT: Rough plot below. Genuinely apologize for the MSPaint... I don't have access to anything better or my plots right now! Also the absolute integral of both signals is approximately equal. 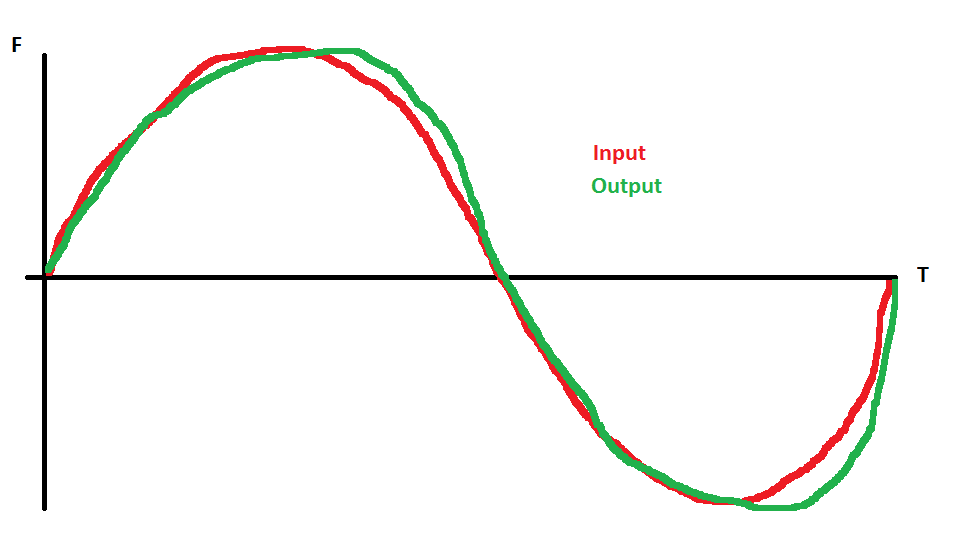 I'm thinking of making the time delay dependent on amplitude but sadly my mathematical skills at the moment restrict me to something as basic as pulling off maxima/minima with basic differentiation and recording the separation of corresponding features as a function of amplitude. Far too crude!