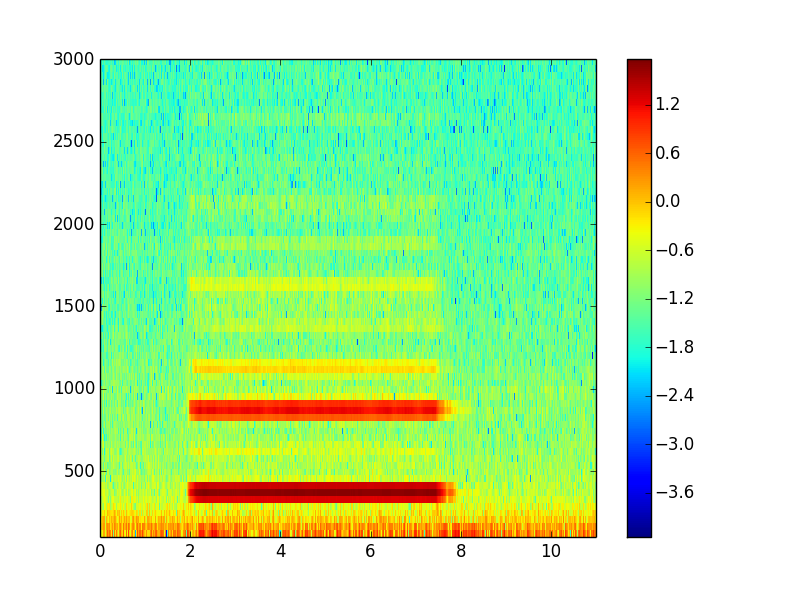 ... then it could be interesting to store, for each frequency bin f0, only the differences :

(such processing is known as delta encoding) ; these differences will be small on average, and this could lead to a reduction of the average bit usage for storage of the audio data.

Can this idea be turned into an efficient audio data compression ?

(I don't speak here about psychoacoustic effects that could lead to use different levels of quantizations for each frequency / or frequency masking ; I know that such ideas are used in MP3 compression).

Edit: as mentionned by @pichenettes, the graph above showing continuity between adjacent frames is the "magnitude plot". The "phase / angle plot" is a bit less continuous : 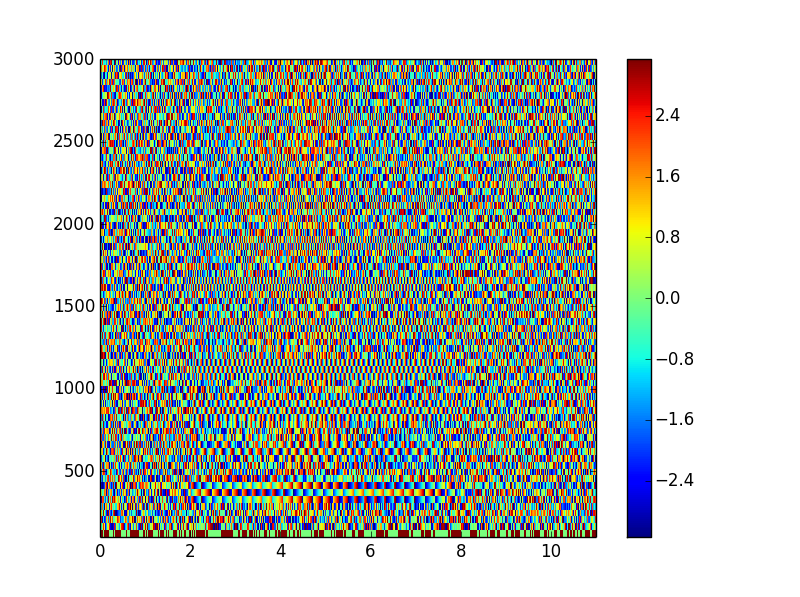 I see two big drawbacks to your method:

A much more efficient way of getting rid of these stable/predictable peaks in the spectrogram is to whiten the signal and code the residual+the filter coefficients. This is (among other things) the principle of the FLAC lossless codec.

Unlike the STFT which employs the complex exponential as its kernel, many different functions have been developed for use as wavelet transform kernels, some of which are real functions. Wavelet kernels can be developed for specific tasks. The kernel, which can be loosely referred to as a wavelet, need only satisfy a set of admissibility conditions.

A good non technical introduction to wavelet analysis is:

"The World According to Wavelets" by Barbera Burke Hubbard. There are lots of sites on the web dedicated to the theory and application of wavelets. Google wavelet audio compression and you will find many links.

Not the answer you're looking for? Browse other questions tagged fft audio fourier-transform stft compression or ask your own question.

2
FFT of audio, packet sampling and others
3
Low-Complexity Audio Compression?
0
Rendering a spectrogram of audio data - resulting magnitudes are all too close together
1
Synchronization of two audio tracks via Mel-frequency cepstral coefficients (MFCCs)
1
MPEG Layer I: use of scalefactor and quantizers
0
Failed to Get Silence in Audio Streaming
3
Real-time mixing of two audio clips while only modifying the data of one
0
Power Spectral Density Reconstruction