I am having trouble wrapping my head around digital filters with different orders of numerator and denominator. Let me know if any of these points is wrong:

So then I become confused:

If adding a zero to a digital transfer function always also adds a finite pole, I don't understand how a filter with "more zeros than poles" can exist, or be advantageous. Might as well use those poles to affect the frequency response if you have them?

If you consider the transfer function of a causal IIR filter

then you always get the same number of poles and zeros, regardless of the choice of $M$ and $N$ (as already pointed out by Robert). However, what is meant by a system with "more zeros than poles", is a system with a numerator degree $M$ greater than the degree $N$ of the denominator. In this case "poles" refers to the poles away from the origin. It is only these poles that have to be implemented. So a system with some poles at the origin is cheaper to implement than a system with all its poles away from the origin. So your argument that you "might as well use those poles ... if you have them" does not really hold, because poles at the origin come without any implementation costs.

The remaining question is why such filters with more zeros than poles (away from the origin) can be useful. Let me just give two examples: 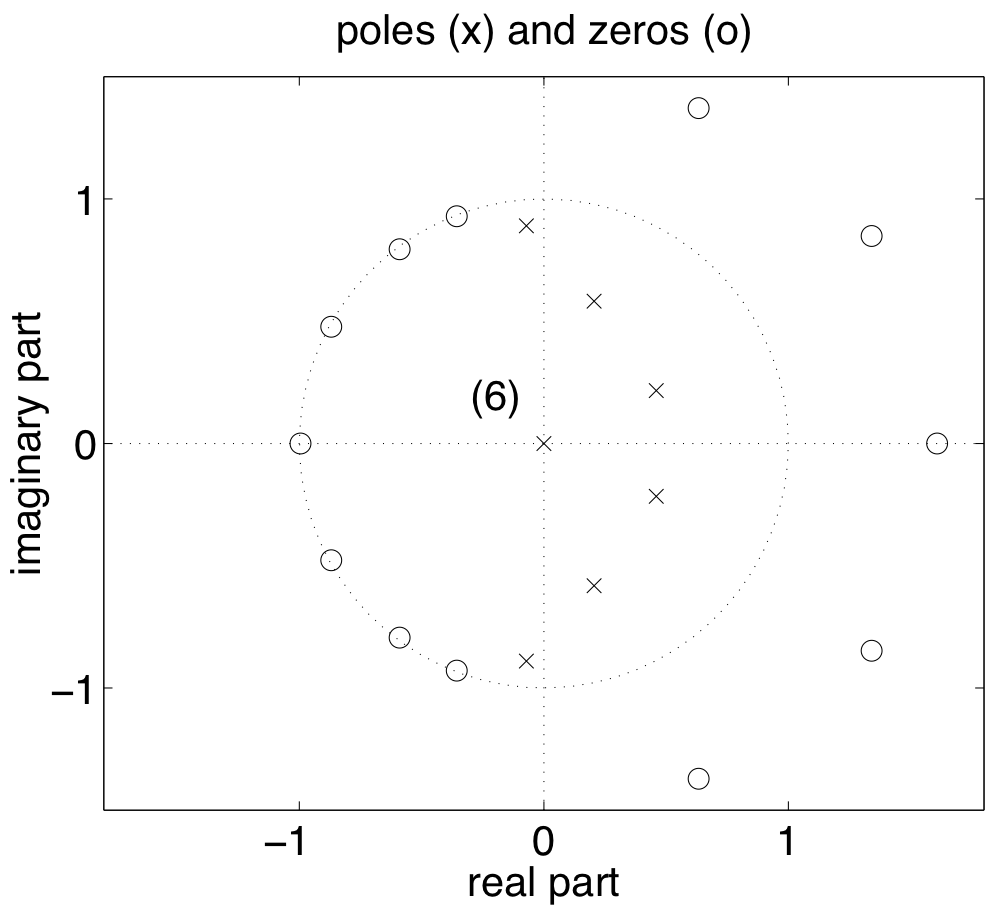 In the sampled digital realm, poles at the origin represent delay, which may be necessary to make a filter implementation strictly causal. This delay usually requires no additional arithmetic ops (as a pole elsewhere than zero would require). Sometimes when describing a filter where delay is irrelevant (offline processing, etc.), the filter is centered at a non-causal location (causality being added/enforced by the rest of the system outside of the filter being described); thus ignoring some poles which are just (a tiny fraction of the total system) delays.

a causal discrete-time filter, $H(z)$, cannot have more zeros than poles. you can factor it out and you will be left with positive powers of $z$ and that means an advance of the impulse response before $n=0$. but a causal $h[n]$ must be zero for $n<0$.

Not the answer you're looking for? Browse other questions tagged filter-design transfer-function digital delay or ask your own question.