Segmentation based on peak values

I have a 2D array/matrix (something like an image, but it's not an actual image) with values from 0 to X (in this case 180). and I have a 1D array/Vector that has the occurrence frequency of these values in the 2D matrix (I think it's like Histogram, but I've done that manually). 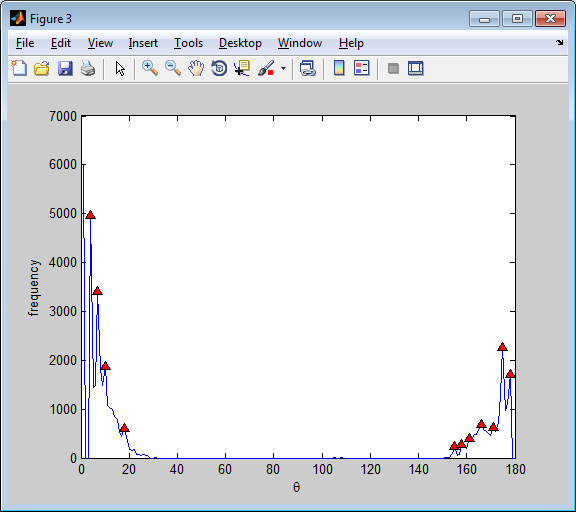 I want to segment it based on peak values. I mean I want to get each mountain separately. so let's say every cell (or pixel in the 2D array) that has a value between 0 and 30 will have the label 1, and the values between 30 and 150 will have the label 2, and the values from 150 to 180 will have the label 3. (that's in case of 3 labels only -which is fine-). but I could want to do it with more than that for example from 0 to 5, then from 5 to 18 etc. so segment each peak separately. I used the findpeak matlab function, but I've only got peaks (which represent the center of my range). I thought of getting every 2 consecutive peaks and then segment based on half the distance between them, but that will give a bad result between 20 and 150 for example. looking for local minima might be useful but I think there's no function in matlab for that. and if I want to go in this approach I'm afraid of getting too many results in the long valley range (which I don't need). I don't know if there's a better idea. so to reformulate the question, eventually I want to segment a 2D array based on the most occurred values.

Any ideas or scientific keywords can be helpful, because I'm a newbie in this area.

(and here's another example) 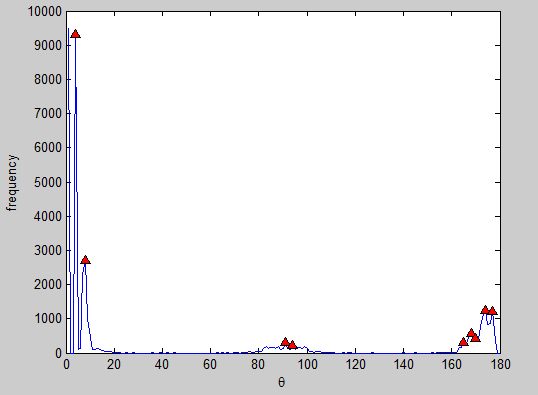 and the function I'm using to show the peaks for now:

Browse other questions tagged image-processing matlab image-segmentation segmentation or ask your own question.