I'm looking for a formula to effectively compress an audio waveform to limit peaks. This isn't an "automatic volume control" application where one would control amplifier gain to maintain a volume level, but rather I want to limit ("soft" truncate) individual peaks. (I know this introduces harmonics, but I'm trying to analyze the data, not listen to it.)

My (very crude) formula so far is:

Where level is the instantaneous sound level, average is the historical average sound level, and factor is a multiplier used to produce the "adjusted" level (factor times level).

Further, this multiplier is only applied if it computes to a value less than 1. Otherwise level is left unadjusted.

The intent is to limit the adjusted level to some multiple (about 15x with this formula) of the historical average. This formula is sorta what I need, but exhibits a "dip" as the numbers get larger. That is, the adjusted level (ie, factor times level) increases up to a point with increasing unadjusted level but then, rather than going asymptotic, begins to actually get smaller. (In fact, the first factor was added primarily to prevent the formula from going to zero with extremely high values.)

(The reason for wanting to limit the values this way is primarily so transient noise doesn't seriously upset the running average of the sound level. But when you're analyzing snores "transient noise" is quite significant, so I can's simply squelch it.)

So, can anyone suggest something better? (It seems that asymptotic behavior is easy to produce when you don't want it, but hard when you do.)

Two problems here: how to get a reliable estimate of the level, and how to compress the data. 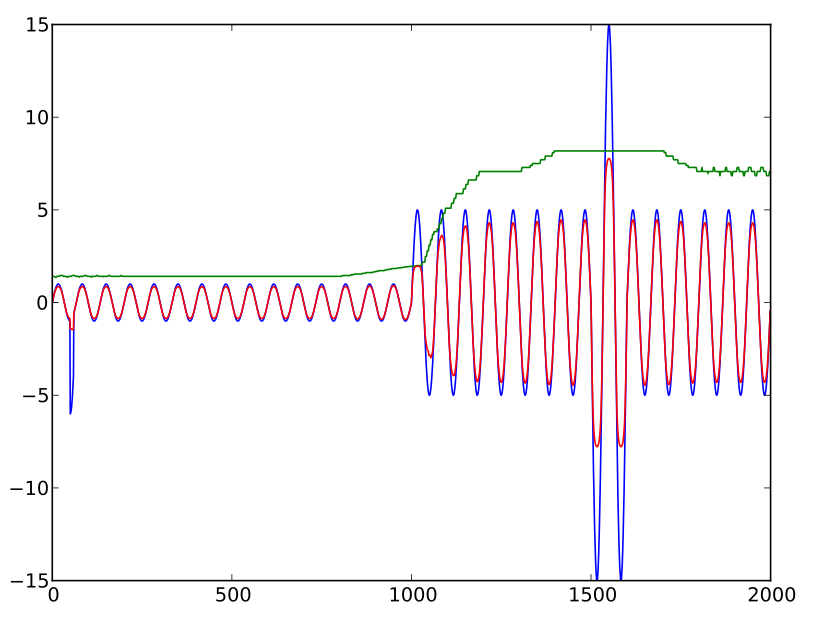 Not the answer you're looking for? Browse other questions tagged noise dynamic-range-compression or ask your own question.

22
How to distinguish voice from snoring?
10
Moving average vs. Moving median
11
How can you tell whether there's a signal (when your signal looks a lot like noise)?
6
Differences between soft knee and hard knee in Dynamic Range Compression (DRC)?

6
How to recognize patterns in a noisy audio frequency spectrum?
12
Parametrically degrade the speech to remove emotional content
11
How can you tell whether there's a signal (when your signal looks a lot like noise)?
22
How to distinguish voice from snoring?
8
Help implementing audio dynamic range compression
6
Differences between soft knee and hard knee in Dynamic Range Compression (DRC)?
1
Audio: How to measure dynamic range (in sense of dynamic compression/ "loudness war")