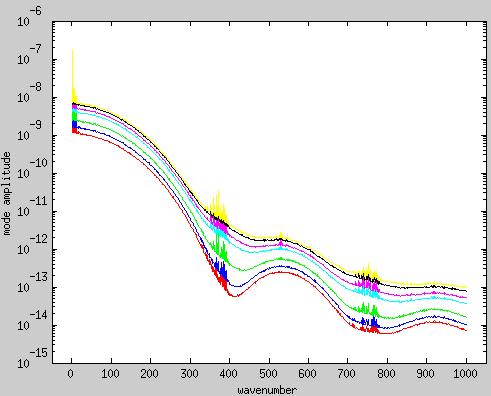 The spectrum above shows seven different, simulated datasets of a static object. The only thing that changes between the datasets is an increasing image SNR of the movie images (red: high SNR; yellow: low SNR). As can be seen the spectra of the different datasets seem to consist of two contributions: 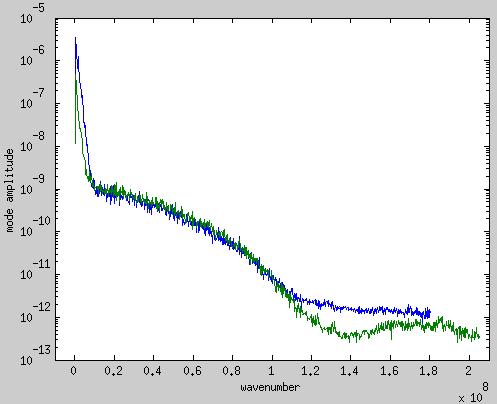 In the blue spectrum we see:

The object-tracking algorithm yields cartesian coordinates (x_i,y_i), which I transform to polar coordinates (theta_i,r_i) using the center-of-mass as center coordinate. The signal that I FFT is r_i-<r_i>, e.g. the deviation from the average radius of the contour Thus, in principle, the signal should truly be periodic – which is what I meant by “intrinsically periodic” above. By rectangular window I meant the intrinsic windowing due to the finite input signal to the FFT. I am not using any additional windowing-function at the moment. 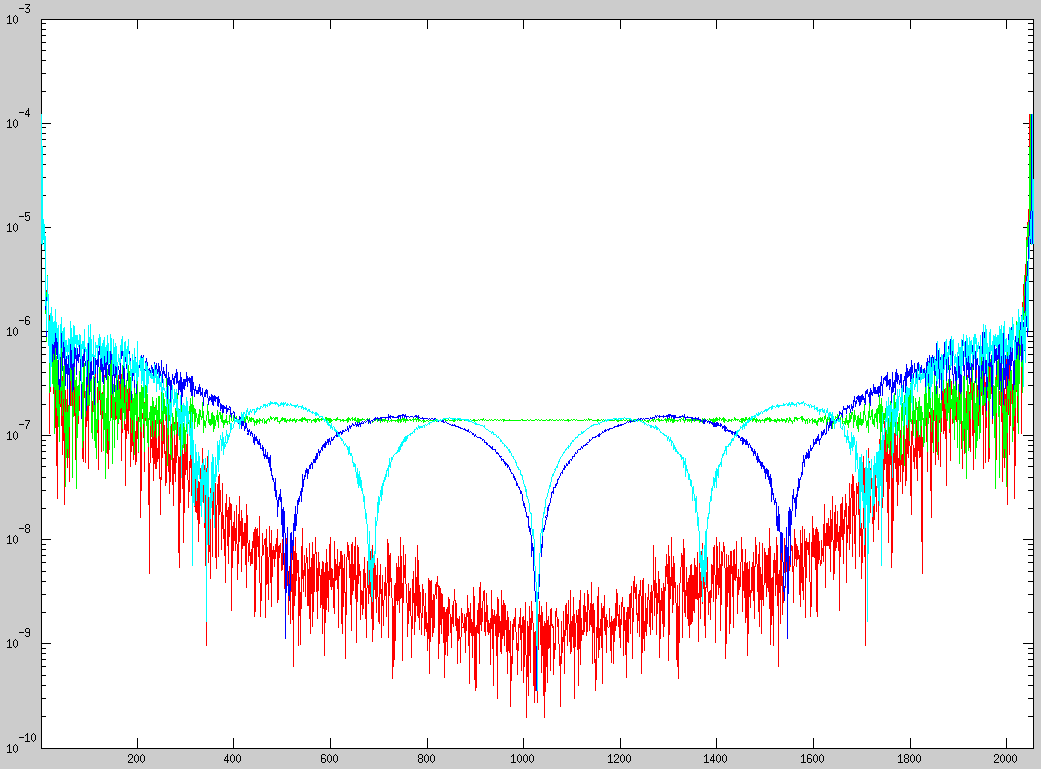 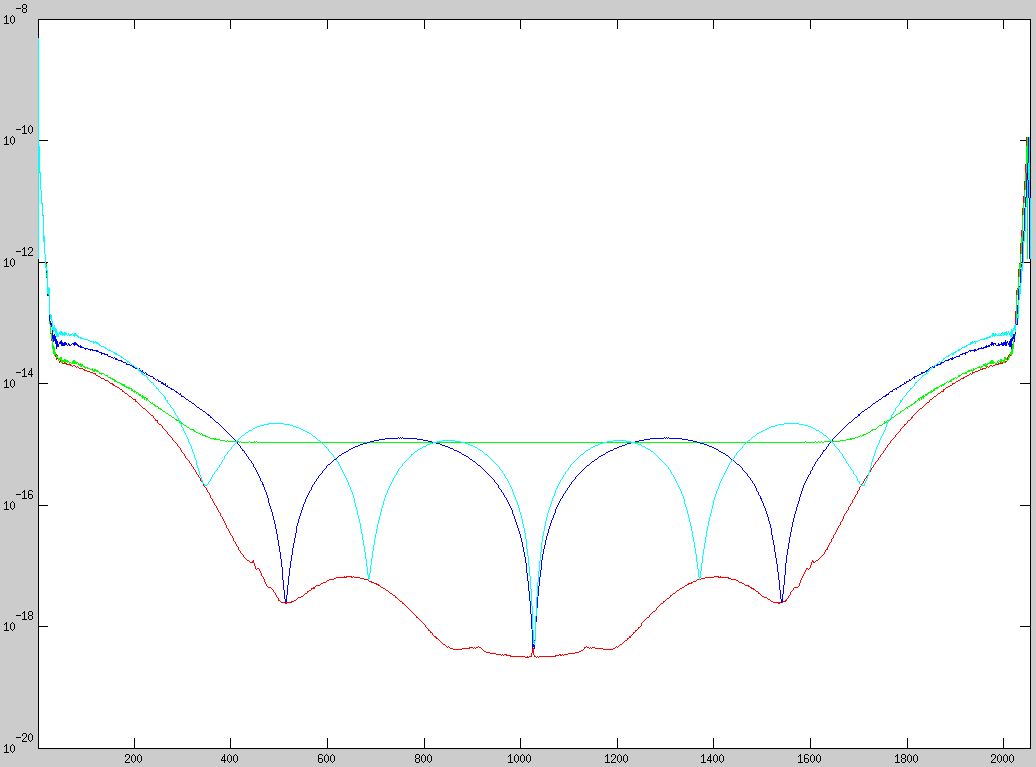 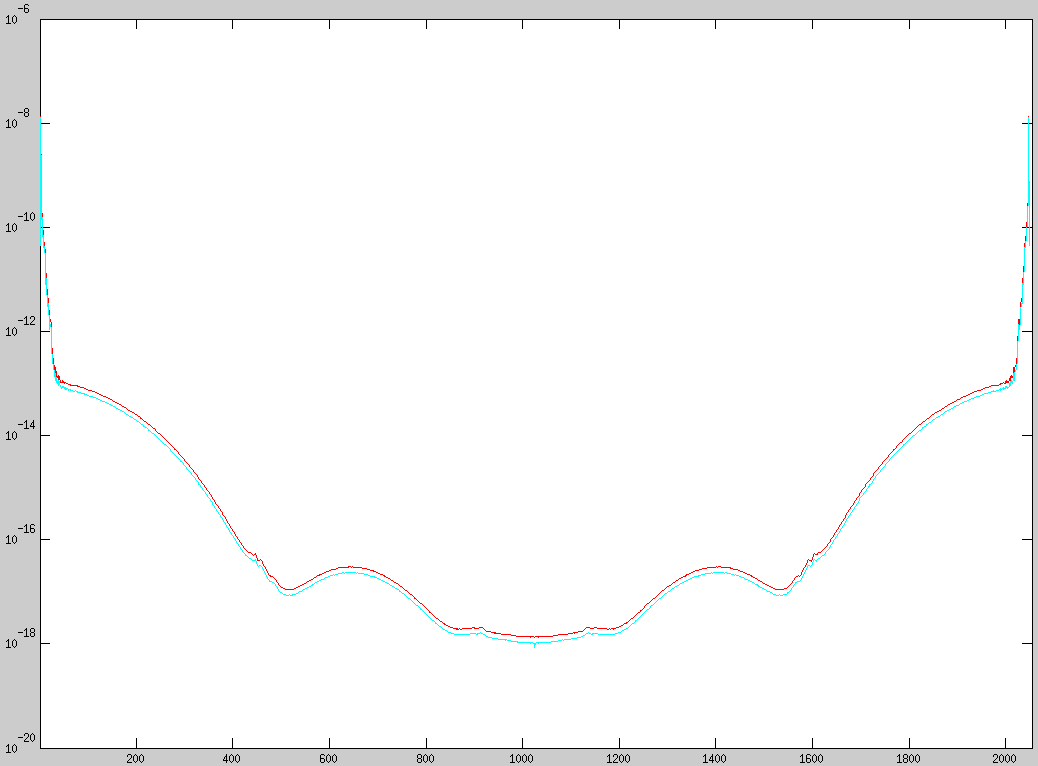 19
Why does spectral leakage arise in an FFT?
4
Effect of sampling interval length and Gaussian noise on the frequency-spectrum

1
MRI reconstruction using windowing based apodization
12
DFT - Removing window effect in spectral domain with convolution
1
Spectral window when FFT is not a power of 2
11
Effect of windowing on noise
2
Low-pass vs. windowing function in front of FFT
0
Sampling, filters, windowing, FFT. From theory to help on this coding list
2
Window Choice of FFT