I'm a bit confused with some details about frequency domain or studying systems with Laplace and Fourier analysis.

Let's say we have a system with a transfer function $H(s)$ with no poles and zero's at origin. We know that the transfer function is a ratio between output and input. Also, an input of $X(s)=1$ represents a single impulse (Dirac) in time domain, which can be viewed as a signal containing all frequencies in frequency domain. Also, applying this input to the system will lead to an output $Y(s)$ which is equal to $H(s)$ which is like the system's unique characteristic (its transfer function) and also can be viewed as a response to all frequencies. This signal $H(s)$ can be transformed back to time domain.

Let's say we have a system whose impulse response is something like this:

When I studied Fourier Transform we used to study system's response and Bode plot by analysing variations in $\omega$. So, for example, making $\omega=0$ we could find the system's DC gain. Making $\omega$ low values we can observe the system response to low frequencies and the same for high frequencies with high values in $\omega$. It was very useful to study filters, for example.

But note that all of this is only using the transfer function. And the transfer function may have an appearance like this above. And this does not make sense to me. If we think of the time->frequency transform, we should think that in frequency domain we are finding all frequencies which compose our signal in time domain, correct? This explains the Dirac containing all frequencies, for example. So, when making s=0 we should find H(s)=0 since this signal above does not have a DC level. 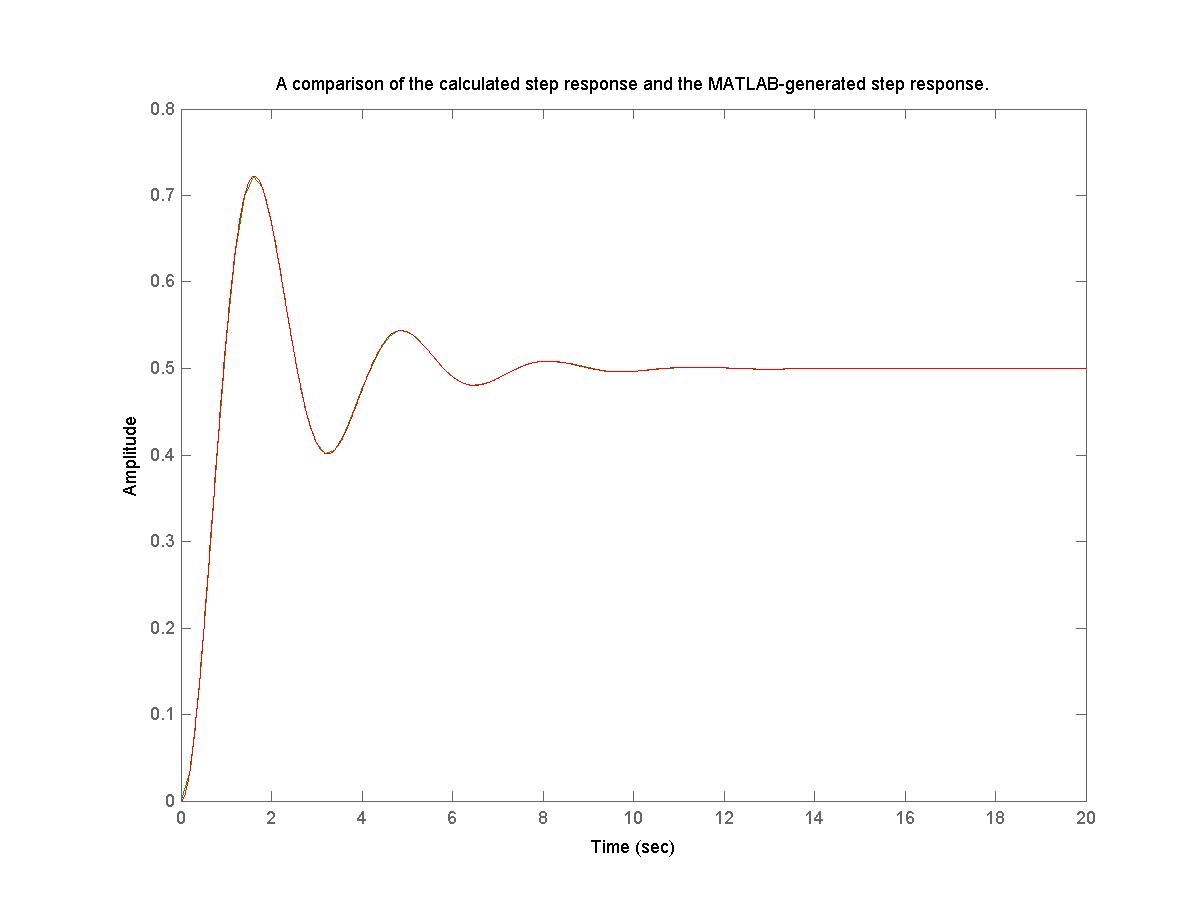 We saw that for this system (with no poles at origin), we can find something like $H(0)=K$ which represents the system's DC gain. Applying a step response will lead us to a signal $\frac{H(s)}{s}$. So now making now s=0 will lead us to $+\infty$. Again, if we think of this signal being the one above but represented in frequency domain, making s=0 should left us a DC finit level since the time domain representation show us that the signal contain a limited DC level.

I know the final and initial value theorems but still I want to understand these relations between these domains.

Note that if we want to study a filter response, we should apply some signal to the input and see what is the output. Mathematically we should convolute these signals in time domain or multiply in frequency domain and see what is the resulting signal. In time domain it all makes sense since we just convolute and see the system's response. In frequency domain it also makes sense just like the case where you use $X(s)=1$ which represents all frequencies and multiply by the system and see the resulting signal. But when thinking about the same signal being represented in both domains, I think I'm messing things up.

The impulse response and the transfer function of an LTI system are different, sometimes extremely different (except for a specific shape of Gaussian).

There appears to be some confusion between Laplace and Fourier ,,frequencies'' - Actually, only the bases of the Fourier domain are periodic. The Laplace domain is only formally similar. Actually, in both cases, a parameter of $0$ will display ,,the DC part of the signal'', which makes it even harder to understand. Additionally, you seem to confuse $t$ and $s$. With $s=0$, you're trying to express a step at time $0$, which the Laplace transform just doesn't do well. You could take a limit, however.

Not the answer you're looking for? Browse other questions tagged frequency fourier or ask your own question.