I have sucessfully implemented a STFT (+inverseSTFT with perfect reconstruction of original signal, with overlap add, etc.) in order to work on audio files.

Using this STFT / iSTFT framework, I have tested : 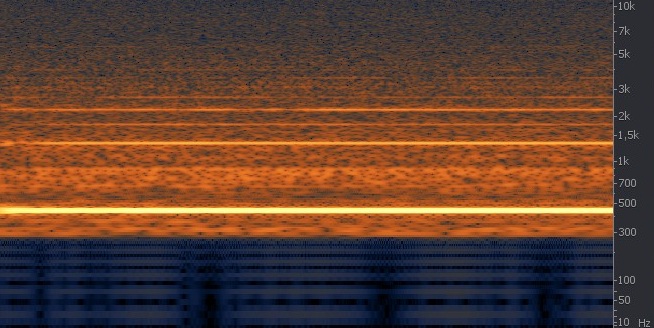 I would prefer (for the low frequency 0hz-300hz) something like : 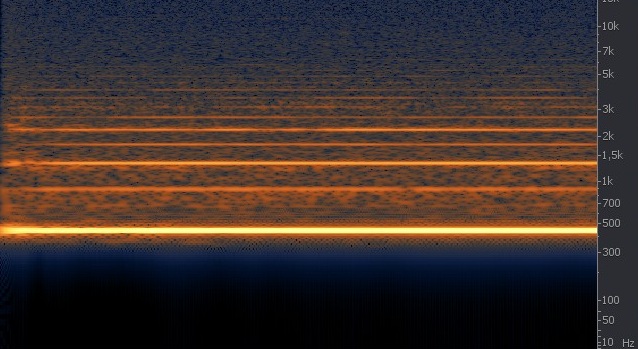 What should I do in the STFT array in order to do a good hi-pass filtering? (i.e. having a clean spectrogram in the low frequencies like the second picture here)

PS : here is the STFT scheme I use in Python : http://pastebin.com/MdycVLQk

The techniques you are referring to advanced techniques, and are generally known as "Denoising via STFT-masking".

Next, you apply an inverse STFT, and this can be done by finding the Least Squares Estimate of a time-domain signal, that would give the modified (complex) STFT after you have performed the masking. (See this paper here and Equation 6 of Griffin and Lin for a Least-Squares treatment of inverse STFT transforms via Time-Frequency bin nulling). (In your STFT inversion, you must also make sure that the sum of the window co-efficients across summed frames add up to unity, so often times half cycle sin window is used with 50% overlap in the STFT analysis. This is not the only solution however).

Therefore in its simplest incarnation, filtering out high-frequency components in the STFT domain means simply setting those STFT bins to zero, and then applying the Least-Squares Optimization algorithm to re-synthesizing your time-domain vector. (Similarly, if you want to do a high pass, you can null out, or softly change, the STFT coefficients in the low bands of the matrix). Note that the LSE will be intrinsic to the ISTFT if you use the Griffin paper.

You need to analyze the impulse response of your frequency domain modifications (treat it as a filter), and make sure the length of your overlap (using overlap save/add) is at least as long as the significant portion of this impulse response (above your desired noise level). This may require a longer FFT, or a frequency domain modification with wider "softer" transition-bands (or both).

You cannot just multiply the STFT frames with your filter response and invert the fourier transform to get a filtered signal. Any multiplication in frequency domain is a convolution in time domain. And the frequency response you use has a certain time domain kernel associated with it. This kernel will wrap around at the two frame boundaries when you convolve like that, because FFT convolution is inherently circular. Specifically steep filters like your high pass will have a rather long range effect on samples and introduce the artifacts you're seeing.

Not the answer you're looking for? Browse other questions tagged fft filters filter-design signal-analysis stft or ask your own question.