Autocorrelation of a stochastic process which is a sum

Let's say that a stochastic process is defined as $$X(t) = \sum_{n = -\infty}^{+\infty} X_n * f(t- nT)$$ where $X_n$ is the $n$-th symbol among independent random symbols. I have proved that $\mathbb E[X(t)] = 0$. But, I want to prove that this stochastic process is Wide Sense Stationary(WSS) which means by definition that its autocorrelation function $R_{xx}(t+k,t) = \mathbb E[X(t+k)*X(t)] = R_x(k)$ i.e. the auto-correlation function of $X(t)$ depends only on $k$, which is the time difference between $t+k$ and $k$. What I have proved is that the auto-correlation function of $X(t)$ is zero but I am not sure that this proves that this stochastic process is WSS. I have attached a picture of the problem and what I have done so far in order to be clearer. 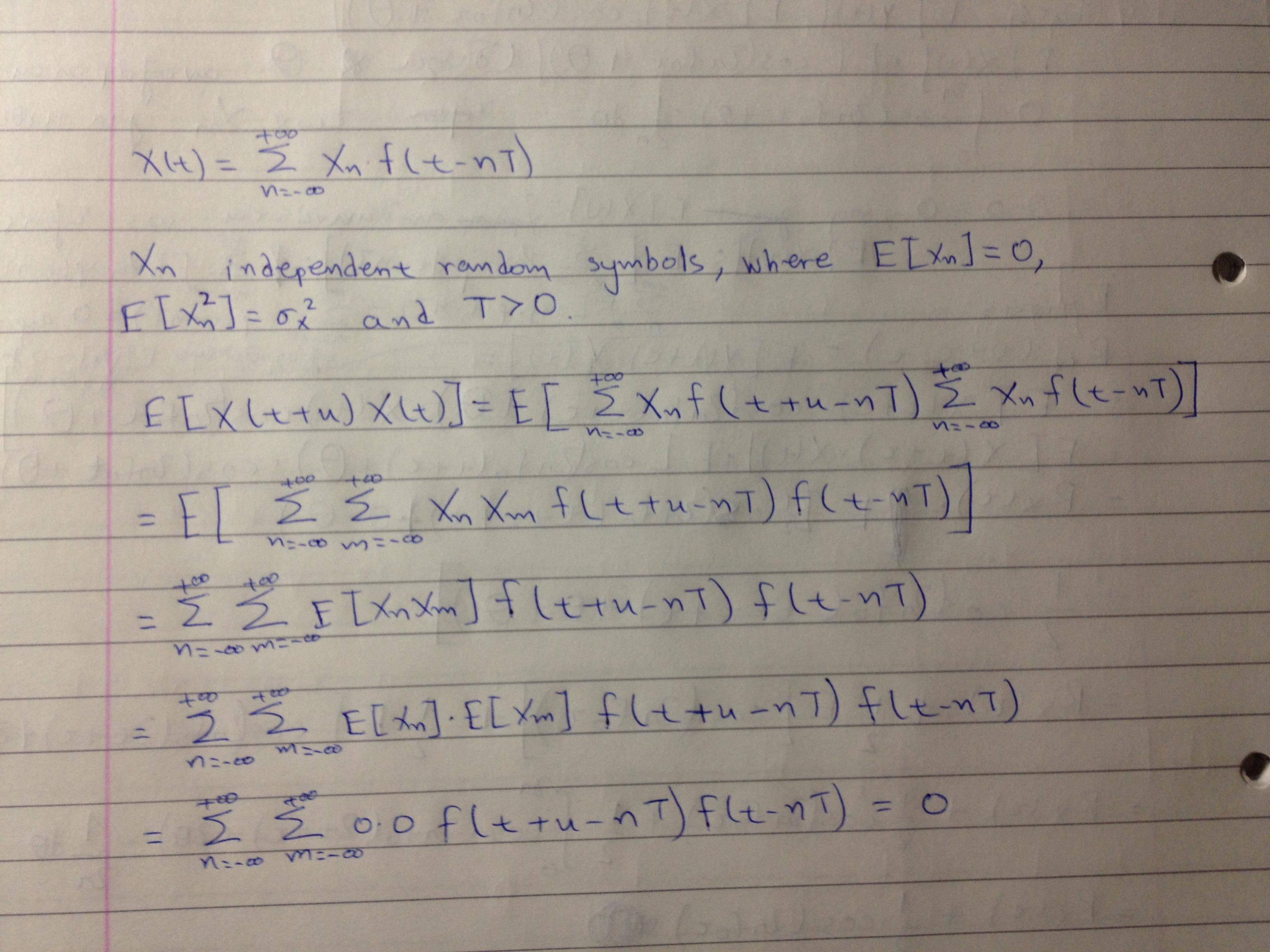 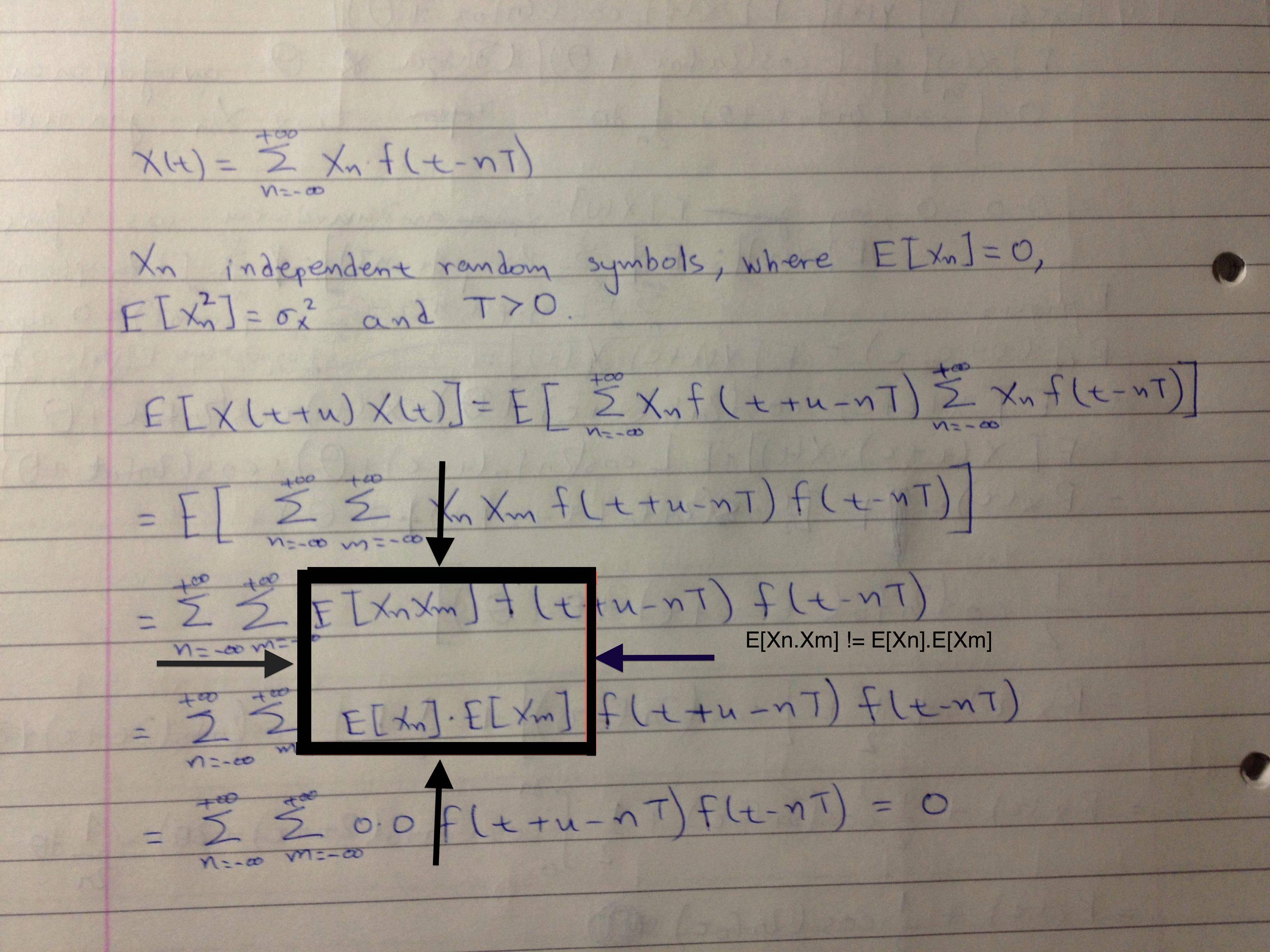 Not the answer you're looking for? Browse other questions tagged continuous-signals autocorrelation or ask your own question.