I have a device (whose behaviour I can't change) which does the following signal processing:

The incomming signal contains two frequencies $f_1$ and $f_2$. One has a huge amplitude, the other a smaller one:

An example for this signal (only the beating envelope is visible) is depicted below. 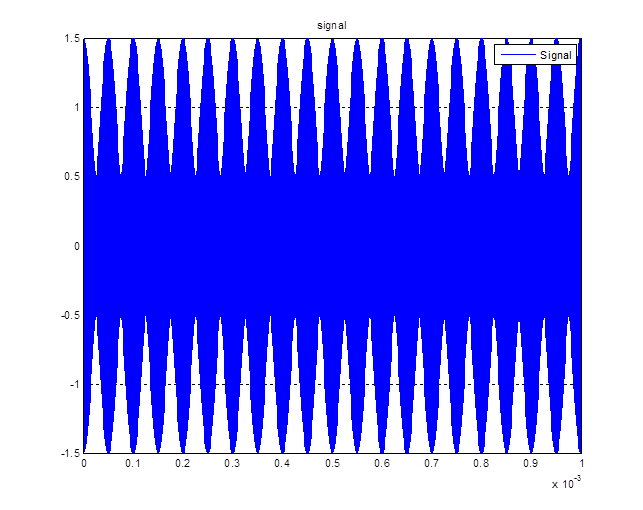 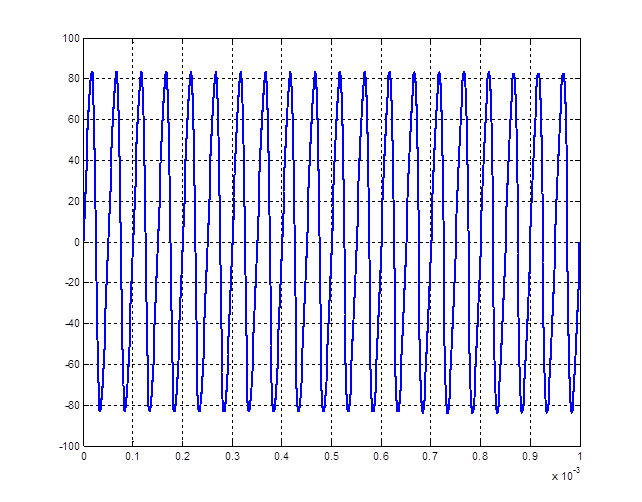 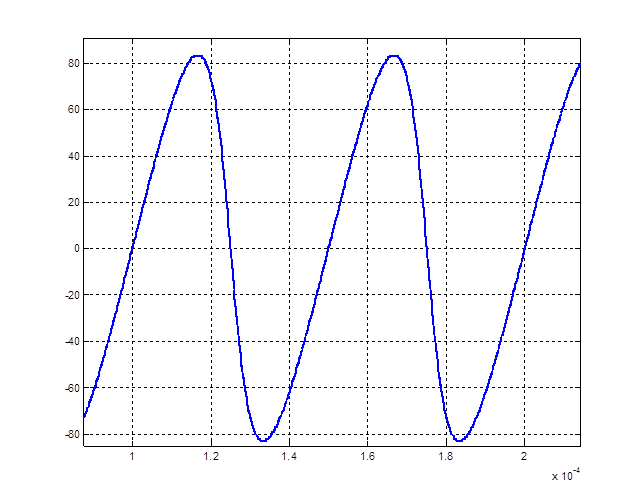 My problem is: This signal is not a pure sine wave but it contains some additional frequencies - as already visible in the zoomed phase signal. The DFT shows the containing frequencies (which are harmonics). They are depicted below. 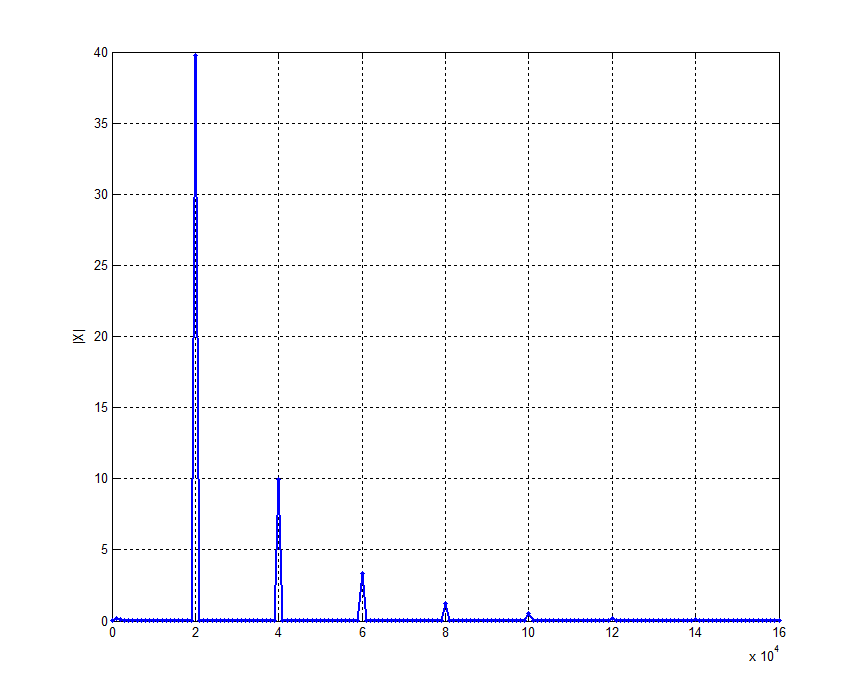 Does anyone know an equation for the amplitudes of those frequencies as a function of the amplitude and frequency of $X_{01}$ and $X_{02}$?

To make it more complex, I unfortunaly have a second interfering signal at $f_3=19.08e6$. Is there an equation for this case, too?

Browse other questions tagged discrete-signals signal-analysis modulation phase or ask your own question.

10
Calculate and interpret the instantaneous frequency
0
Maximum Likelihood carrier phase estimation of $A\cos(2\pi f_ct)$
0
How can I describe a sum of sinusoids by an equivalent lowpass signal?
1
Relation between Normal Phase Shift of a wave and Phase Modulation
0
Phase error correction for Fourier transform basis vectors
3
Orthonormal Dictionaries for Band Limited Signals
3
Why is a bandpass filtered analog PM signal still PM and not AM