Why do we use keypoint descriptors?

I just studied about SURF and I'm going for its implementation, but I still didn't understand why we use descriptors.

I understand what keypoints are and their purpose, but when we extract the keypoints than why do we need to use descriptors ? What is their importance and role in recognition?

Depending on the algorithm used to extract keypoint (SIFT, Harris corners, MSER), you will know some general characteristics of the extracted keypoints (e.g. they are centered around blobs, edges, prominent corners...) but you will not know how different or similar one keypoint is to the other.

Here's two simple examples where only the position and keypoint area will not help us:

So, here come descriptors: they are the way to compare the keypoints. They summarize, in vector format (of constant length) some characteristics about the keypoints. For example, it could be their intensity in the direction of their most pronounced orientation. It's assigning a numerical description to the area of the image the keypoint refers to.

Some important things for descriptors are:

Now, that you calculated descriptors for all the keypoinst, you have a way to compare those keypoints. For a simple example of image matching (when you know the images are of the same object, and would like to identify the parts in different images that depict the same part of the scene, or would like to identify the perspective change between two images), you would compare every keypoint descriptor of one image to every keypoint descriptor of the other image. As the descriptors are vectors of numbers, you can compare them with something as simple as Euclidian distance. There are some more complex distances that can be used as a similarity measure, of course. But, in the end, you would say that the keypoints whose descriptors have the smallest distance between them are matches, e.g. same "places" or "parts of objects" in different images.

For more complex use of keypoints/descriptors, you should take a look at this question -- especially the "low-level local approach" in my answer and "Bag-of-words" approach in @Maurits answer. Also, links provided in those answers are useful.

For example, if you shot two images with the same object but with different exposure level, you would get a multiplied version of image. A descriptor that will take the pixels and normalize them by their mean and standard deviation level would have same outcome, saying that these two objects are the same. That is good, because it allows us correct matching 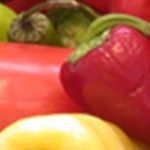 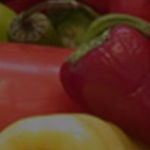 Thus, your descriptor is needed to correctly match same objects.

49
What algorithm does Google use for its "Search By Image" site?
2
Image correlation confidence measure

10
How to estimate octave and size for visual features positioned at Harris corners
4
Binary descriptors
4
Licence plate detection with different backgrounds
8
Purpose of image feature detection and matching
2
How to achieve full number of words in a Bag-of-Features model based on Hierarchical K-Means?