I need to analyze some vibration data from accelerometers (g-Hz) but I don't quite understand the meaning of each component that the registered signal contains. Basically it is Magnitude and Phase. I'm able to get the Real/Imaginary parts from those two as well.

Today I plotted Real vs Imaginary parts (Nyquist plot/diagram, correct me if I'm wrong). These are the results: 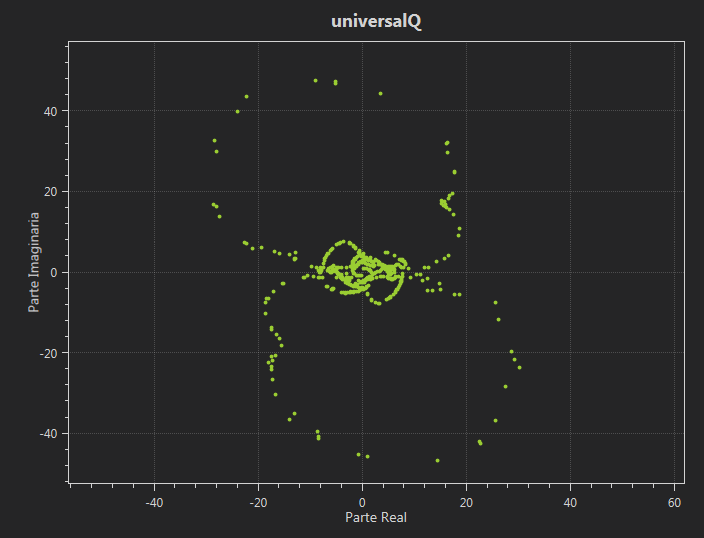 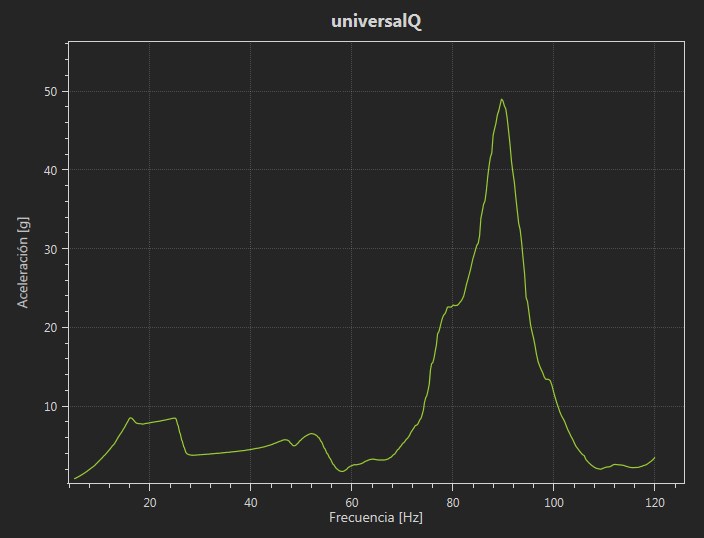 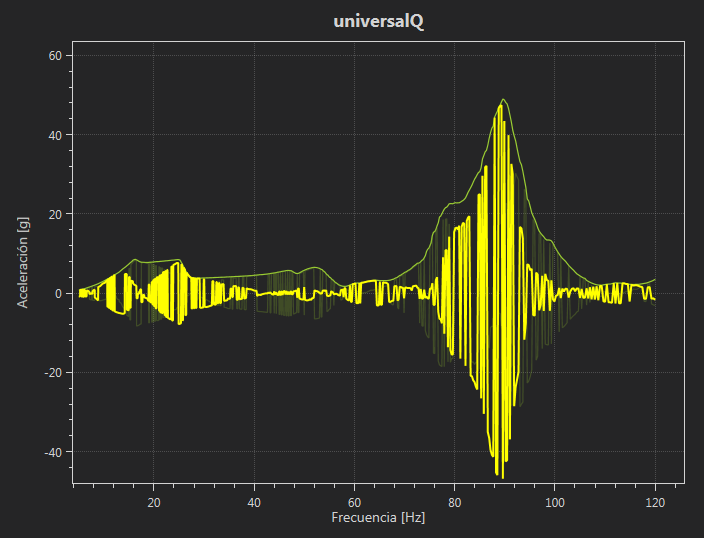 The Nyquist shows like a circular pattern, sometimes there are spirals, sometimes just random points. What could this mean?

The second picture displays the Magnitude of this particular accelerometer.

In the third the raw Real/Imaginary parts are included. The Magnitude is the RSS of Re/Im parts. I've realized that I need to compare (divide by) this channel to the reference (the input or control channel).

The last one shows the chaotic Phase, it gets better if I do the same as at Re/Im parts: compare to the reference, in this case I subtract in order to get the gap between the input and my channel (output). 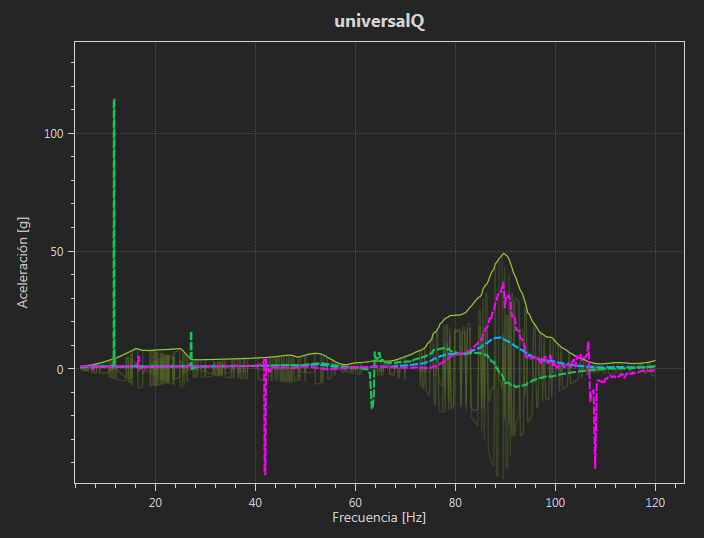 The blue line is the subtraction.

It would be great if someone could help me to have some better understanding and interpretation of this kind of data.

By the way, is Argand diagram the same in essence as Nyquist?

EDIT: The vibration signal comes from a UFF (Universal File Format) dataset 58, the test consists in measuring the response of 50-100 accelerometers attached all around the structure to a sinusoidal motion (varying in frequency). There is an accelerometer situated in the base, so it is measuring the real input to the system (in g-Hz).

The hardware of the test transforms internally the response from g-s (time) to g-Hz with some kind of Fourier Transform algorithm I believe.

As the vibration may not be in phase with the input motion the gap between them is also measured. For example: a gap of 180 degrees between an accelerometer and the base means that if the shaker is going up in a particular instant, this accelerometer is going down.

The "Nyquist plot" you have is really just the Fourier transform of the vibration data. That the plot is "circular" doesn't mean much: it just means that the phase of the signal is continually increasing and that the magnitude is (roughly) constant.

I wouldn't call such a plot a Nyquist plot. Nyquist plots are plots of the transfer function of a system. You may be able to use your measured signal and the reference to attempt to generate a Nyquist plot, but it's probably not going to be just a matter of multiplying / dividing Fourier transforms of the signals.

Generally, plotting the Fourier transform of a signal on the complex plane doesn't show much useful information. More useful is to plot the magnitude against frequency, as this shows the dominant frequencies in the signal.

The reason the phase plots are "chaotic" (sic) is that the signal is noisy. Taking the argument of a noisy complex signal will nearly always generate discontinuous phase plots.

I believe an Argand diagram is the same as your "Nyquist plot".

Not the answer you're looking for? Browse other questions tagged signal-analysis frequency-response or ask your own question.