Why does spectral leakage arise in an FFT?

I've tried googling and wikipedia-ing it, but I haven't gotten any answers beyond 'it's because the frequency of the input signal is sitting between two bins'.

I understand that this is the reason, but what I can't understand is why the leakage seems to extend to several adjacent bins rather than only one adjacent bin.

To illustrate what I'm talking about, here's some simulated data (code at the end of the post) : 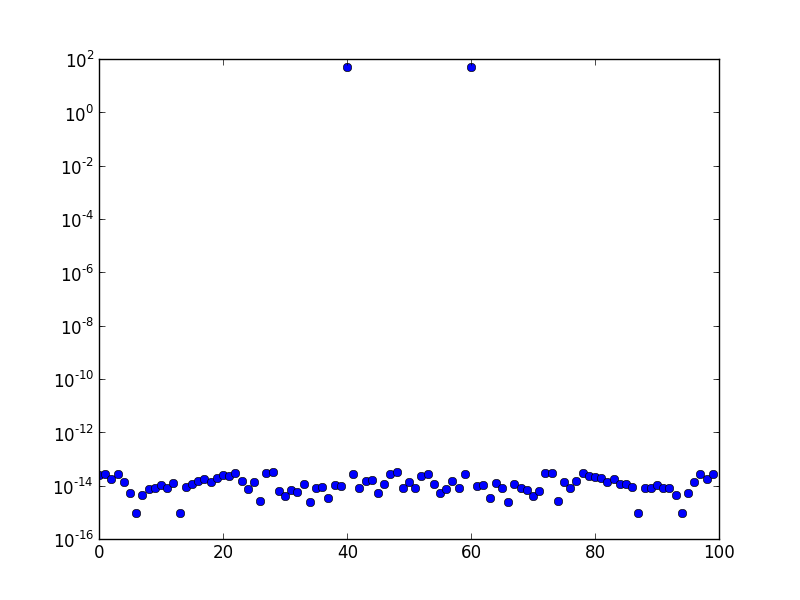 Above is the FFT spectrum (plotted on a log scale) of a sine wave of frequency 10. The sampling rate is one, and the number of samples is 100. The graph has been FFT-shifted. There's clearly only a peak at bin 10, and the rest is on the order of numerical error, or there about. 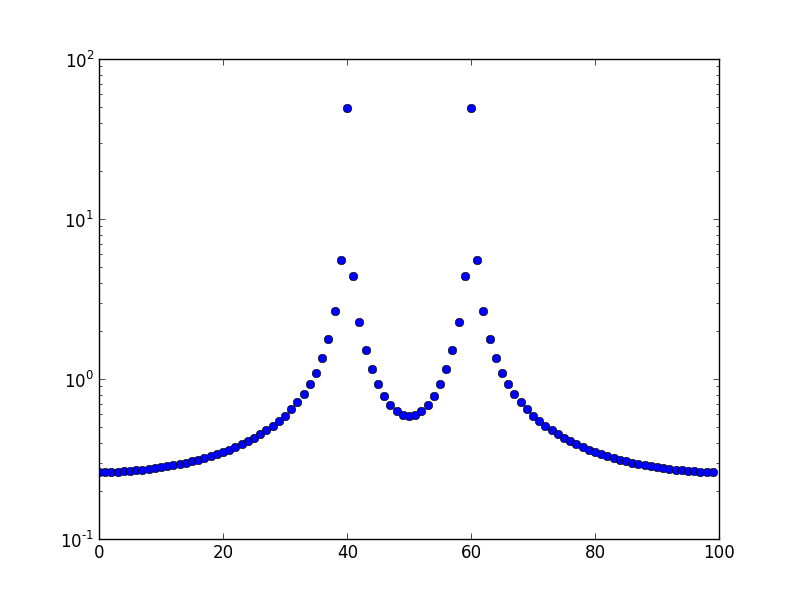 This is the frequency spectrum at a generated frequency of 10.1. Clearly there is 'leakage' into more bins than just the immediately adjacent bin. 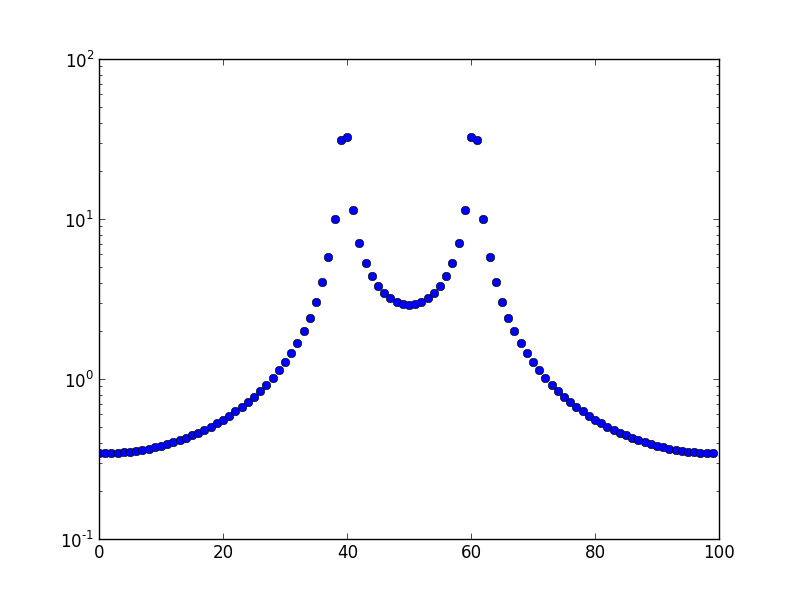 Question: Why is there this leakage, and why does it extend to all the other bins, rather than the immediate adjacent bin?

An FFT has finite length, and thus constitutes a default rectangular window on a data stream. A window in the time domain results in a convolution in the frequency domain with the transform of the window. Note that the transform of a rectangular window is a Sinc function (sin(x)/x), which has infinite width. It's not just 2 bins in width. Thus the ripples of the Sinc function will show up as "leakage" far from any spectral peak that is not perfectly periodic in the FFT's length. 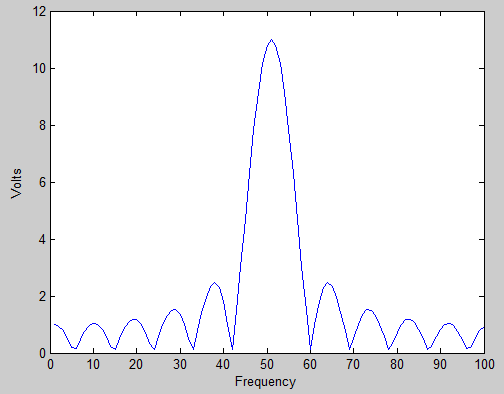 Another way to look at it is that an FFT is just a filter bank, where each filter stop-band floor has lots of ripples, and is certainly not infinite in attenuation more than 1 bin away from center frequency. Some windows (von Hann,etc.) other than rectangular have lower stop bands, which is one reason for their popular use.

Thank you for NOT explaining leakage by saying, "The FFT assumes that its input sequence is periodic." That silly notion of 'assumed periodicity' is, sadly, repeated far too often in the literature of DSP

and at the same time answer the question too. Note that I am note an expert in this field --- feel free to comment, correct or confirm.

so that the DFT of the original signal is the convolution of the DTFT of it's "periodicized" version with the Fourier transform of a rectangular window... which is a $\text{sinc}$ because (in the continuous framework and centered on 0 to simplify...):

The convolution with a $\text{sinc}$ produces the observed side-lobes (except in some specific cases).

5
About Discrete Fourier Transform vs. Discrete Fourier Series
2
Calculating the extent of spectral leakage
3
Working around FFT windowing?
2
How to interpret a 1D-DFT of an image with a sinus grating/gradient compared to its 2D-DFT outcome?
1
Window functions and the Fourier transform
0
Difference between two sine generators
0
DFT independent variable as fraction of sampling rate
0
Why sine wave leakage in FFT spectrum
0
Analyzing Spectrum of a signal?